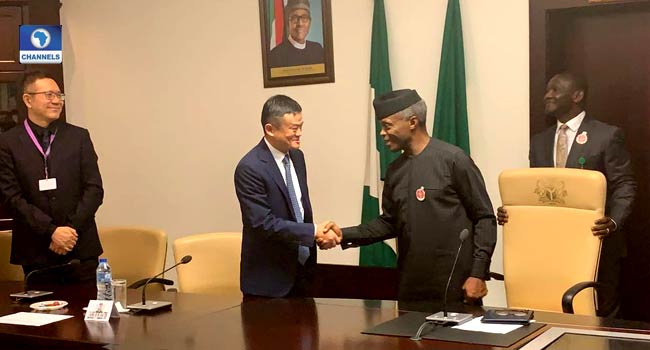 Vice President Yemi Osinbajo at the meeting with the business mogul promised government support to businesses willing to invest in Nigeria.

Mr. Jack Ma is leading a large delegation of Chinese investors to Nigeria.

In response to Vice President Osinbajo, he explained that he is in the country to honour the VP’s invitation extended to him earlier in Davos, Switzerland.

He disclosed that he is pursuing a programme which he terms “Four Es” – E-infrastructure, Entrepreneurship, E government and Education.

Alibaba is one of the world’s largest retailer and e-commerce company, and one of the biggest investment corporations in the world. 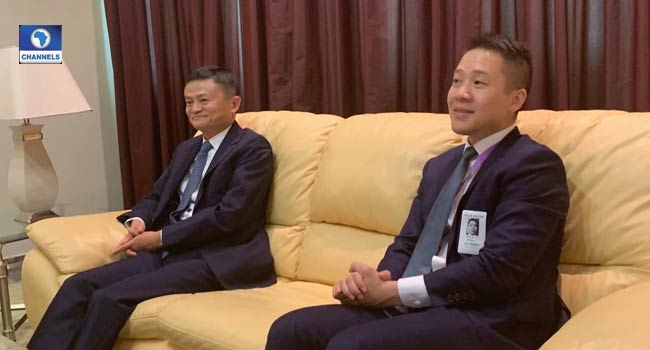 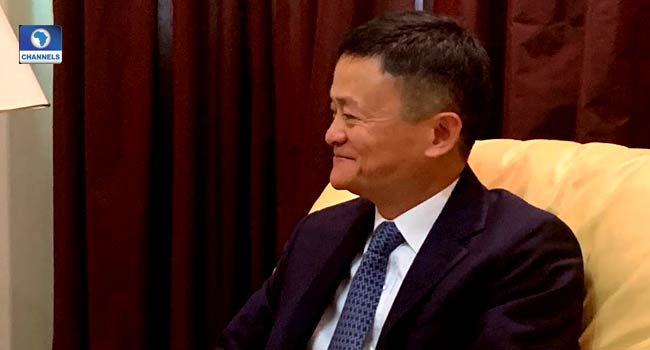