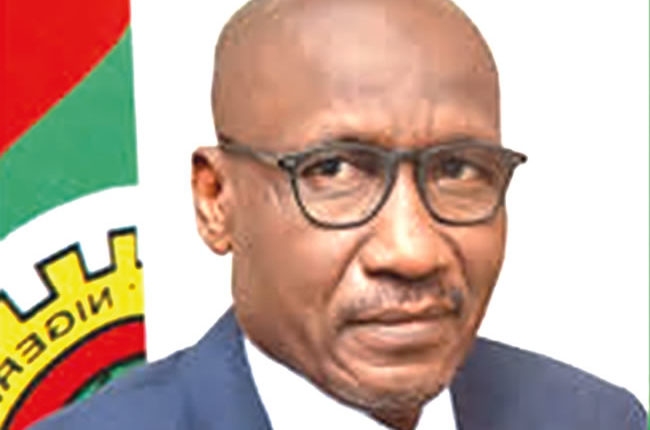 Kyari gave the charge during a documentary presentation on Nigeria’s crude oil production situation, vandalism & oil theft and security measures being considered to restore production and improve revenue to members of the House Committee on Petroleum (Upstream), chaired by Hon. In his remarks, the Chairman of the House Committee on Petroleum Resources (Upstream), urged President Muhammadu Buhari to declare a state of emergency on crude oil theft.

Hon. Adar who acknowledged the company’s effort in addressing the menace underscored the need to put in place a monitoring mechanism for the pipelines.

While noting that crude oil theft is an “elitist business”, Kyari argued that the drop in Nigeria’s daily crude production was due to the activities of thieves and vandals, stressing how they have gone too sophisticated.

According to the NNPC accounting officer, Nigeria lost over $1.5 billion worth of crude oil to theft between January and March 2022, amounting to a loss of about 250,000 barrels per day.

He assured that efforts are underway to ensure that the Economic and Financial Crimes Commission (EFCC) and Nigeria Financial Intelligence Unit (NFIU) track the movement of illicit funds accrued through oil theft to the international market.

In the bid to address the challenges, he underscored the need to prosecute promoters of illegal refineries.

“We must have a special court to try those behind this business, this is an elite business, it is not done by poor people,” he stated.

Kyari said thieves and vandals have rendered some of NNPC Limited’s terminals useless, it was forced to shut them down due to zero production. “Some of the activities are done in a very professional manner. It is a daunting situation, but we’re contending with it”, he said.

He explained that some arrests have been made, involving “high calibre oil thieves”, but expressed worries over the slow speed of prosecution at the regular courts.

On the recent hike in the price of diesel, Mr Kyari said it was a result of the coordinated efforts of security forces, which succeeded in seizing the product coming through illegal refineries, but that intervention of the NNPC has paid off, assuring that the price will normalise in the coming weeks.

YOU SHOULD NOT MISS THESE HEADLINES FROM NIGERIAN TRIBUNE

We Have Not Had Water Supply In Months ― Abeokuta Residents

In spite of the huge investment in the water sector by the government and international organisations, water scarcity has grown to become a perennial nightmare for residents of Abeokuta, the Ogun State capital. This report x-rays the lives and experiences of residents in getting clean, potable and affordable water amidst the surge of COVID-19 cases in the state…

The Lagos-Ibadan railway was inaugurated recently for a full paid operation by the Nigerian Railway Corporation after about a year of free test-run. Our reporter joined the train to and fro Lagos from Ibadan and tells his experience in this report…