Ogaga Ifowodo (born May 14, 1966) is a Nigerian lawyer, scholar, poet, columnist/public commentator and human rights activist. He was awarded the 1998 PEN/Barbara Goldsmith Freedom to Write Award, given to writers “anywhere in the world who have fought courageously in the face of adversity for the right to freedom of expression.

Ifowodo was born in Oleh, Delta State of Nigeria.[2] He attended Federal Government College, Warri, for his secondary education. He studied law at the University of Benin from where he obtained an LL.B in 1989. He was called to the bar in 1991 and has worked for many years as a human rights activist with Nigeria’s Civil Liberties Organisation (CLO). He also attended Cornell University, from where he obtained his PhD in 2008.[4] He also holds the Master of Fine Art (MFA) in poetry, and a PhD in English (post-colonial literary/cultural studies) from Cornell University, New York. 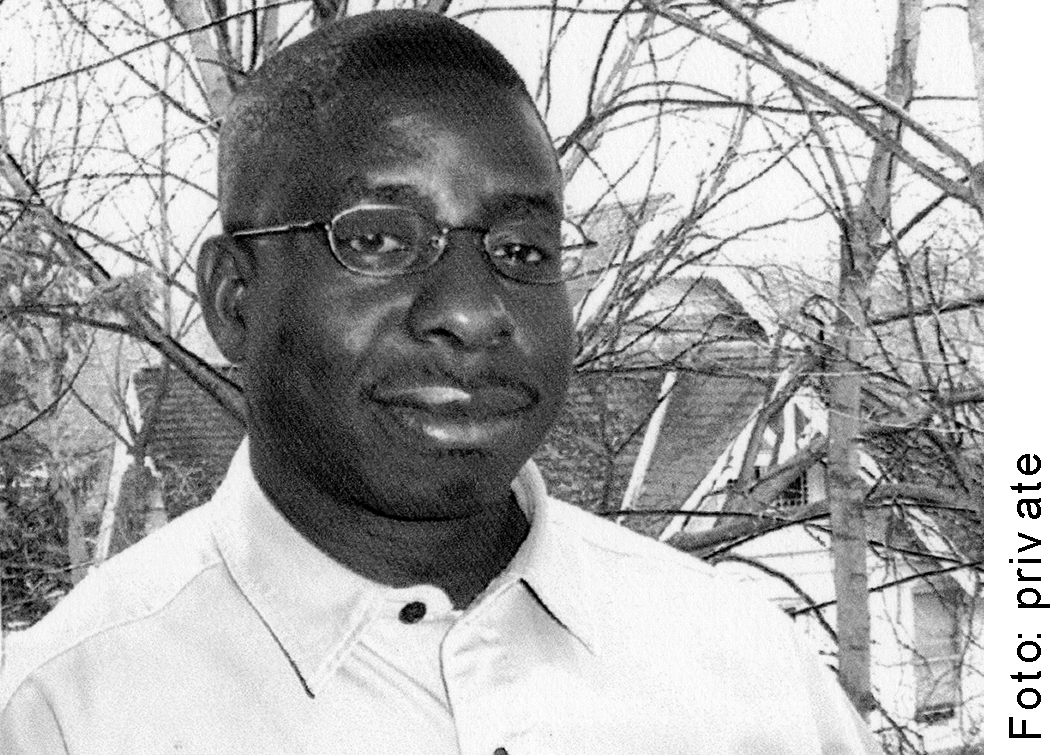 He previously taught poetry and literature at Texas State University, San Marcos. His work has been translated into German, Dutch, Romanian, Turkish and Italian. He served as a commissioner for the Nigerian government from 2016 to 2019. He remains active in the human rights sector, and he currently practices law in Nigeria.

Work as a columnist

Ifowodo is a well-known poet and writer. He has published op-ed articles in virtually all of Nigeria’s major newspapers. He wrote the fortnightly column “For Crying Out LOUD!” in Vanguard until July 2016. He has also published four books of poetry and his poems have been widely published in several anthologies and literary journals across the world, including Voices from all Over: Poems with Notes and Activities, The Times Literary Supplement, Poetry International, The Massachusetts Review, Crazyhorse, The Dalhousie Review, Atlanta Review, Mantis, Drumvoices Revue, and Migrations (an Afro-Italian anthology selected by Wole Soyinka for the Lagos Black Heritage Festival).

In 1997, while returning from a Commonwealth Heads of Governments Summit in Edinburgh, Scotland, Ifowodo was arrested by the military regime of Sani Abacha regime for calling for stronger sanctions against the dictatorship.[4] He was incarcerated, along other human rights activists, writers, and journalists, including his friends and writer Akin Adesokan and Babafemi Ojudu.[9][10] He was never tried nor released until 1998, following sustained campaigns by Nigerian and international human writers and writer organisations. He was awarded the PEN/Barbara Goldsmith Freedom to Write Award, the Free World Award of the Netherlands-based Poets of All Nations and adopted as an honorary member of the PEN Centres of Germany, United States, and Canada.

Excerpts from his detention memoirs have been published in Gathering Seaweed: African Prison Writing (Heinemann), in New Writing 14 (Granta), in Nigeria’s Vanguard newspaper, and on African-Writing.com.

In 2014, Ifowodo returned to Nigeria from the United States where he had done postgraduate studies and taught for thirteen years.[citation needed] He sought the nomination of the All Progressive Party for a seat in the House of Representatives but, hampered by inadequate financial resources, did not get past the primaries. He had tried unsuccessfully to raise 57 million naira for the bid.[12] In 2016, Ifowodo was appointed to the Niger Delta Development Commission (NDDC) Board of Directors.[13] He served as the federal government commissioner for Delta State until 2019.[14][15]

Homeland and Other Poems

Ifowodo’s first collection of poems, Homeland and Other Poems was published in 1998 by Kraft Books; a second edition was published in 2008 by Africa World Press It is 69 pages long, a collection “largely written in (and bordering on) the military era of Nigeria… describing the despicable situation of the Nigerian society during the period in question.” As a manuscript, it won the Association of Nigerian Authors (ANA) Poetry Prize in 1993.

Ifowodo’s second collection was titled Madiba and was published by Africa World Press. It is 90 pages long.[21] In it, Ifowodo “captures the angst, the failed hopes and the glaring despair of this generation.” The collection won the ANA/Cadbury poetry prize in 2003.

Ifowodo’s third collection, The Oil Lamp, was published by Africa World Press in 2005.[23][24] It was described as “a deliberate intervention in the Niger Delta debate”.

In 2016, Ifowodo released his fourth collection of poetry titled A Good Mourning (Parrésia Publishers). It is a work containing 26 poems over 78 pages.

It was hailed as “a work of “entrancing quality,” with a “familiar strangeness… The authenticity of the voice and the resonance that dot every line, are the stuff great and enduring poetry is made of.”

A Good Mourning, the author says, is his poetic reflection on “the intimacy of evil”, particularly the devastating blow to the psyche of the people caused by the annulment of the June 12, 1993 elections “by General Ibrahim Babangida, a military dictator.”

In July 2017, A Good Mourning was longlisted for the Nigeria Prize for Literature, along with ten other works by Nigerian authors. In August of the same year, it was shortlisted, along with Tanure Ojaide‘s Songs of Myself and Ikeogu Oke‘s The Heresiad. The Prize, valued at $100,000 was won by Oke.[36]