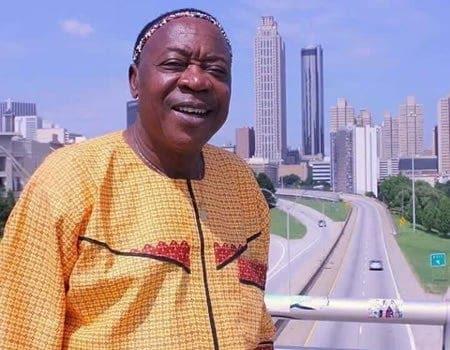 By Uche Amunike
The death has been announced of veteran Highlife musician, Ambassador Osamoyore Joseph, who was kidnapped, October 3rd, after his performance at the one year coronation anniversary of the Oba of Benin at the Oba’s palace and died five months before his 72nd birthday.
His death was announced by the Edo State Chapter of the Performing Musicians Association of Nigeria, PMAN, through a statement released by the Administrator/Governor of the Chapter, Comrade Willy Eghe-Nova.
The statement read: ‘PMAN has this Saturday afternoon, June 11, 2022, lost a great member and music legend, Ambassador Osayomore Joseph. May his creative soul rest in peace.’
The son of the deceased musician, Jaytunes Osayomore, while confirming his father’s death, stated that he died as a result of a stroke he suffered a few weeks prior. According to him his late father’s death occurred at the University of Benin Teaching Hospital (UBTH) on Saturday morning at the age of 72.
Hear him: ‘He passed on around 10 am. He had issues, he had the first stroke attack that we were managing before now. We have been managing it for about a month now, we took him to Benin Medical Centre before he was moved to UBTH. He got back approximately a week ago and it got aggravated again so we had to move him back to the hospital three days ago and he died in UBTH yesterday. (Saturday).’
‘He was a great teacher, I will miss so many things about him. I will miss his teachings, our discussions, and his jokes. He was so much to us.’
Chairman of Copyright Society of Nigeria, COSON, Chief Tony Okoroji on his part, posted in his verified social media handle: ‘PMAN has this Saturday afternoon, June 11, 2022, lost a great member and music legend, Ambassador Osayomore Joseph. May his creative soul rest in peace.’
Ambassador Osayomore Joseph has also been mourned by the Edo State Governor, Godwin Obaseki, who described him as an enigmatic and versatile musician.
His tribute: ‘I am deeply saddened by the news of the passing of music maestro, Ambassador Osayomore Joseph, who took the music world by storm with his talent and exported the Benin culture to the world.’
‘Osayomore Joseph was an enigmatic and versatile musician, who spread didactic messages with his soulful and sonorous voice.’
‘His contribution to the creative industry in Edo State is as remarkable as it is transformational. He was a crucial voice in the quest to make society better and more livable with his music which focused on serious issues.’
‘His long music career, which started in the 1970s, was very productive and enriched the lives of many. The boldness and candour enmeshed in his rhythmic melodies earned him local and international acclaim.’
Obaseki reiterated that the late maestro’s music career started in the 70s and has since then, enriched the lives of many Nigerians. He extolled his brand of music and explained that the boldness and candour enmeshed in his unique melodies were what earned him both local and international fame.
QUICK SHARE: