Actress Nse Ikpe Etim has reacted to a ‘cruel’ question about her womb, which she removed back in 2016 to live a normal life.

It all began when a follower asked her a question about her womb on Twitter, after Nse shared beautiful photos of herself in a navy blue jumpsuit.

After sharing the photos, Twitter users complemented the actress, and one follower wrote: “Why did you sell out your womb… And why are you to being fruitful to souls… Pls you need to make yourself fruitful and replenish. ”

Nse responded by referring to him as a “Joy Vampire” (one who sucks people’s joy).

Nse tweeted: “Dear Joy Vampire, may you be fruitful in common sense. May you be replenished in kindness. May your soul never know adversity.”

The man was also called out by other Twitter users and he took down the offensive tweet then apologized to Nse.

He wrote: “Am sorry… It was an erroneous error… With all of my heart I apologize.”

Nse Ikpe Etim responded: “No worries at all. How are you today? Good?”

Recall that in 2019, Nse revealed that she removed her womb to save her life after she was diagnosed with Adenomyosis.

The actress disclosed that she was diagnosed in 2016. She said she cried when the doctor said she would have to remove her uterus to live a normal life.

“I was told I couldn’t have kids,” she said at the time.

“And so, I had to have a hysterectomy (removal of the uterus) to make me have a life again and to stop going through what I was going through. And I’m literarily telling women and men, it really doesn’t matter if you can’t bear children. What really matters is what you would do for the world, for the universe.”

See more Twitter exchange between the actress and her followers below. 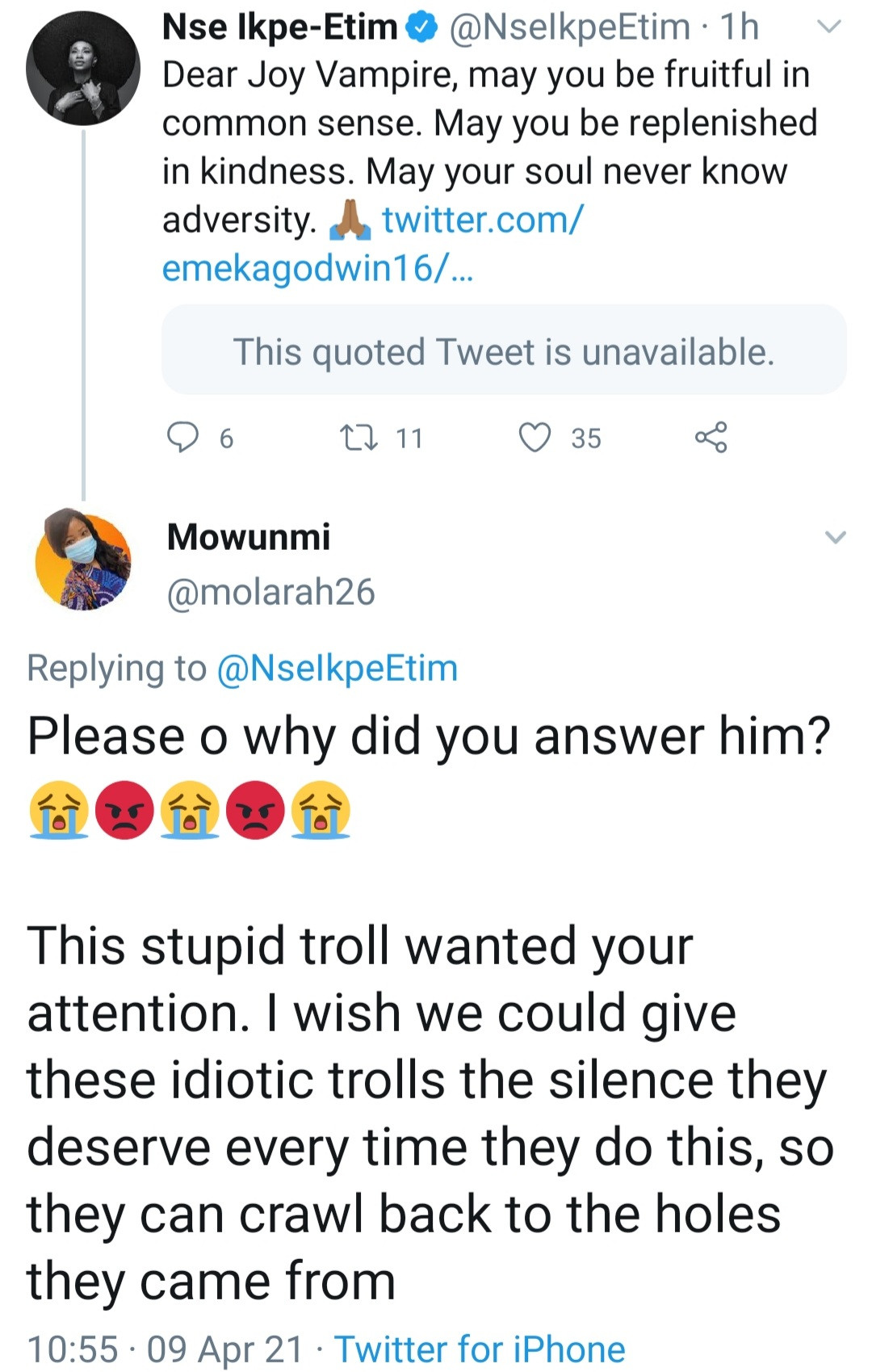 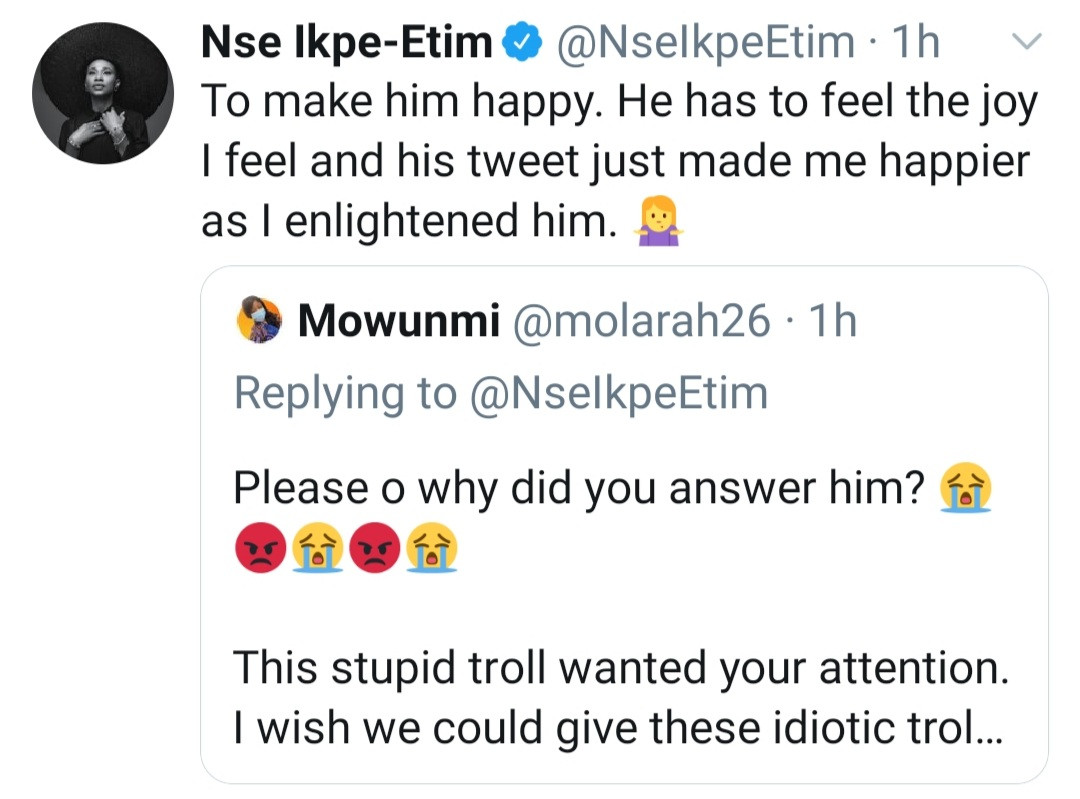 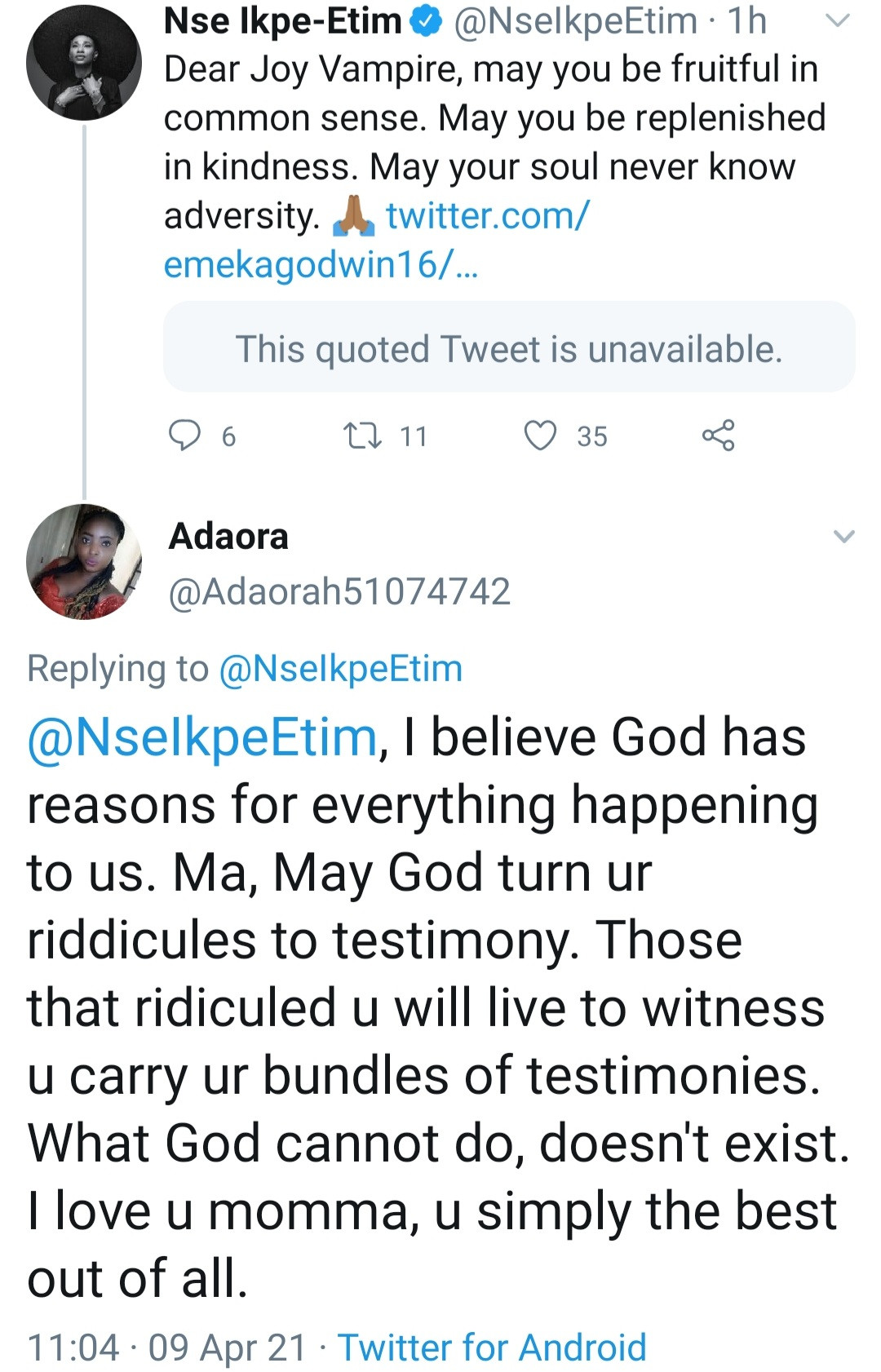 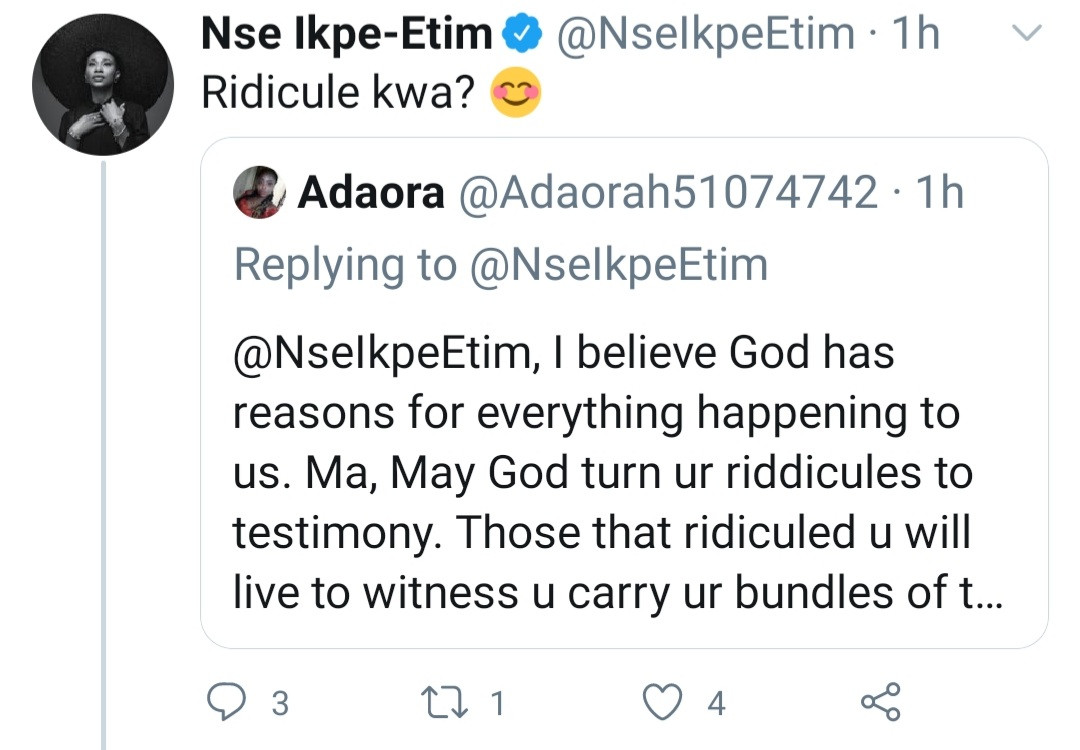