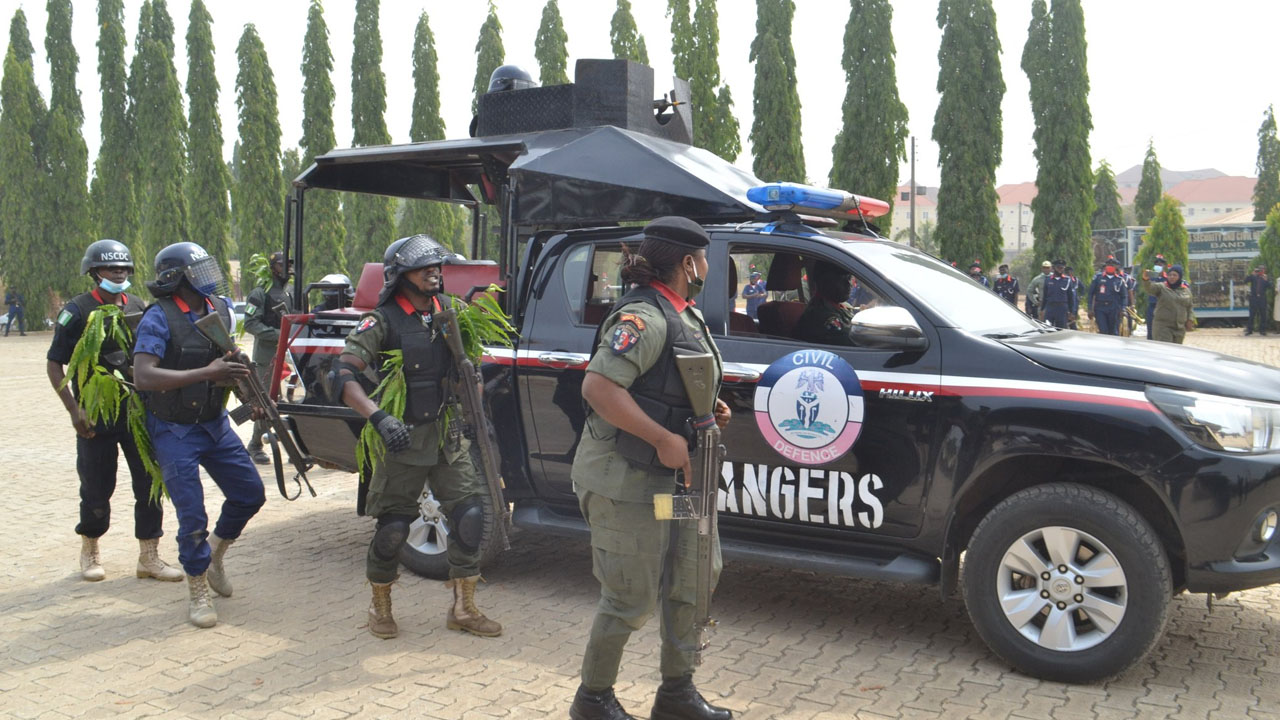 An officer of the Nigerian Security and Civil Defence Corps (NSCDC), Segun Odewole has been sentenced to seven years imprisonment for defrauding a citizen of N100,000 with the false promise of helping her secure a job with the NSCDC.

His conviction was secured by men of the Independent Corrupt Practices and Other Related Offences Commission (ICPC), according to the ICPC Spokesperson, Mrs Azuka Ogugua who made it known to Newsmen.

Hon. Justice M.O. Agboola of the Osun State High Court 6B, Osogbo sentenced the convict, Segun A.Odewale, who is a superintendent with the NSCDC, to seven years imprisonment on a three-count charge preferred against him.

He was charged under Section 10(a) of the Corrupt Practices and Other Related Offences Act 2000 on Counts 1 and 2 and on Section 19 of the same Acton Count 3.

Lawyer to the defendant, Mr Muftau Abiodun Adediran made a plea to the court to temper Justice with mercy, seeing that he was a first time offender and a family man who had a lot of people depending on him.

The prosecution counsel, Mr Elijah Akaakohol affirmed that Odewole was a first-time offender with no records of previous offenses bye committed with the Commission.

Recall that the ICPC, in her bid to fight the menace of job racketeering, had organized a Policy Dialogue on Entrenching Transparency in the Public Service Recruitment Process in Nigeria, through the Anti-Corruption Academy of Nigeria, during which the Chairman, Professor Bolaji Owasanoye stated that about 100 petitions had been received on recruitment scam from victims, complicit individuals and institutions.

In another light, the NSCDC is setting up a micro-finance bank to aid in promoting staff welfare by ensuring financial empowerment and zero financial embarrassment.

This was disclosed by the Commandant General of the NSCDC, Dr Ahmed Abubakar Audi as he received the Managing Director of Mutual Trust Micro Finance Bank at the Corps National Headquarters, Abuja, saying that the idea will aid in engendering optimal performance and increasing staff productivity.

Audi maintained that the welfare of the NSCDC staff remained top priority in his administration, citing the micro-finance scheme as one that will impact positively on the lives of his staff members, adding that they have their operation license ready and are presently making consultations to get it right.

In response, the MD/CEO of Mutual Trust Microfinance Bank, Mr Josh Odebiyi, who admitted to being a volunteer member of the NSCDC, years ago, expressed his joy that the Corps has grown into a foolproof paramilitary agency of the government and living up to its mandate, while enjoying global recognition.