Marriage is simply put, two becoming one — but it’s easier said than done. Sustaining a marriage is not easy and being a celebrity with your dailies on social media makes it even more difficult. Amazingly, there are some of our Nigerian celebrities who have figured out the secret ingredient to staying happy in their marriage. Today the focus is on celebrity couples who flaunt their happy marriage on social media.

Nollywood actress, Anita Joseph-Olagunju and celebrity hype man, Fisayo Olagunju are always ready to pepper the timeline with raunchy photos of themselves. Their PDA is not on the same level of many of the celebrity couples on this list.

Most pictures of videos they post almost always generate controversies from their fans. In all, it’s obvious that despite bashing from some of their fans, these couple are very happy and don’t let negativity get to them.

These Nollywood power couple are one of a kind. Looking back at how they’ve both been unlucky in love but luckily they found each other. They seem to both compensate each other for all the pain they went through.

Funke aka Jenifa and JJC obviously get the best out of each other and they compliment each other perfectly. It’s rare to see a couple that readily and openly supports the other when they take a giant stride. Their union as a celebrity power couple on social media makes it all worth it.

Funke and JJC are always ‘disturbing’ our timelines with loves up pictures as well as dance videos and they do it so well.

Singers and songwriters, these duo, Simi and AG baby are definitely not new to this love thing but we just didn’t know from the onset. Before making their relationship public, AG was already singing with his wife’s other names – Sade, Bolatito, Adeola, Opeyemi. The single’s Orente and Sade blew our minds, without any inkling that they were sang for her.

Fast forward to today, after their wedding and having a cute daughter named Adejare, the couple have not ceased giving us premium content.

These singers complement each other so much that many believe there is truly a woman for every man out there. Their bants on social media is so sweet that many of their fans are always waiting for it.

Nollywood couple, Bimpe Oyebade and Lateef Adedimeji started out by denying their romantic relationship majorly due to ‘prying’ eyes, but in the end, true love can’t be hidden. Mo Bimpe is obviously more reserved but Lateef is always playful and hyper around his wife.

These two step on our necks without mercy and post loves up pictures and videos with heart-melting caption.

How Adesua and Banky W were able to successfully have a relationship without the knowledge of the media still remains a mystery.

These power couple have very loyal and tight-lipped friends who don’t share news unless told otherwise. In 2017, Banky W sent shock waves down the spines of his fans after the news of his engagement to Adesua Etomi hit social media.

Recall Banky W and Adesua Etomi acted as a couple in a the award-winning movie Wedding Party and while speaking on how they met, Adesua revealed that Banky W slid into her DM and dropped a funny message for her. She went further to say that they were friends for a year and a half before they started dating. Despite some difficult moments — extramarital affair scandal, miscarriage; they were able to stay on top of it and come out stronger. We know all of these because they chose to reveal it at their own chosen time.

It’s cute to see how they go out to support each other and also litter social media with cute loved-up photos from sweet moments.

Linda and Ibrahim are another celebrity couple that we love their cruise and bants on social media. We also love that they are in the movie industry and still behave like fans from different ends of the world.

Their’s is a tale of love from the heart of Nollywood as they initially started out as friends and then got on the long-running Nigerian soap, Tinsel together. Feelings developed right from the movie set and transcended into dating and the rest is history.

7. BamBam and Teddy A – BamTeddy

These lovebirds were once contestants on the BBNaija reality TV show, the 3rd season, themed Double Wahala and that was how their love story began. BamBam was the first to spot Teddy A in the House, she remembered they met on the day they auditioned for the show but they didn’t just become a thing. 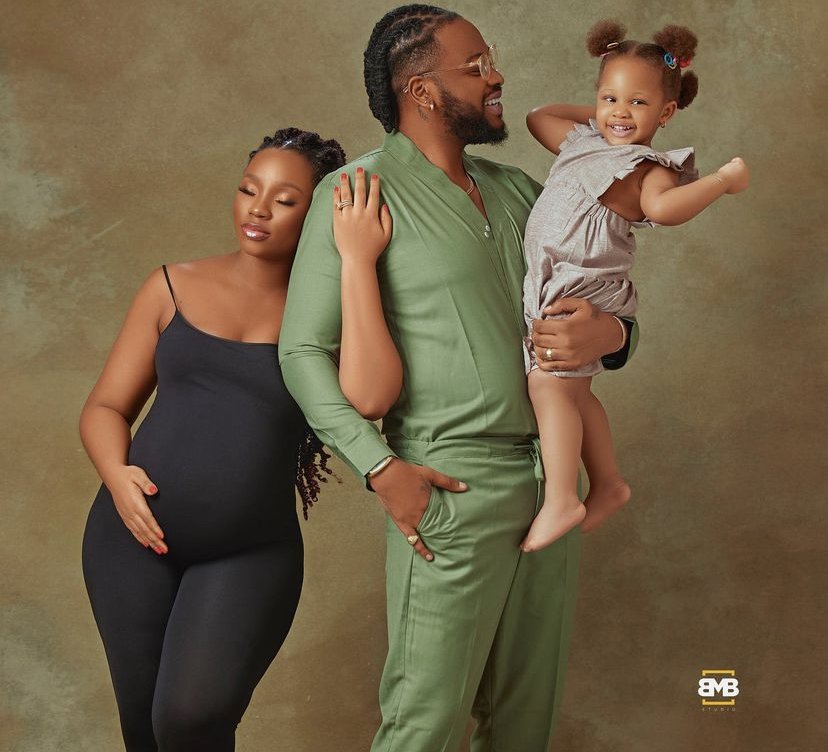 Their relationship started out as a game, according to BamBam, then blossomed after they left the BBNaija house into an engagement which many doubted and then into a marriage ceremony which took place in 2019. The wedding was indeed the talk of the town.

Today, they have together a beautiful baby girl and expecting their second child and we can say they are the proper definition of a reality TV show couple. They even have an official family Instagram page, filled with family photos of the couple and their kid. They don’t fail to pepper our timelines with loved up post.

Like Funke Akindele-Bello, Toyin Abraham has also been quite unlucky in love but they say it’s not how far but how well; it’s all worked out.

It’s obvious that ‘world’s best’ I.e Toyin is an hopeless romantic. Seeing her with her fellow actor husband, it’s obvious their love is young, beautiful, expressive, supportive and they keep stepping on our necks as well.

From vacation photos to cute sweet notes, to videos and photo shoots, Toyin and her husband have us saying ‘God when’ sometimes, especially when she says ‘Oko mi’, (which is her husband’s pet name) hearts melt. Kolawole Ajeyemi despite being reserved, matches his wife’s energy on social media.

There must be something about musicians who’s genre of music is R&B/Soul, they turn out to be hopeless romantics and it ends up rubbing off on their partners or maybe they just get lucky and end up with someone who matches their energy. 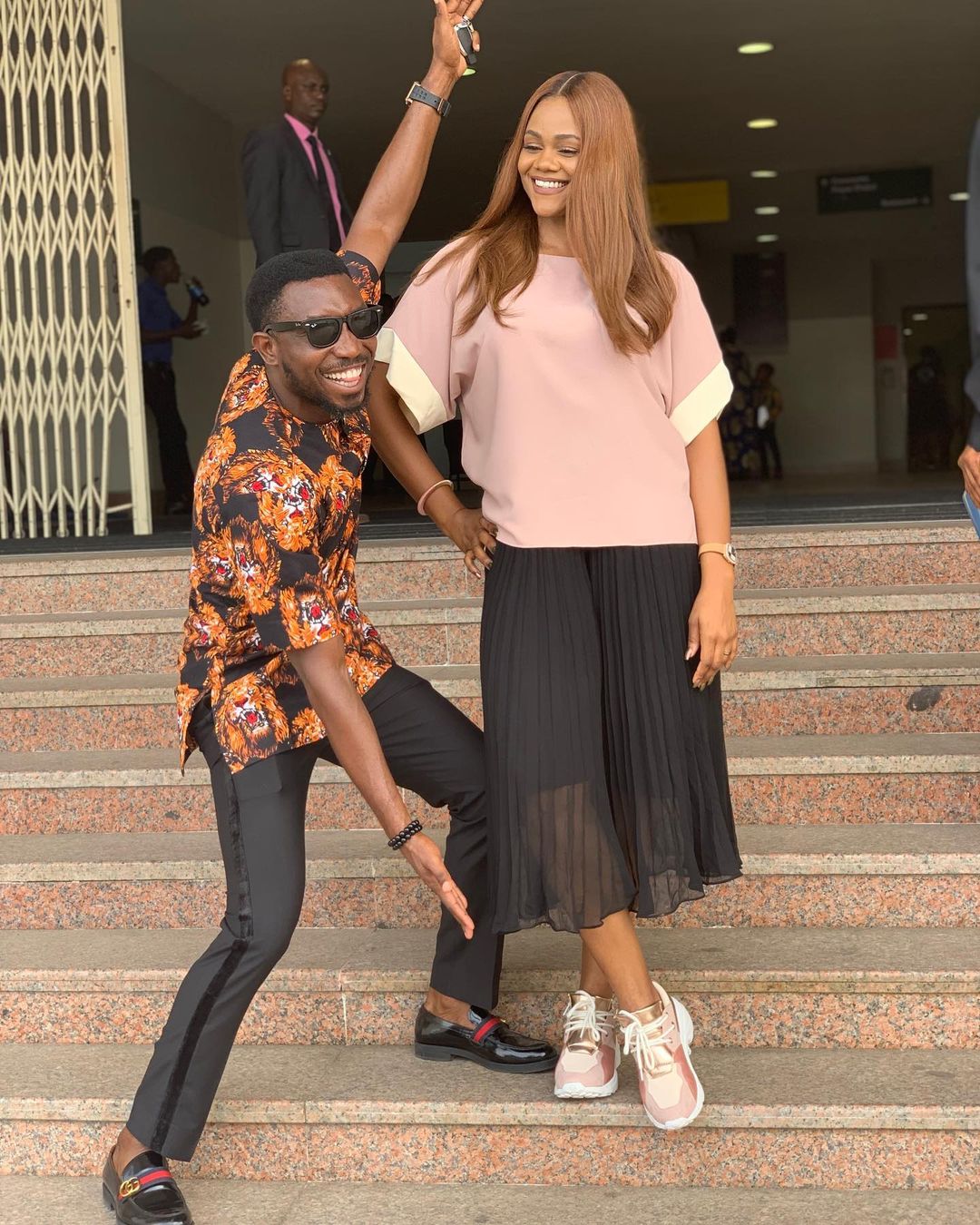 Take note that these lovely and playful couple have three kids together, but they act like they just met yesterday. The Dakolo’s is proof that regardless of how long you have been together, you do not grow old in the eyes of the ones that you love. 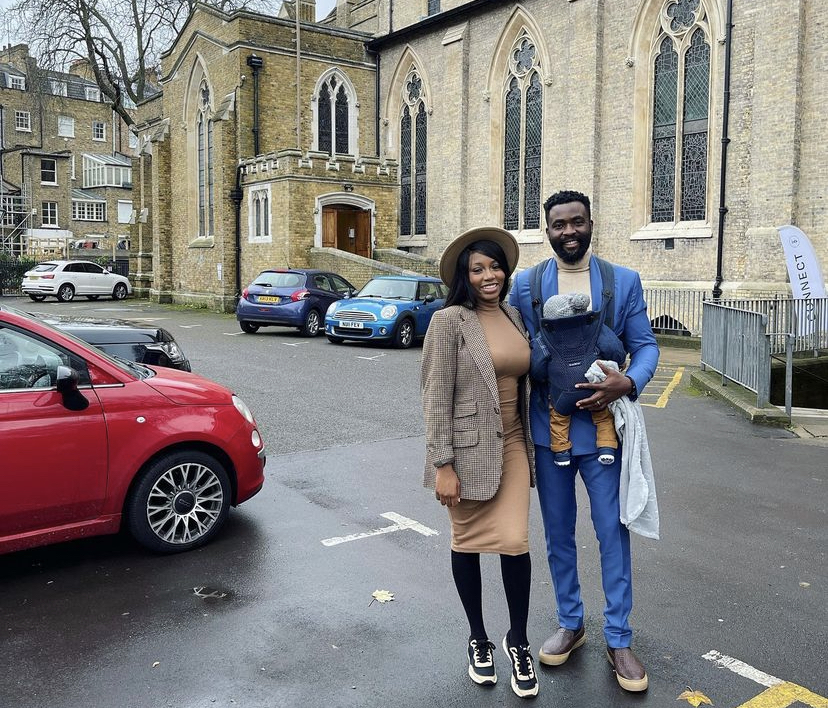 Their affair in the Big Brother house was controversial and became one of the most talked about topics during and after the show. Like many ships expected to sail from the show that season, the duo got engaged two months after the show ended and finally got married in September 2020, no thanks to COVID-19 which disrupted their earlier plans. While none of them won the grand prize for that season, they won each other’s hearts and a forever together, and have so far been showing their love has not dwindled one bit. They welcomed their first child — Malakai in August 2021.