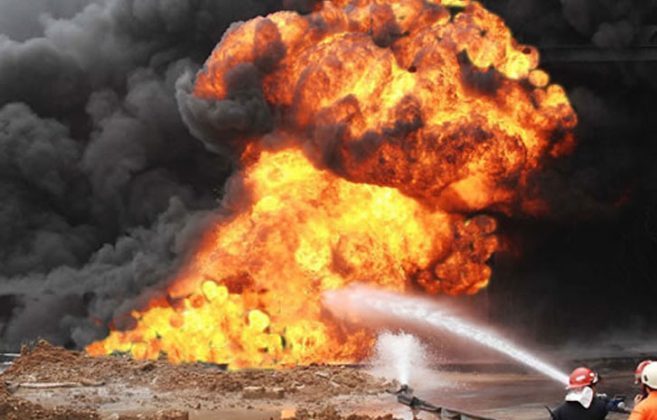 Multiple blasts from bomb explosions suspected to be from the Boko Haram insurgents shook Maiduguri, Borno State, in the early hours of Saturday as Nigerians woke up on election day.

It is not certain from which direction they occurred, but agitated residents said it could be another attack by Boko Haram.

“A police officer, returning home from night duty told PREMIUM TIMES in Maiduguri that “we counted 11 of the explosions this morning. But we are unsure where they occurred.”

It could be recalled that Boko Haram had carried out similar bomb attack last Saturday, the day Nigerians were to go to the first poll on the first round of the 2019 elections before it was rescheduled to today.

11 lives, including that of the four Boko Haram insurgents, were lost in that attack.

Gaidam is about 180 kilometre away from Damaturu, the Yobe state capital.

The gunmen were said to have sustained hours of gun shootings.

A resident of Potiskum, Fati Umar, confirmed the incident to our reporter on phone.

“They came in at about 3 a.m and continued to shoot for hours. We don’t know what is happening now as we are all lying down inside our houses. Please pray for us,” Mrs Umar said.