On April 8, Osinachi Nwachukwu, the gospel singer known for her collaborative hit track ‘Ekwueme’, died at an Abuja hospital where she was being treated for an ailment.

Since her demise, there have been allegations that the singer was a victim of domestic violence.

Osinachi’s husband, accused of being physically abusive, has been arrested by the federal capital territory (FCT) police command.

On Monday, April 11, TheCable visited the area where the deceased lived in the capital city to get more insight into her situation from neighbours, relatives and friends.

While at the singer’s home, Mama Sarah, the house help; Sunny, a family friend; and her children were found watching television in the living room.

Speaking on the controversy surrounding Osinachi’s death, Mama Sarah said she has been working for the family for close to a year, but only visits the house three times a week to help with chores.

Mama Sarah said whenever she notices the couple quarrelling, Osinachi would dress up, leave the house and go to the church.

She said she does not live with the family, and as such, cannot confirm if the singer has been a victim of physical abuse. 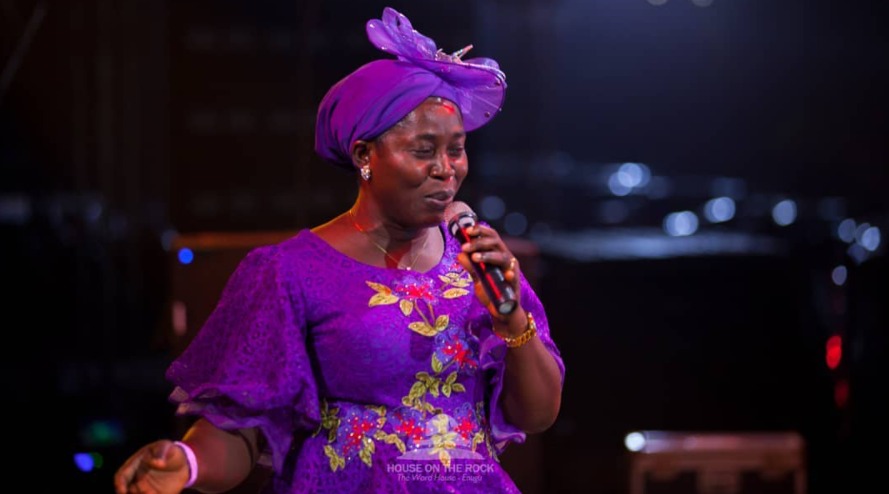 One of the neighbours who spoke with TheCable said she always hears Osinachi screaming and her husband addressing her with terms such as “stupid woman, dirty woman, smelly woman”.

She said their squabbles were constant, such that she worried if the husband was actually a pastor as he claimed to be.

Another neighbour, from whom Osinachi buys stockfish, said the few times she saw and conversed with her, the singer always looked “depressed, tensed and scared” — and was always in a hurry to go back home to avoid annoying her husband.

She recounted a particular incident when Osinachi was buying stockfish from her and she offered to bring it to the house.

She said Osinachi kicked against the idea, saying “no, no, no… please don’t come to my house because of my husband. Don’t call me. I don’t want my husband to know or see your calls and start asking me who is calling me”.

‘THEY FOUGHT A LOT’

Musa, a gateman in the building behind Osinachi’s house, said the couple often fought, and that on several occasions, he had to scale the fence of the house to unlock the gate for the singer, whenever her husband locks her out.

“Before the woman died, they fought a lot and even at night I hear them quarrel,” he said.

“I don’t know if he [the husband] does not like her going out but if the woman goes out, he will lock the gate and refuse to open the gate when she comes back.

“She will come and call me to help her climb the fence and unlock the gate for her. And once she enters, the man will start making trouble again.”

Every neighbour who spoke with TheCable in the area said the late singer was well-liked.