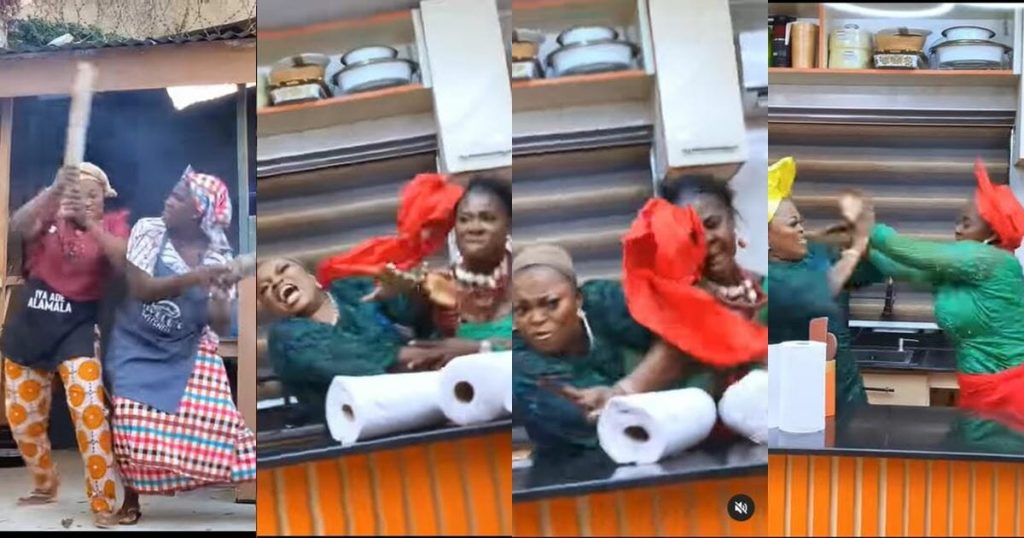 The clip captures the moment Mercy Johnson and Funke wrestled in a local kitchen with woods down to a modern kitchen where they utilized cooking spoons and Garri tuners as weapons.

As the altercation got more intense, head ties got yanked off as they held each other tightly. Funke Akindele at the ending part of the video could be seen biting Mercy Johnson all in a bid to break loose from her firm grip.

“Walahi, I wan use my horn chuk am but her chukwu said MBA nu
🤣🤣🤣 The Battle On Bukka Street Is showing in cinemas nationwide…..
@funkejenifaakindele 😝🤪”

As expected, the video stirred a lot of reactions from fellow celebrities and fans who were amused and entertained by the screen goddesses’ display.