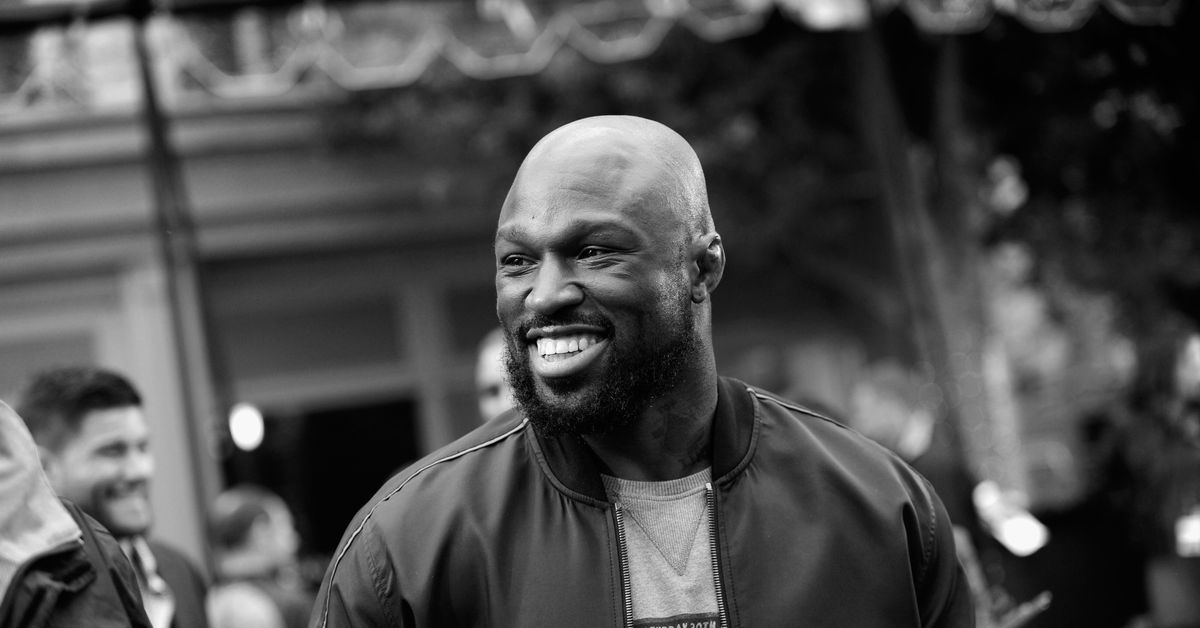 Lawal was raised along with his siblings by a single Muslim mother. Growing up Lawal was a fan of professional wrestling and began competing in wrestling at Plano East Senior High School in Plano, Texas. As a junior Lawal won a state title in the Greco-Roman category and also finished as a state runner-up. During his senior season Lawal went undefeated and became a state champion after defeating 171 pound favorite Barrett Lidji.Lawal also competed in football, earning All-District honors as a linebacker during his junior season and as a wide receiver in his senior season. Lawal also lettered in track and field. 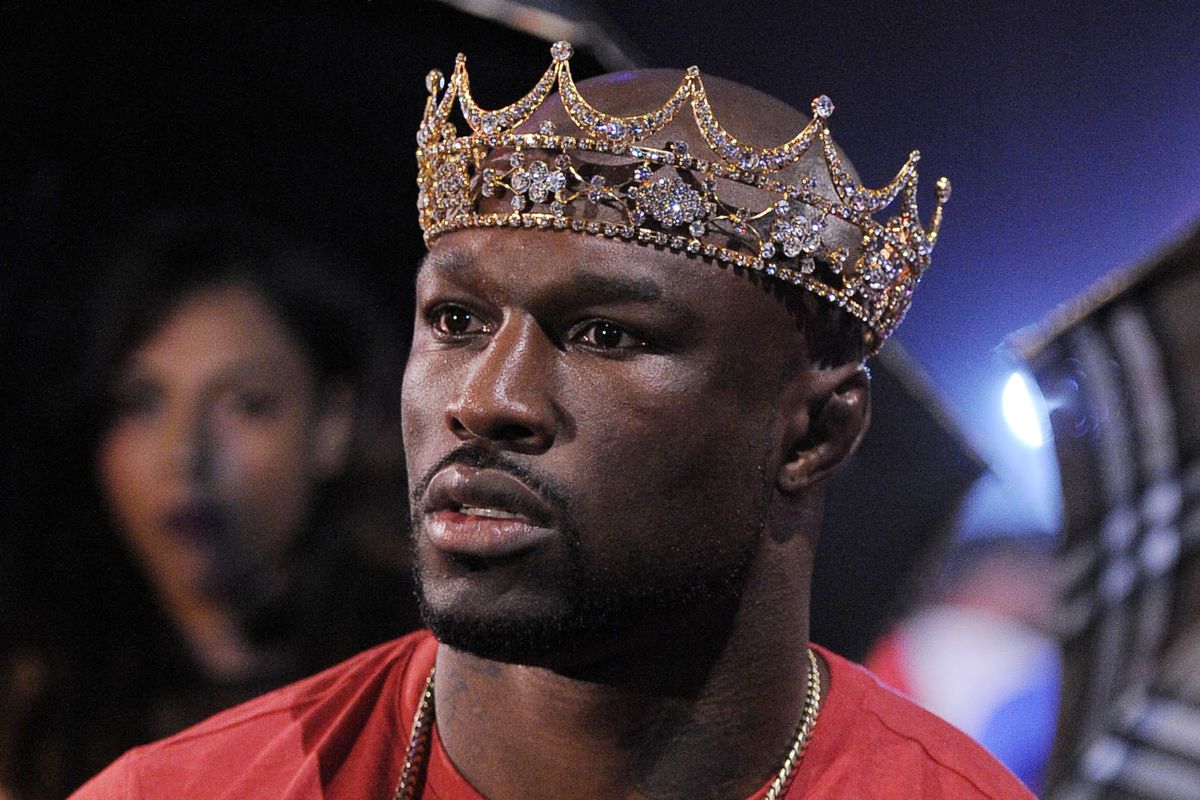 Lawal went on to compete in NCAA Division II wrestling at the University of Central Oklahoma. He finished in 2nd place in the nation in 2001 and was a national champion in 2002. For his senior year Lawal moved on to Division I at Oklahoma State University. Lawal became a Big 12 Conference Champion and Division I All-American in 2003 for Oklahoma State, where he finished in third place for the 197 pound division. Lawal was also the university freestyle national champion at 185 pounds this year. After college Lawal continued his wrestling career at the senior level, and also competed in the newly formed Real Pro Wrestling league and became the champion of the 184 pound weight class in 2004.

He won the Senior U.S. national championship in freestyle wrestling three times – in 2005, 2006 and 2008. He also represented the U.S. at the 2005 World Wrestling Championships, where he finished in 7th place. He controversially lost his match to Sazhid Sazhidov of Russia when he was penalized a point for passivity with 1 second remaining in a match he was winning, giving Sazhidov the win. Revaz Mindorashvili would be the gold medalist at these games, a wrestler Lawal has defeated.

For over three years, Lawal was the number one ranked wrestler in the United States in the 84 kilogram division. After narrowly missing entrance to the 2008 Olympics in a loss to Andy Hrovat, for which he was favored a spot, Lawal decided to enter the world of mixed martial arts. 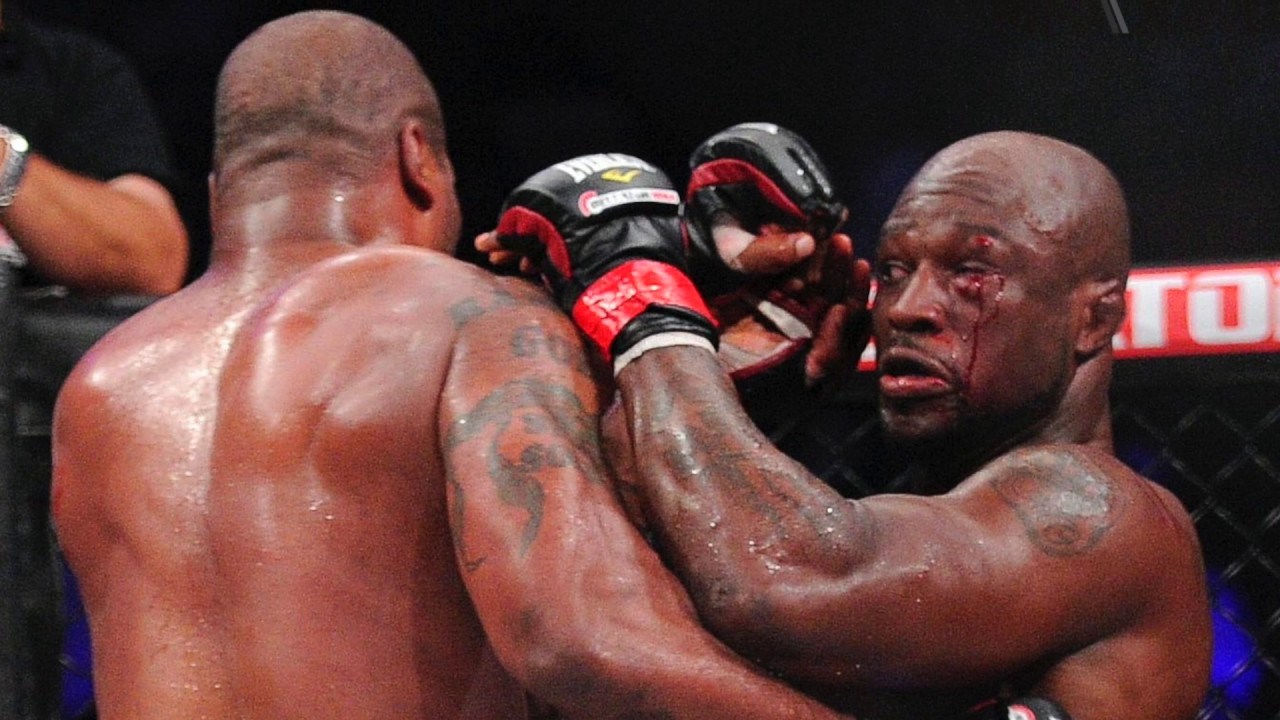 In his 2008 mixed martial arts debut at Sengoku 5, Lawal fought Travis Wiuff, a veteran of 66 fights at the time, knocking him out in the first round.

At Sengoku 6, Lawal fought Fábio Silva on November 1, 2008, defeating him in the third round via strikes.

On January 4, 2009 Lawal faced Yukiya Naito at World Victory Road Presents: Sengoku no Ran 2009, defeating him in the first round with punches.

On March 20, 2009 at Sengoku 7, Lawal defeated Ryo Kawamura by unanimous decision. His first time going the distance, Lawal attributed his performance to a knee injury sustained about a week before the fight, “I kinda tweaked it rolling around [with Dean Lister], and I tried to rehab it as much as I could before the fight.”

On August 28, 2009 Lawal fought for the first time on U.S. soil against Mark Kerr at M-1 Global Presents Breakthrough. Lawal defeated Kerr by technical knockout 25 seconds into the fight.[11]

On October 13, 2009, it was announced that Lawal had signed a multi-fight contract with U.S. based promotion Strikeforce. The contract allowed him to continue fighting in the Japanese circuit where he has gained his notoriety.

On December 19 at Strikeforce: Evolution Lawal fought Mike Whitehead, defeating him three minutes and eight seconds into round one via KO (punches). Lawal came in showing relaxed hands and strong counter punching and caught Whitehead with a strong right which dropped him. Lawal followed up with three punches causing the referee to stop the fight.

Lawal lost the Strikeforce Light Heavyweight Championship in Houston Texas, on August 21, against Rafael Cavalcante by TKO due to punches and elbows of 1:14 of round 3.

Lawal was out of action until mid-2011 after undergoing surgery to repair a knee injury.

Lawal was scheduled to fight Roger Gracie at Strikeforce: Fedor vs. Henderson on July 30, 2011. Gracie, however, withdrew from the bout in late June due to an injury. The fight was rescheduled for Strikeforce World Grand Prix: Barnett vs. Kharitonov on Sept. 10, 2011, and Lawal won via KO in the first round.

Lawal garnered his second straight victory, defeating previously unbeaten Lorenz Larkin at Strikeforce: Rockhold vs. Jardine via second-round KO. However, Lawal tested positive for anabolic steroids (Drostanolone) and as a result of the banned substance, the fight’s result has been changed to a no contest while Lawal will have his license suspended for one year.[ After meeting with the Nevada State Athletic Commission on March 27, 2012 his suspension was reduced to nine months.

Lawal was released from Strikeforce following comments he made on Twitter regarding Pat Lundvall after his hearing for his drug test. Lawal said, “She asked if I did research for my training. I didn’t get what she meant by the question, and she rolled her eyes and asked, ‘Do you speak English? Can you read?’ I felt I was disrespected by the woman’s comments. How are you going to ask a college educated, well traveled man if he can speak or read English? I’m speaking English right in front of you and I’ve been speaking English right in front of you for the past 15 minutes.”[16][17] After the release, Lawal issued an apology to Lundvall, stating, “I was out of line for calling the woman the b-word and I was wrong for that. I was kind of mad about the comments, I was offended by the comments made towards me and I was out of line. I was too emotional. I apologize for that. With that being said, I still feel that I was offended, but I’m in the wrong for what I said.”

On May 10, 2012, it was reported that Lawal had signed a contract with the mixed martial arts promotion Bellator Fighting Championships.[19]

On January 24, 2013, Lawal made his Bellator debut as a participant in the Season 8 light heavyweight tournament. He defeated Przemyslaw Mysiala in the quarterfinal round via right hook.[20] Lawal faced Emanuel Newton in the semifinals on February 21, 2013 at Bellator 90. Despite being a considerable favorite, Lawal lost via KO due to a spinning back fist in the first round.

Lawal faced Seth Petruzelli in the opening round of a 4-man tournament at Bellator 96 on June 19, 2013, he won the fight by KO due to a punch in full guard at 1:35 of the first round.

Lawal faced Emanuel Newton in a rematch for the Interim Bellator Light Heavyweight Championship on November 2, 2013 at Bellator 106. Lawal lost via unanimous decision.

Lawal was again expected to face Tom DeBlass on November 15, 2014 at Bellator 131. However, on November 1, it was announced that Deblass had suffered a cut during training and had to withdraw from the bout. Lawal eventually faced Joe Vedepo. He won via TKO due to punches in the third round.

Lawal faced Cheick Kongo in a heavyweight bout on February 27, 2015 at Bellator 134. He won the fight by split decision.

Lawal was next a participant in Bellator’s one-night light heavyweight tournament at Bellator MMA & Glory: Dynamite 1 on September 19, 2015. He faced Linton Vassell in the opening round and won by unanimous decision. However, Lawal was unable to advance to the finals due to a rib injury.

Lawal faced Phil Davis at Bellator 154 on May 14, 2016. The bout was to determine the next challenger for champion Liam McGeary.He lost the fight by unanimous decision.

Lawal faced Satoshi Ishii at Bellator 169 on December 16, 2016. He won the fight via unanimous decision.

Lawal faced Quinton Jackson in a rematch at Bellator 175 on March 31, 2017. He won the fight via unanimous decision, thus avenging his previous loss to Jackson. Post-fight, it was announced Lawal would face Ryan Bader at Bellator 180. However, Lawal pulled out of the bout in April and was replaced by Phil Davis.

Lawal was expected to face Liam McGeary at Bellator 185 on October 20, 2017. However, he pulled out of the bout on October 2 due to an undisclosed injury.

Lawal faced former Bellator Light Heavyweight World Champion Liam McGeary at Bellator 213 on December 15, 2018. He lost the fight via TKO in the third round.

On December 29, 2016, Lawal returned to Rizin FF as a participant in the Openweight Grand-Prix, replacing an injured Wanderlei Silva in a bout against Mirko Cro Cop. Lawal lost to Cro Cop via TKO in the second round.