However, his joy seemed to have been dampened by some who weren’t very happy with his caption.

The Nigerian singer and producer posed for a photo with Donald Trump during the wedding of his daughter, Tiffany Trump.

He shared the photo on his verified Instagram page and said it was a “rare privilege” and an “honour” to meet Trump. He also called Trump “Mr President” and thanked him for his kind words. He wrote:

“It is a rare privilege and an honour to meet with the 45th President of the United States, and proud Father of the Bride.

“Thank you Mr. President for your kind words.” 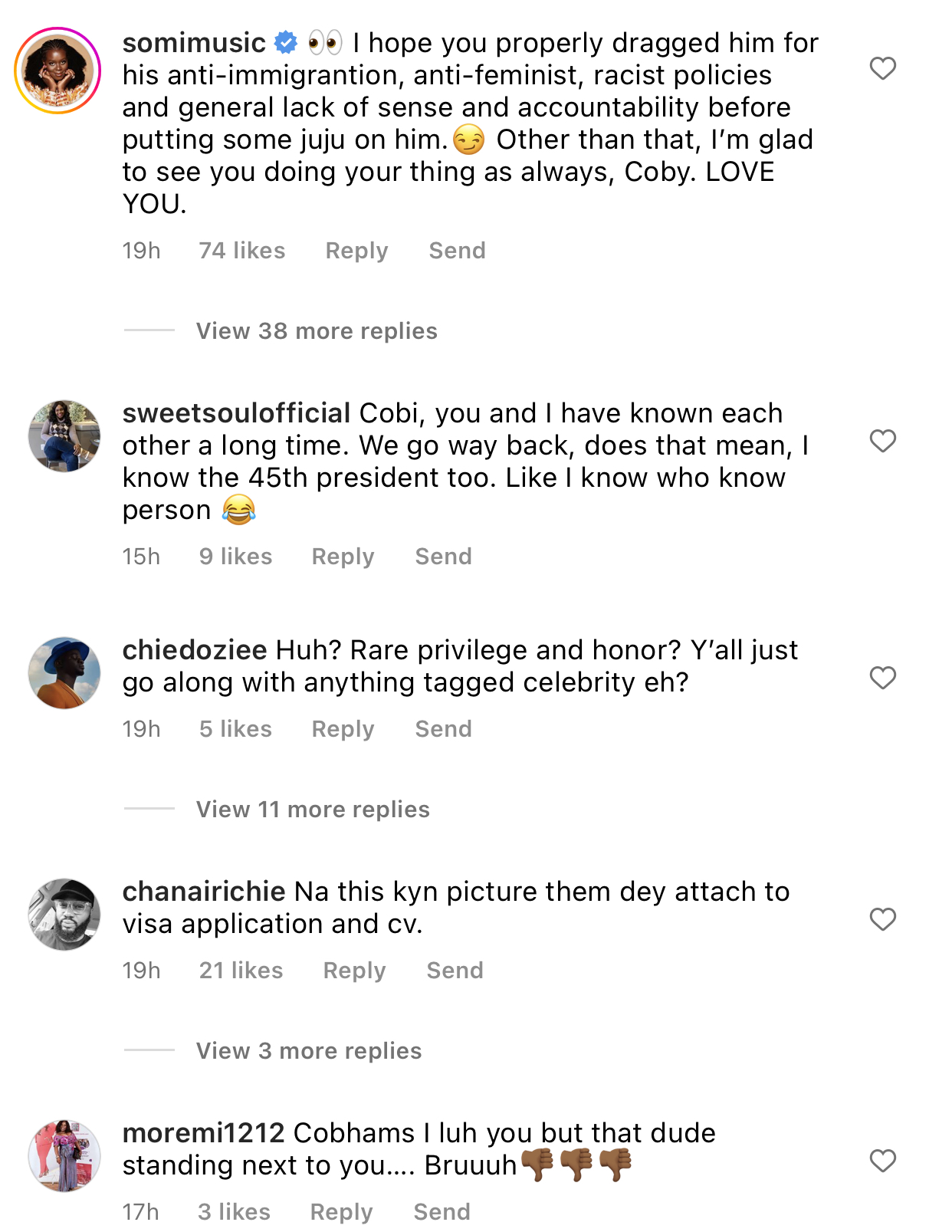 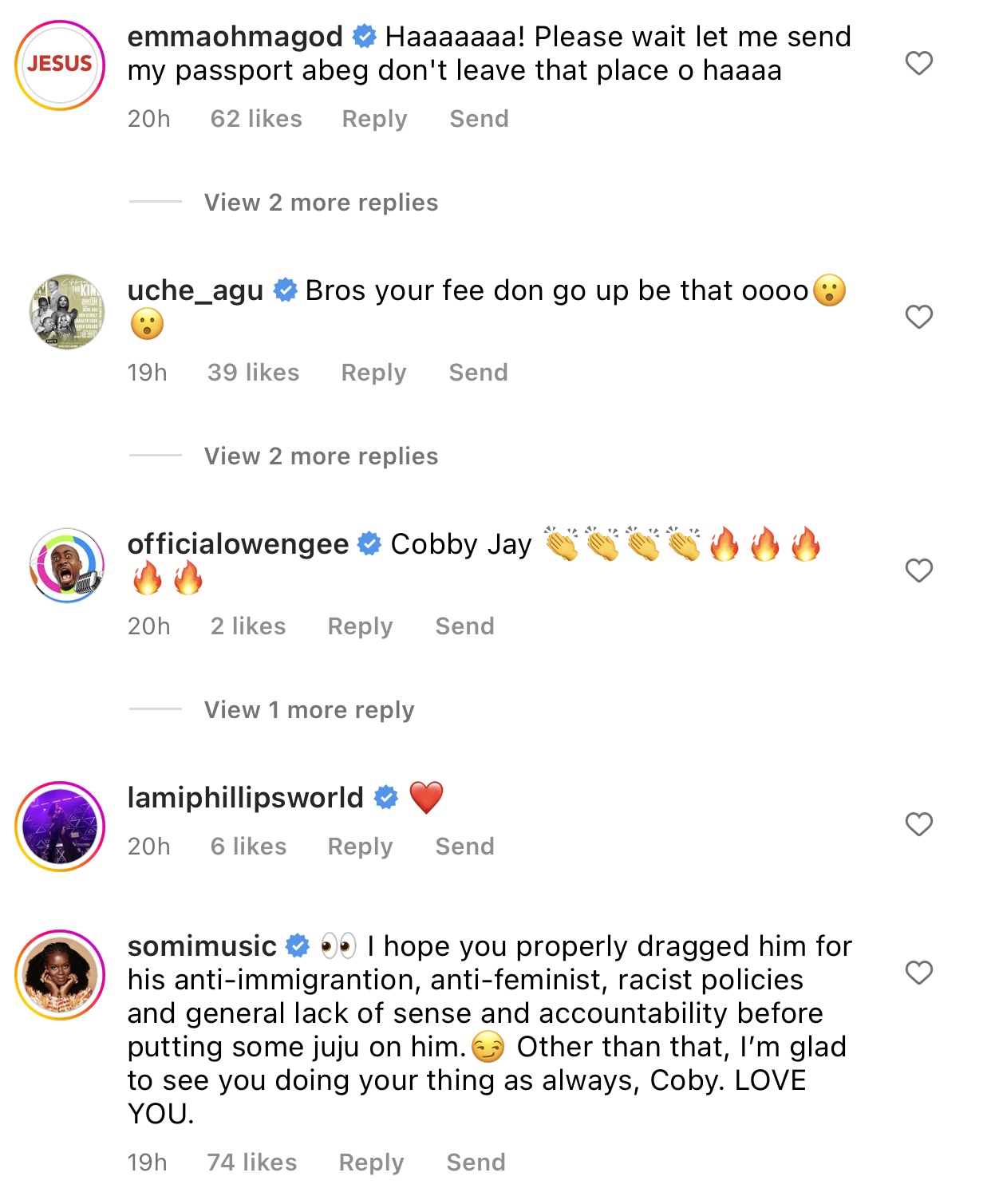