Nollywood actor, Yul Edochie has warned young people to stop reaching out to him to teach them how to make fast money/blood money through rituals. 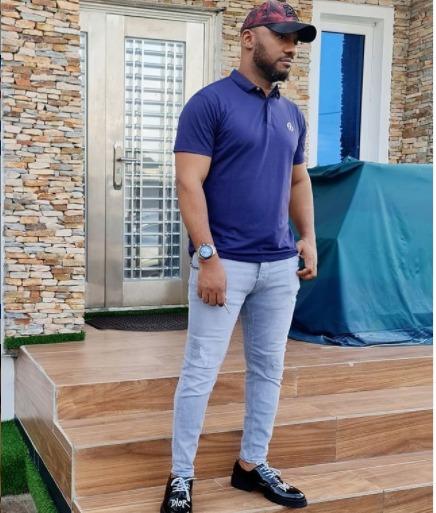 The actor who’s popular for these kinds of ritual roles and opulent lifestyles on camera has stated that everything they see is only an act and not reality. He further made it known that he’s only acting a script and his source of wealth isn’t blood money or rituals.

“Some people are sending me messages begging me to show them where they can do money rituals.
Come on now guys, come on.
Na film I dey act.
Just like American action films where one man will defeat a whole city of bad guys.
Na storyline be that, e no dey happen.
.
Is it now a crime to be a good actor?
Make I no chop???
😀😀😀
Na wa for una oo.” 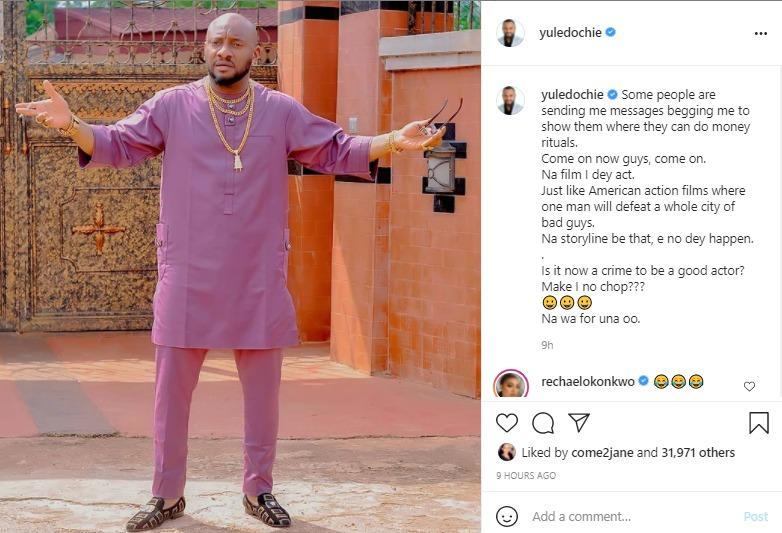