This comes after Annie trended on social media after a report claimed she unfollowed the singer on Instagram over his visit to the US, where he met the children he had with one of his baby mamas Pero Adeniyi.

The father of seven who was initially quiet in the face of the short saga has now taken to his Instagram story to urge cybernauts to leave his wife alone.

“Una too like to dey bully people for this social media, I no dey understand. Make una just leave my wife alone abeg! Make una leave am alone.”

Captioning the video, the singer wrote: “Una can like to read nonsense meaning to everything. Can’t somebody feel free again.” 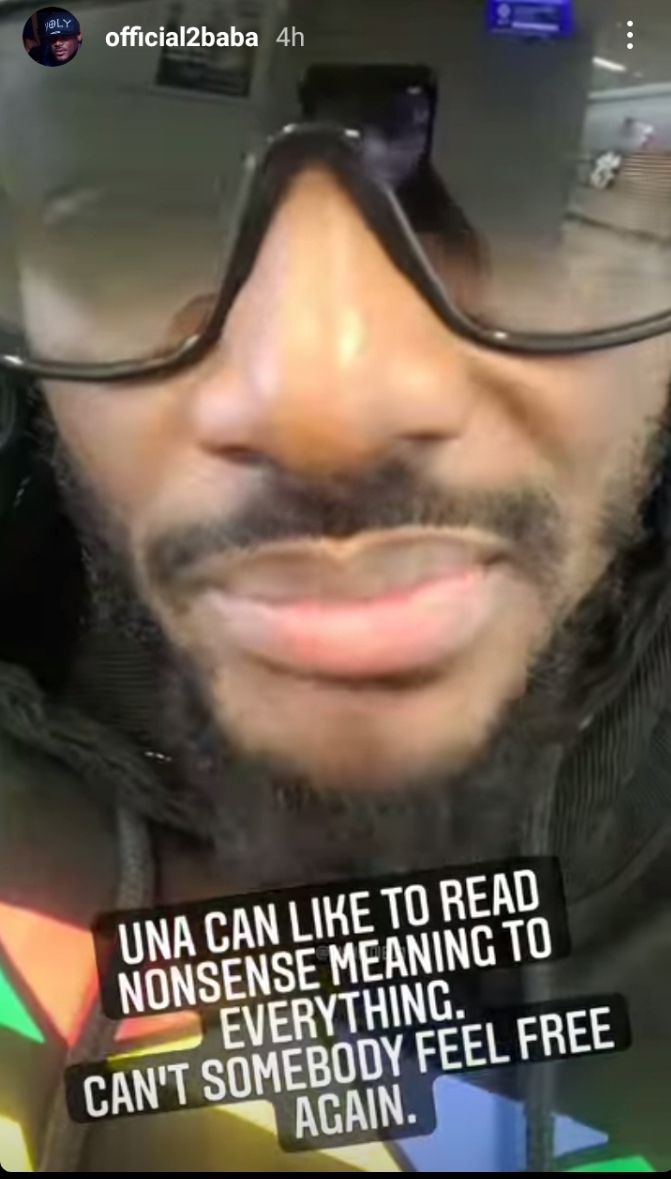