Prince Raymond, a Kenyan university student, described what happened during a school lesson that had his peers chattering nonstop.

He uploaded a photo and revealed that their professor had utilized their female course rep as his computer wallpaper in class.

The instructor has intended to show the students some notes on his computer, so he utilized a projector to project his monitor on the wall, according to the tweep, @PrinceRaymondke on Twitter.

The tweep stated that when the monitor had been projected to the wall, they saw their course rep as the background image of the desktop and this piqued their curiosity.

He claimed that the instructor did not realize what he had done wrong until people began snapping pictures, taping the screen, and laughing quietly.

After the instructor realized what was going on, according to him, the man suddenly shut his laptop and instructed everyone to be quiet and concentrate on the lecture. 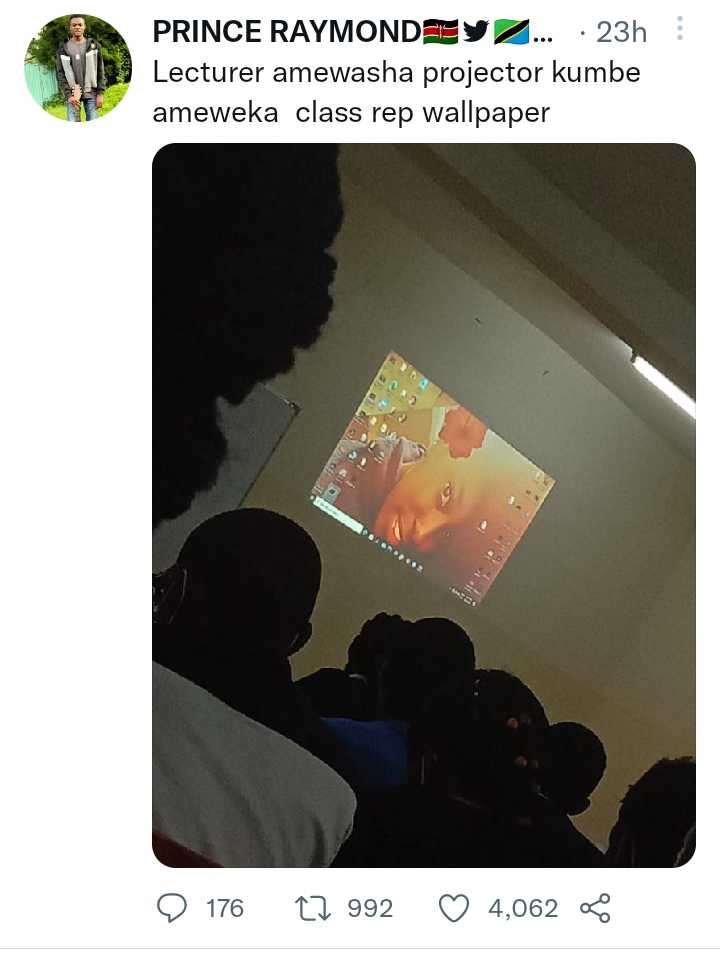