A video causing a lot of positive stir from netizens captured the moment a young lady questioned presidential contender Bola Tinubu about his solutions to Nigeria’s problems.

Apparently, some Lagos youths had been protesting in Lagos and so Tinubu decided to seize the opportunity to speak with them and find new ways to voice their dissatisfaction.

Tinubu could be overheard advising people that protests might not solve their problems, to which the lady replied, “What would?” 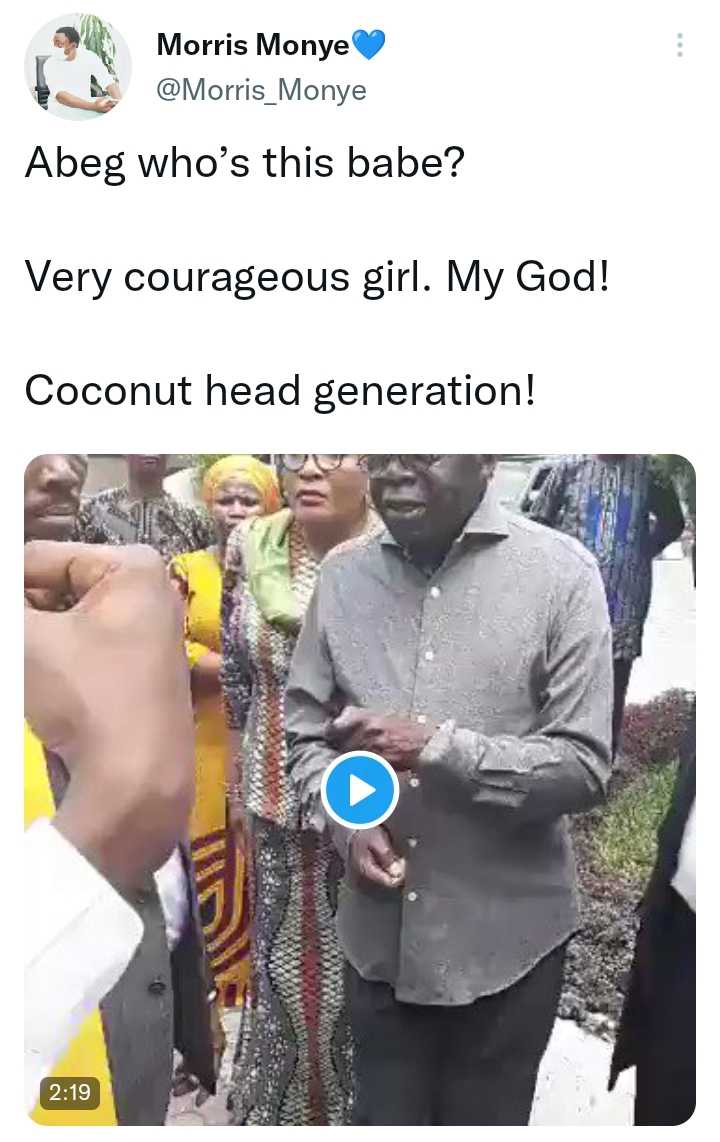 In the video that has gone viral on social media, he says that restrategizing will help the government discover and fix the system’s problems.

The woman spoke up, claiming that Nigeria’s authorities, including Tinubu, had failed the people.

Some members of Tinubu’s team tried to reprimand her, but she remained unfazed.