A devastated woman named Tia, American lady has taken to the microblogging platform, Twitter, to real that her best friend who’s 21 years-old is seeing her father who is 40-years old.

The identified twitter handle,Tia,called out her best friend,Chloe Smith as she called her names for what she’s doing. 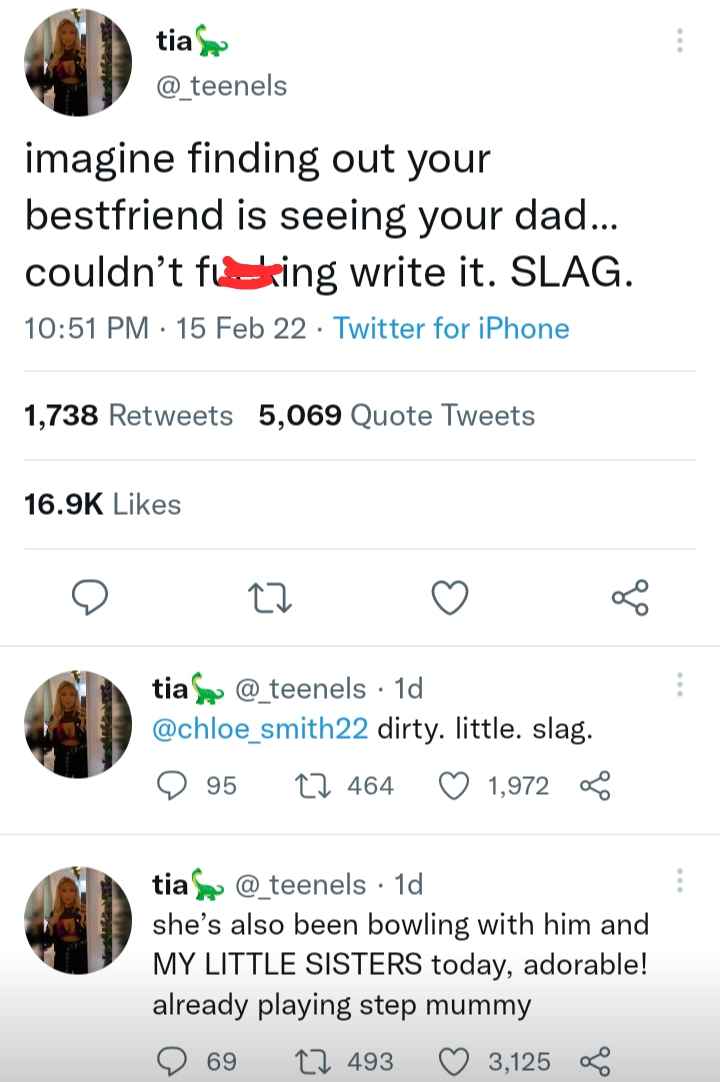