Korra Obidi’s husband, Dr. Justin Dean leaves fans and Celebrities in shock as he took to his Instagram page to announce divorce with Korra.

This sad news was announced by the husband, Justin Dean, a Chiropractor and Performance Therapist, via his Instagram page, on Wednesday night, March 9 where he clearly stated that he and Korra are getting a divorce.

The Doctor’s shocking announcement comes a week after he and Korra welcomed their second child..

Justin Dean mentioned in his post that it’s over between them, vowing that he won’t be treated this way any longer, and adding that he absolutely did his best to make their marriage work.

He continued in his post, expressing that his heart is broken. He outcried that he was a very supportive husband to Korra, and he loved her, but he don’t deserve to be treated the way was treated.

“I didn’t want this, i did my best

My heart is broken

I supported her, i loved her, I don’t deserve the way I was treated.” 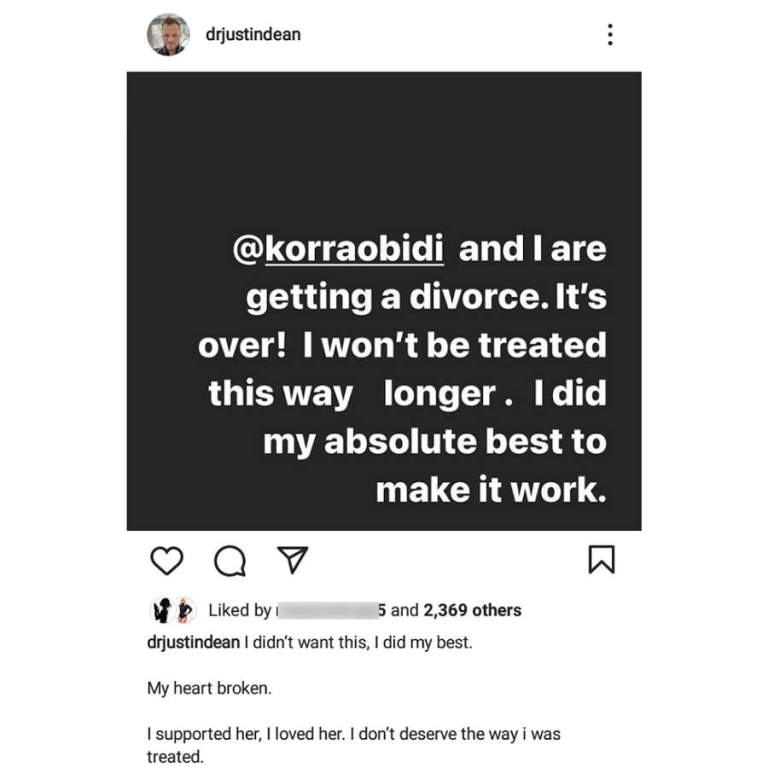 However, the post did not sit well with Celebrities like Broda Shaggi and fans who had just celebrated Korra’s water child birth. Also, there have been speculations that Korra and the husband pulled this as prank. 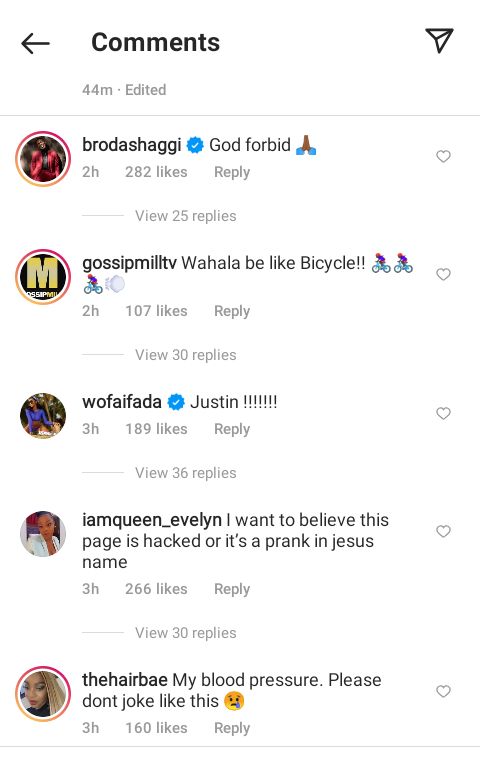 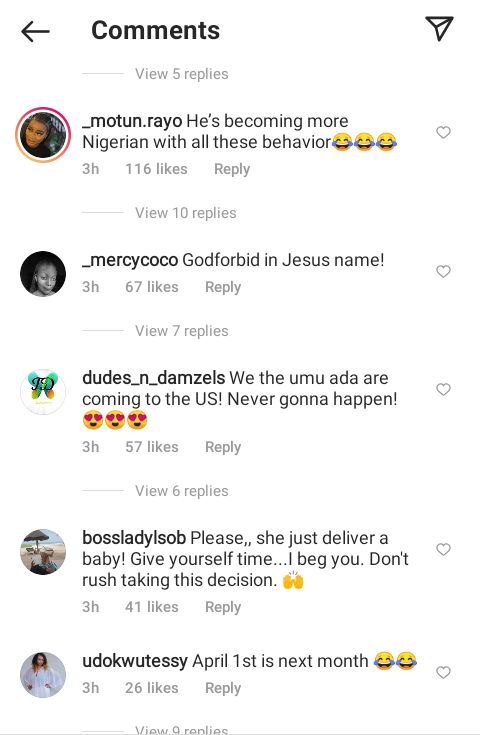 A concerned Justin’s follower took to his page to affirm that his post was definitely a prank, but he responded saying that it’s unfortunately not a prank. 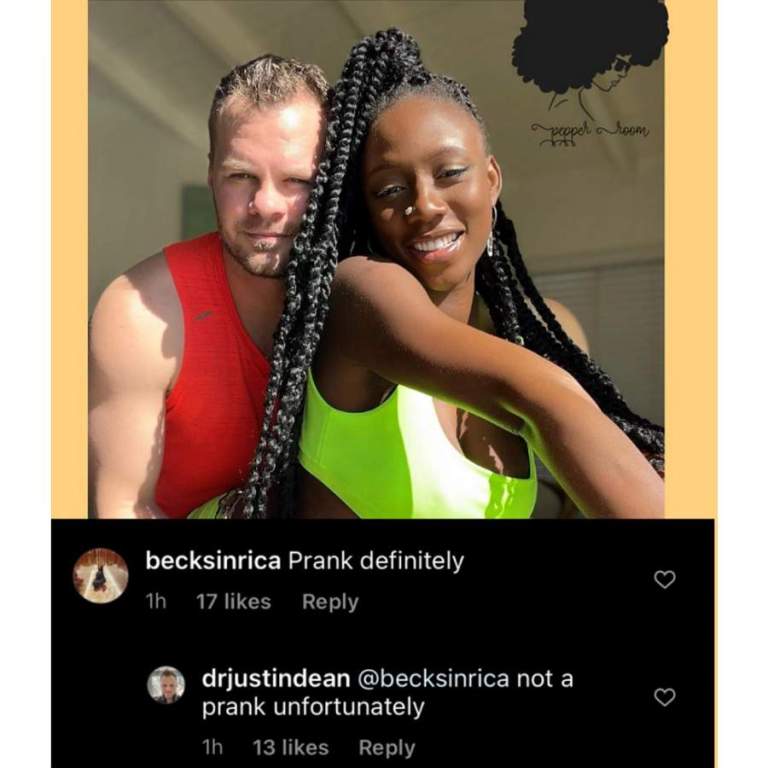 Confirming further, Mr Dean shared a photo of himself indirectly showing how he feels following the divorce report, then captioned that his announcement wasn’t a joke. 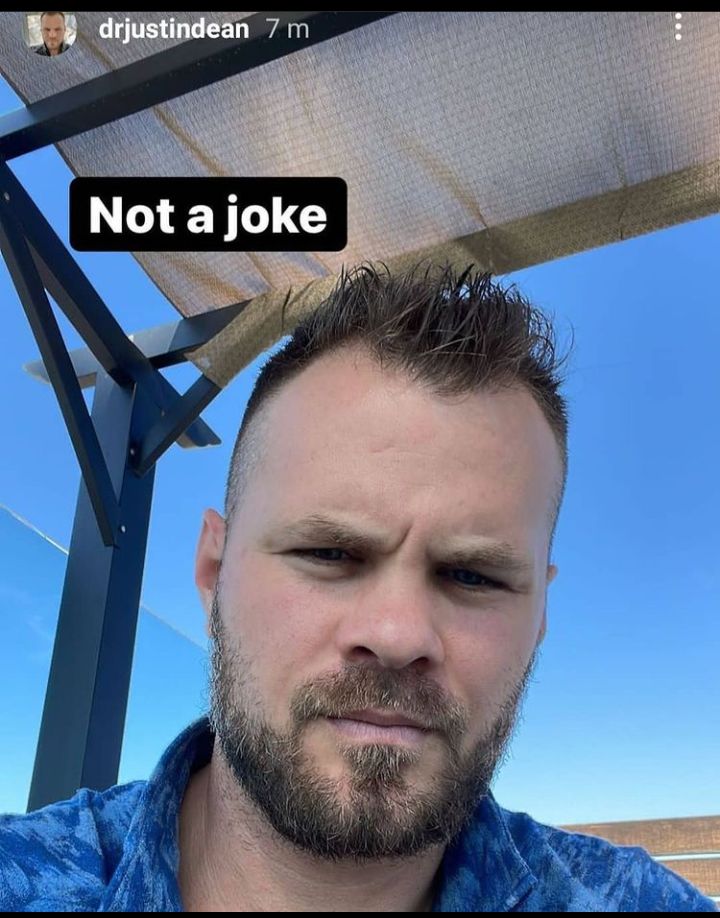