It’s no longer news that Korra and her estranged husband, Justin Dean have been separated for some months now following allegations of infidelity on the part of the dancer by the Chiropractor.

The couple have been going back and forth with their marital issues and each of them seems to be bitter about the other.

Also, in a chat that surfaced online in April, Justin Dean accused Korra of cheating on him with Don Jazzy.

A couple of hours ago, the MAVIN boss took to his Instagram page to repost a video that captured Korra Obidi jumping on Mavins’ new hit song, ‘Overdose’ challenge.

In response, Korra simply appreciated Don Jazzy’s gesture by addressing him as her ‘Daddy‘ in his comment section. 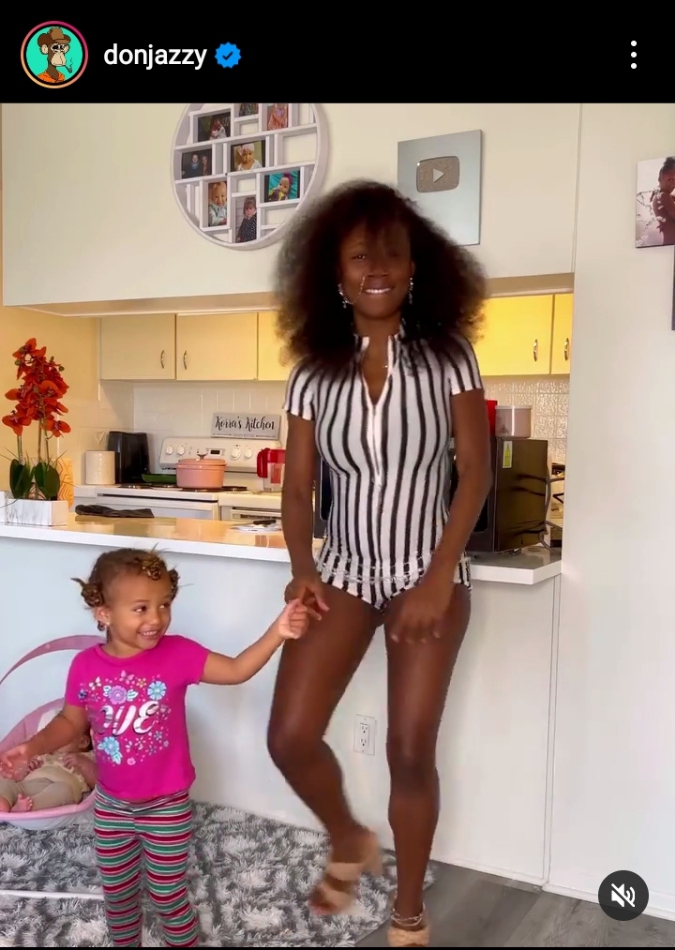 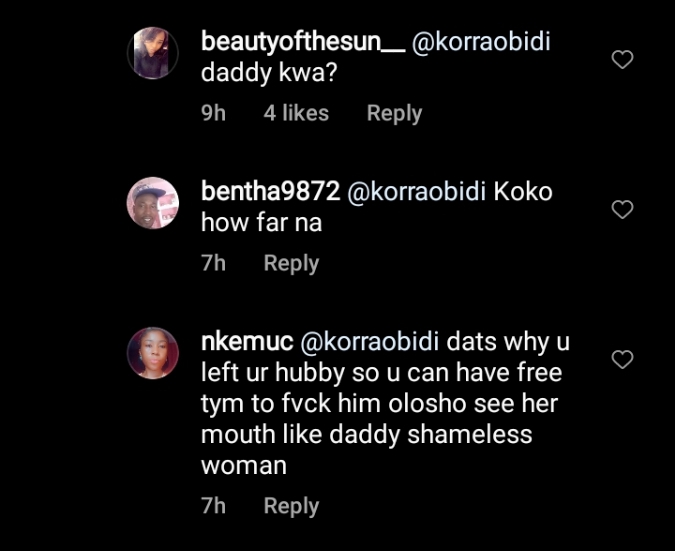