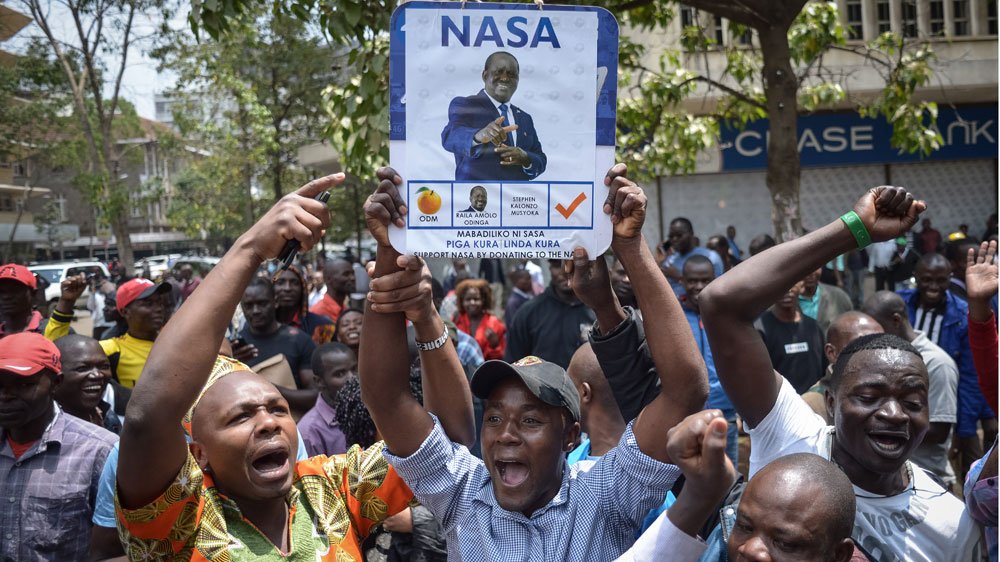 In a ruling on Friday, the court said the electoral board committed “irregularities and illegalities” during last month’s vote, harming the integrity of the election.

The court ordered another presidential election to be held within 60 days.

“The declaration [of Kenyatta’s win] is invalid, null and void,” said Judge David Maraga, announcing the verdict of four out of the six judges.

Maraga said the election commission ,”failed, neglected or refused to conduct the presidential election in a manner consistent with the dictates of the constitution”.

No Kenya presidential election has ever before been nullified. It is also a rare occurrence in the whole of Africa.

Kenyatta was announced the winner with 54 percent of the vote.

Odinga supporters erupted in jubilation after the decision was announced.

“This is an unprecedented ruling,” Odinga said outside the court. “This is a triumph for the people of Kenya.”

“We have no faith at all in the electoral commission as currently constituted. They have committed criminal acts,” said Odinga.

“Most of them actually belong [in] jail and, therefore, we are going to ask for prosecution of all the electoral commission officers who have caused this monstrous crime against the people of Kenya.”

Odinga’s lawyer had asked the court to invalidate Kenyatta’s win, saying a scrutiny of the forms used to tally the votes had anomalies that affected nearly five million votes.

Odinga said the ruling sets a precedent for the African continent and he thanked the judges for acting “for posterity of Kenyans”.