Lagos State government had earlier cleared the five Dowen College students and five staff of allegations linking them to the death of Sylvester Oromoni.

It was revealed that the Toxicology test carried out on the deceased didn’t suggest any act of murder perpetrated against him.

In reaction to this, Kemi Olunloyo who had initially affirmed that Sylvester Oromoni wasn’t murdered, rather he died as a result of the toxic substance he willingly drank during an initiation process has called on Nigerians to apologize to her over the criticisms and backlashes she earlier received from them.

“STOP THREATENING ME‼️
I’m an investigative journalist and always vindicated in my investigations even preliminary. All of you need to apologize to me. Without journalists your story has no mission. 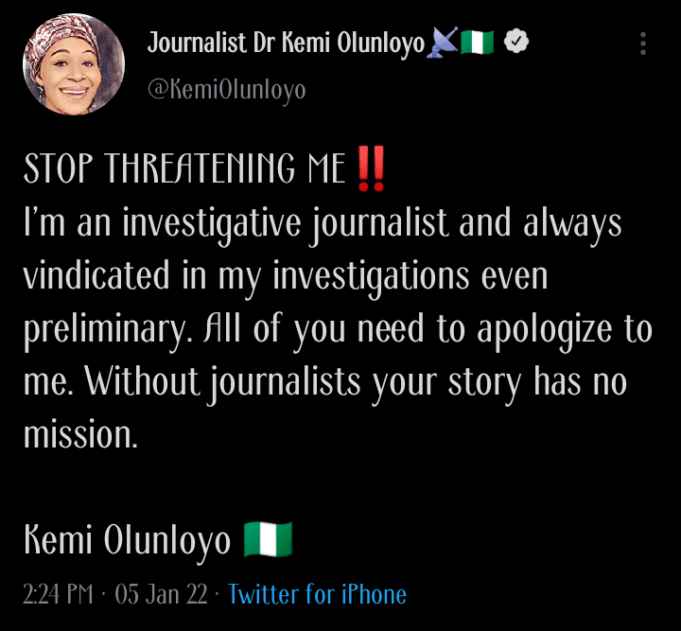