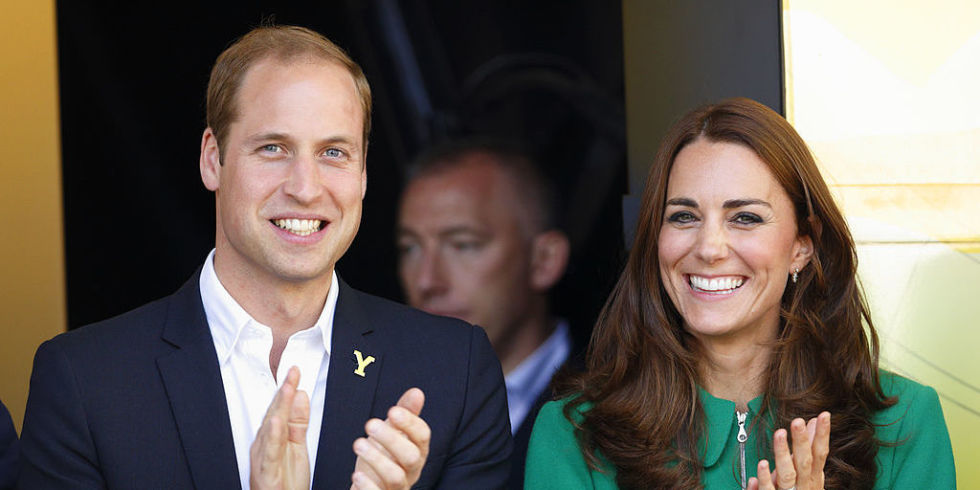 Kate Middleton and Prince William’s third child is due in April 2018, Kensington Palace said Tuesday. The news comes a month after the couple announced the Duchess of Cambridge is pregnant and suffering from acute morning sickness, also known as Hyperemesis Gravidarum.

With an April due date, Royal Baby No.3’s birthday will arrive shortly before Princess Charlotte’s, which is on May 2, and a few months ahead of Prince George‘s, which is on July 22.

The due date was revealed hours after Kensington Palace announced the Duke and Duchess of Cambridge will make an official visit to Norway and Sweden in early 2018, at the request of the United Kingdom’s Foreign and Commonwealth Office. A more detailed itinerary, including the exact dates of the royal tour, has yet to be released, and it’s unclear if their kids will travel, too. William will make an official trip to Finland next month, but his family will stay home in the U.K.

Last week, Kate made her first public appearance since announcing her third pregnancy when she attended a reception at Buckingham Palace in honor of World Mental Health Day. “The Duchess’ condition is improving but she’s still suffering from Hyperemesis Gravidarum,” a royal aide said at the time. The pregnant royal wore a blue lace dress with black velvet accents from Temperley London’s Fall 2017 collection, leading some to speculate she might be expecting a boy. But, when she made a surprise appearance at Paddington Station in London Monday, she wore Orla Kiely’s pink “Raised Flower Fitted Dress” from the Autumn/Winter 2013 collection, effectively keeping the public guessing about the sex of Baby No. 3. (She has not commented.)

A Middleton family source recently told E! News she is “out of the woods and doing well” after suffering from Hyperemesis Gravidarum for a third time. “She has such a rotten time during these early months but she’s out of the woods now and doing well. I think when you see it referred to as extreme morning sickness you don’t quite understand how debilitating it can be, but it truly is a grueling condition and can make it impossible to do anything else. All you can do is just rest. It requires constant medical care and can be a worrying time for any mum-to-be.”