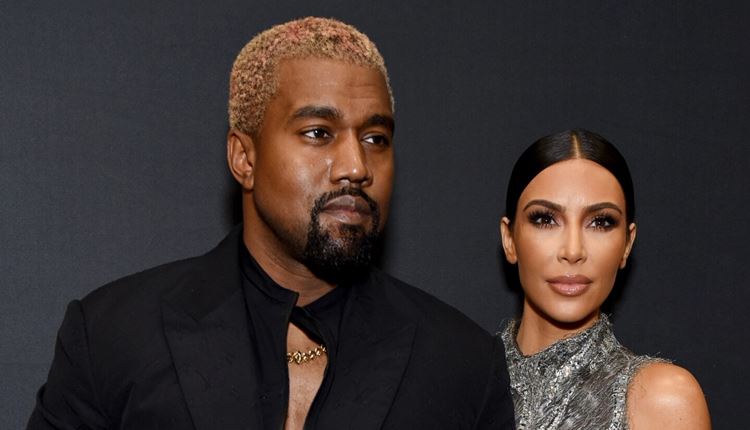 Kim Kardashian turned 39-year-old on Monday, October 21, receiving a lot of love and luxurious gifts from her friends and family to mark her day.

However, it appears the sweetest gift of all came from her husband, Kanye West as the Gold Digger rapper went all out for the mum-of-four’s big day.

The birthday girl took to Twitter to share a snapshot of a certificate of donation while explaining how West had given an incredible amount of money to some charities that are close to her heart.

My favorite Armenian restaurant Carousel came and catered and then was surprised with a beignet truck and churro stand! 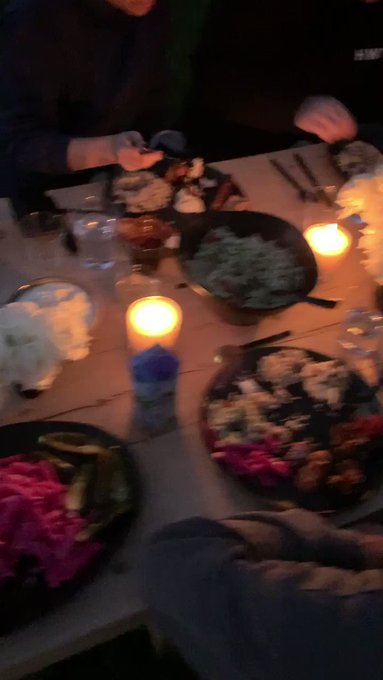 451 people are talking about this

“But he donated $1 million (N349 million) to my favorite charities that work so hard on prison reform on my behalf from him and the kids,” she added.

According to the document, the sizable sum came from both Kanye, and their four children, six year-old North, three-year-old Saint, 21-months- old Chicago, and five-months-old Psalm.

The Keeping up with the Kardashians star stated that the money was donated to four charities dedicated to criminal justice reform.

I got amazing gifts from my whole family and Kanye for me the most amazing bags. But he also donated $1 million to my favorite charities that work so hard on prison reform on my behalf from him and the kids. This makes my heart so happy! 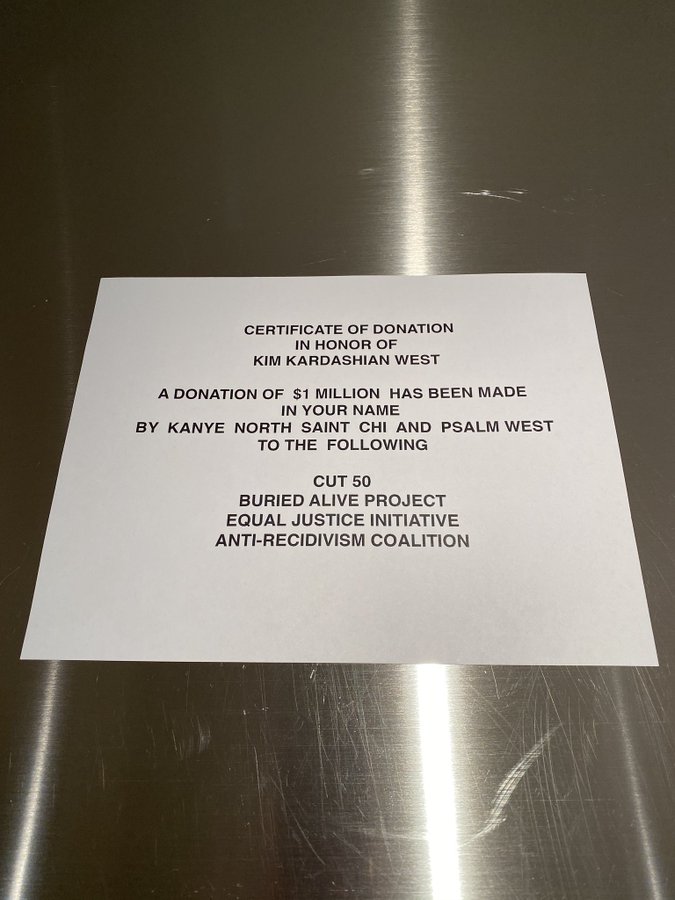 6,639 people are talking about this
Source: Within Nigeria
QUICK SHARE: