In a comment posted online, Justin who earlier announced their divorce, gave reasons for it.

The Doctor revealed that Korra cheats on him. In his post, he noted that he was tired of her cheating, lack of accountability and narcissism.

According to him, he had been trying to make their marriage work since 2018 and that whenever he doesn’t do exactly what she says, she divorces him.

The Father of two also added that he had been a prisoner that has his family used against him whenever Korra didn’t get what she wanted. 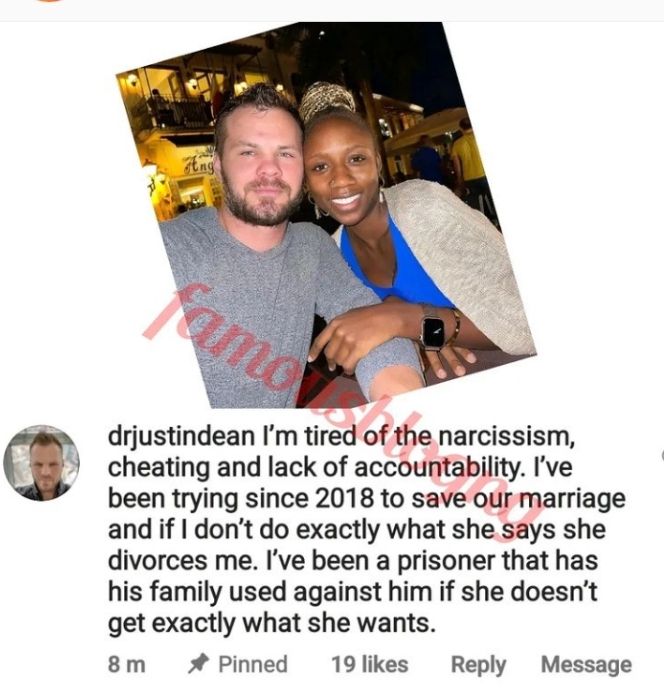