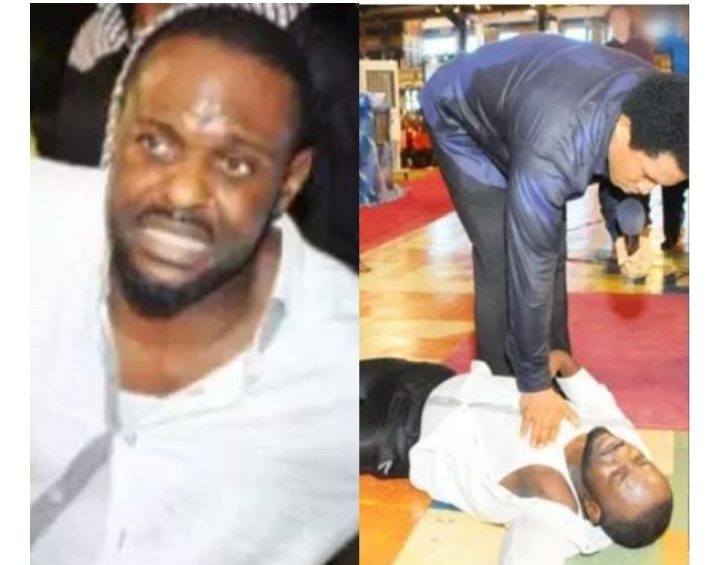 Revealing the real reason he went to the church, Jim Iyke during an interview with Chude Jideonwo, said he came down to the church after they insisted that he must be present before his mother will be healed of her ailment.

Jim Iyke said all he remembered was chuckling before the Synagogue of All Nations’ Pastor approached him. According to him, the Pastor did something and he didn’t know what happened after that.

The actor concluded by saying that “the world is deep” and there are spiritualities which are way beyond us.

He added that even though he had doubts after seeing the “deliverance session” video, it was actually him.