Popular musician, Jawon who was invited by the state party to perform at a campaign rally in Kabba Kogi state  was spotted prostrating  for Governor Yahaya Bello as a mark of respect, for  the governor.

The singer shared the video and wrote:

However, his actions  got some of his fans talking and most expressed their disappointment in him, saying that as “a celebrity he should be the voice of his people and as a good representative and  citizen of Kogi state”,  he should have been more comported.

See video and the comments after it 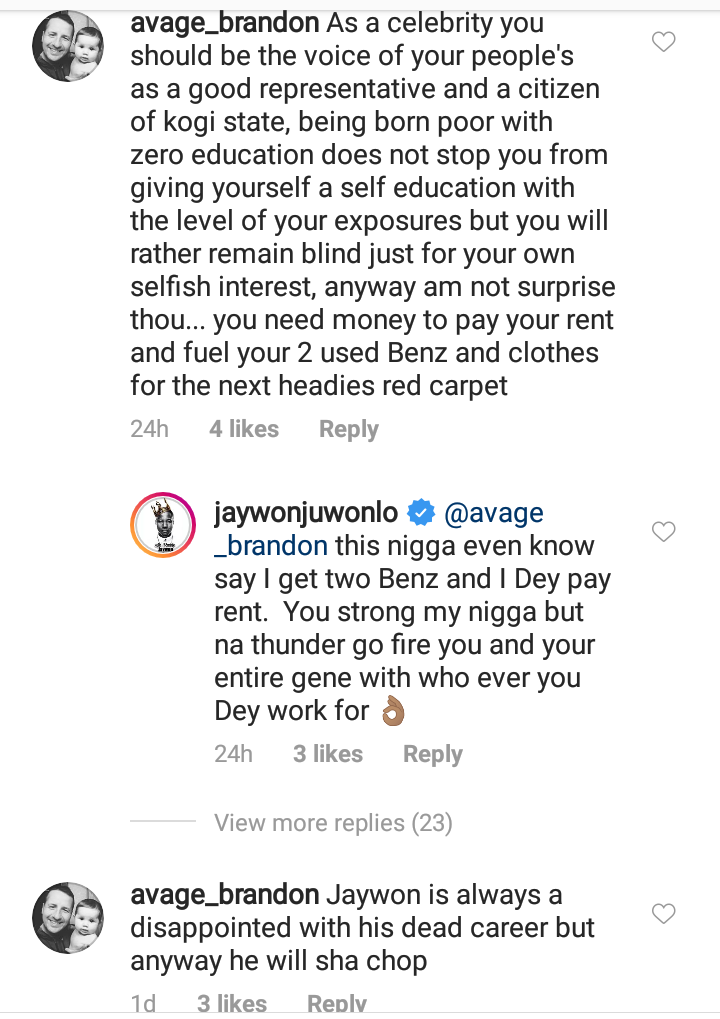 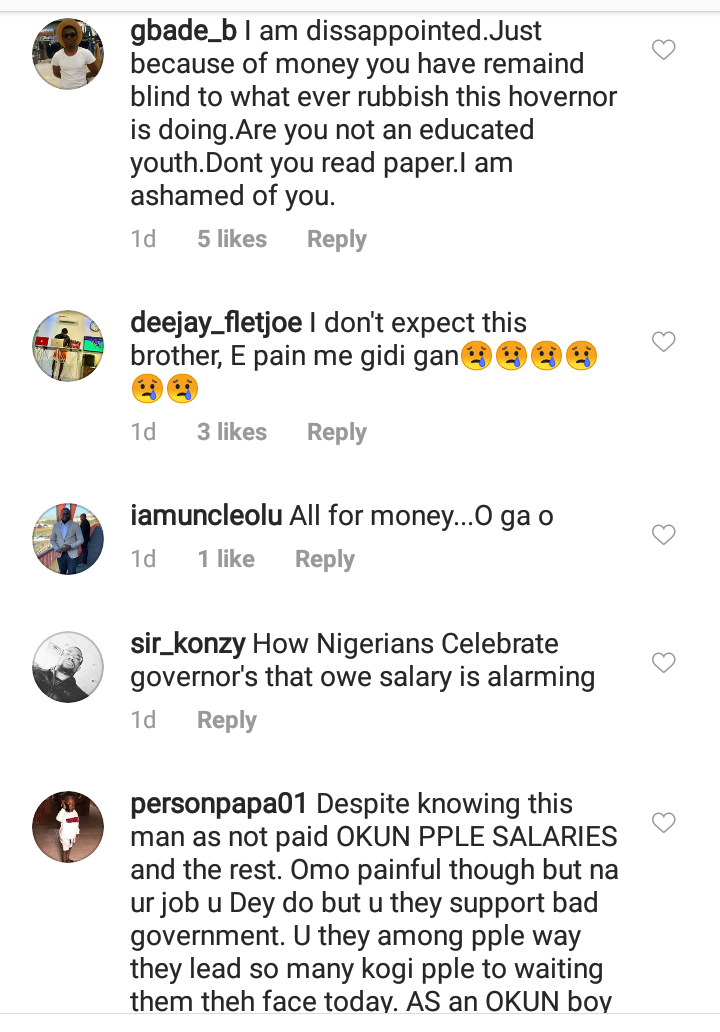 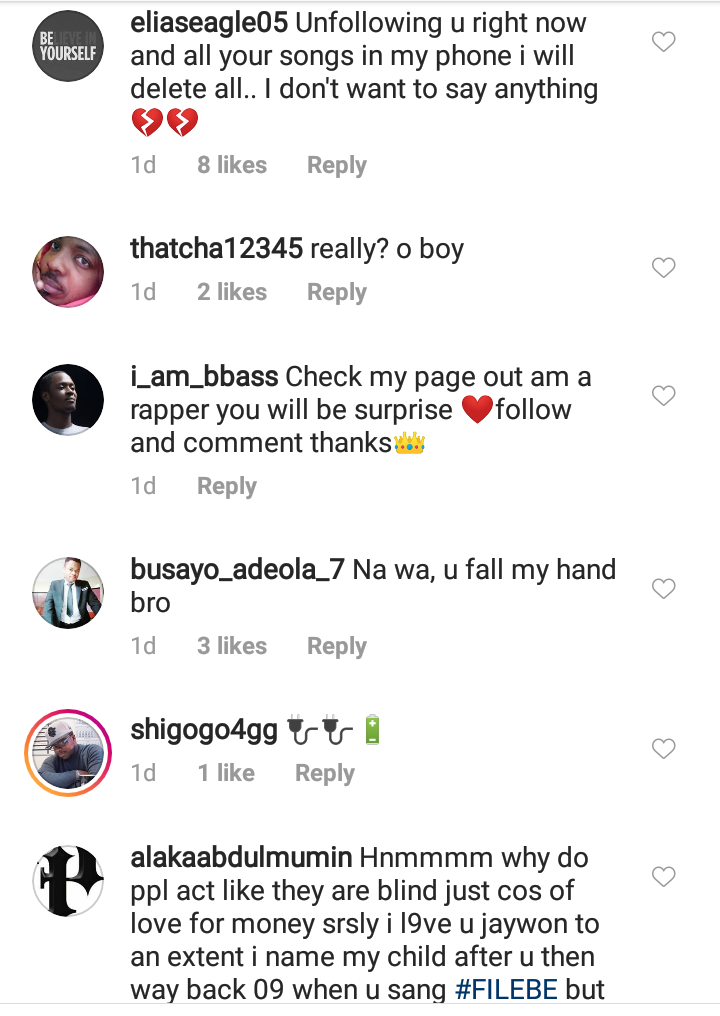 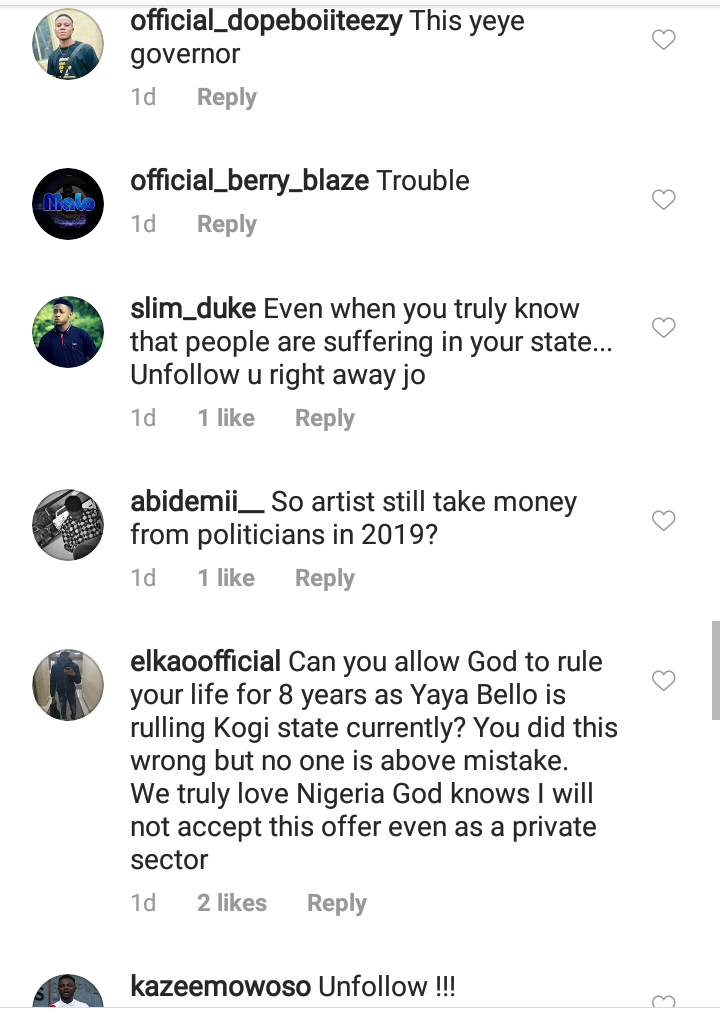