Following a post by a Twitter influencer, Peoples Gazette, Singer Davido stated his political stance after a fan encouraged him to stay away from politics.

This prompted a response from Davido, who urged Peoples Gazette to avoid spreading this misinformation because state courts do not have jurisdiction over post-primary matters, and only Federal High Courts can handle them.

An Instagram user identified as @chimefabian, urged Davido to stay away from politics. Replying the user, Davido said that politics is his passion and that he will not abandon it. 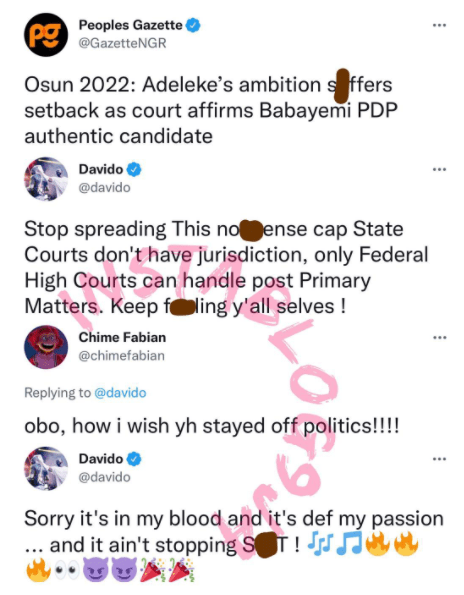