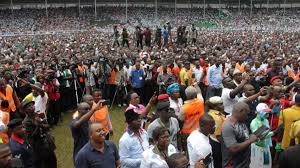 ARRANGEMENTS are said to be on top gear for politicians in Imo State to join the Young Democratic Party, YDP, in the state.

This came as Mr. Linus Okorie, who earlier indicated interest to contest 2019 Imo governorship election under APGA, suddenly declared officially to pursue his ambition under YPP.

Vanguard was told that some politicians had sent their emissaries to fine tune their coming into YPP, giving their reasons as lack of fair treatment in their current parties.

However, Okorie boasted that his journey to Imo Government House in 2019 would be for the benefits of youths in the state, adding that YPP, has been divinely positioned to bring hope to the people of the state.

He said: “Some think that YDP is a small party but it is not true. YPP is gradually turning into one of the biggest political parties in Imo state. I want you to watch out and see what will happen.