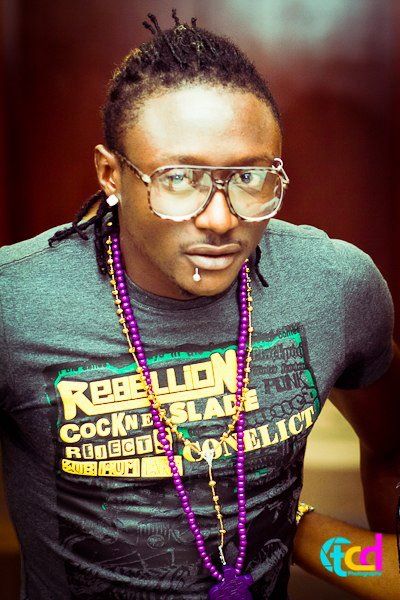 It’s no news that in the past,controversy was synonymous with Gabriel Oche Amanyi, aka Terry G. If he was not reported fighting, he would be caught smoking publicly or doing other attention-grabbing things.

But in an encounter with Sunday Scoop, the music producer said he did all that in the past was as a young boy, who was just having fun.

HE STATED, “I DO NOT LIKE CONTROVERSIES. I WAS ONLY A VICTIM OF CONTROVERSIES. ALL THAT I HAVE DONE IN THE PAST THAT MADE ME CONTROVERSIAL WERE MISTAKES ANYONE COULD COMMIT. I AM STILL PAYING THE PRICE FOR MY PAST. I DID CERTAIN THINGS I CAN NEVER DO AGAIN. I WAS A YOUNG BOY, WHO WAS JUST HAVING FUN AND ENJOYING MUSIC. MY PAST STILL HAUNTS ME AS I SPEAK TO YOU, AS I AM BEING JUDGED FOR THOSE ACTIONS. I HAVE DONE THINGS I AM NOT PROUD OF.”

According to him, pictures on the Internet of him smoking marijuana were taken many years ago. He insisted that one could not find images of him doing such again as he now understands the implication.

“I AM NOW A SCAPEGOAT ALL BECAUSE I REPRESENTED THE STREETS AND I WAS NOT AFRAID TO SHOW IT. I SACRIFICED MYSELF FOR THE NEW GENERATION OF ARTISTES. ALL I WAS BEING CRITICISED FOR ARE THOSE THINGS ARTISTES DO FREELY NOW AND NO ONE TALKS ABOUT THEM.”
“I HAVE MANY REGRETS, WHICH I TAKE AS LESSONS IN A WAY. IF I HAD KNOWN BETTER, I WOULDN’T HAVE DONE CERTAIN THINGS.
“BUT I DO NOT THINK WHAT I SING OR SAY DETERMINES WHO I AM. ONE DAY, NIGERIANS WILL REALISE THAT ART IS DIFFERENT FROM REALITY. I MADE MY MOTHER LOVE PATIENCE OZOKWOR BECAUSE SHE HAD THE IMPRESSION THAT SHE WAS A WICKED WOMAN BECAUSE OF HER ROLES IN MOVIES. I MADE MY FATHER LOVE MANY MUSICIANS TOO. I MADE THEM UNDERSTAND THAT WHAT THEY WERE DOING WAS AN ART.
“SOONER THAN LATER, NIGERIANS WILL UNDERSTAND THAT THE ALL THE CRAZY THINGS I DO ARE JUST FOR THE ART; I AM AN ACTOR. I AM YET TO DO MOST OF THE THINGS THE NEW ARTISTES DO IN THEIR VIDEOS, YET PEOPLE STILL SEE ME AS THE MOST TERRIBLE PERSON. IN OTHER COUNTRIES, NOBODY MAKES AN ISSUE OUT OF THOSE THINGS,” HE SAID