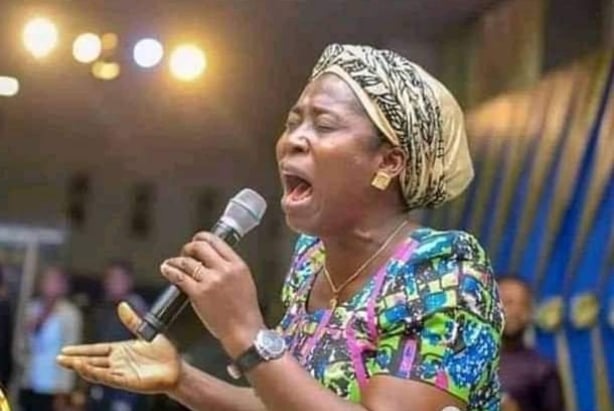 Usman Alkali Baba, the inspector-general of police (IGP), says Peter Nwachukwu, husband of Osinachi, the late gospel singer, has not been charged to court because the police await her autopsy.

Osinachi was alleged to have been a silent victim of domestic assault from Peter, her now-embattled husband.

Peter was earlier arrested after Osinachi’s death was attributed to physical abuse inflicted on her by him.

The singer was initially thought to have died of throat cancer.

But associates claim it may be connected to an assault by her husband, who is being investigated by the police.

Tallen paid a courtesy visit to Baba in his office at the Louis Edet House, force headquarters, Abuja.

The meeting was to discuss the plight of women, particularly in relation to gender and domestic-based violence.

The IGP, while addressing the minister, said Osinachi’s death was “heartbreaking” particularly as information from sources close to the family and independent witnesses fingered her husband as being responsible for her death.

He also reiterated that the FCT command of the police force, in whose jurisdiction the incident occurred, arrested the deceased’s husband at about 5 pm on Sunday, April 1, 2022, at their residence in Lugbe, Abuja.

The IGP said the suspect is in detention at the FCT police command amid ongoing investigations.

He said the command has approached the National Hospital, Abuja, for a post-mortem exam on the deceased to ascertain the cause of death.

The IGP said her husband will be charged to court as soon as it is established that he was responsible for her death.