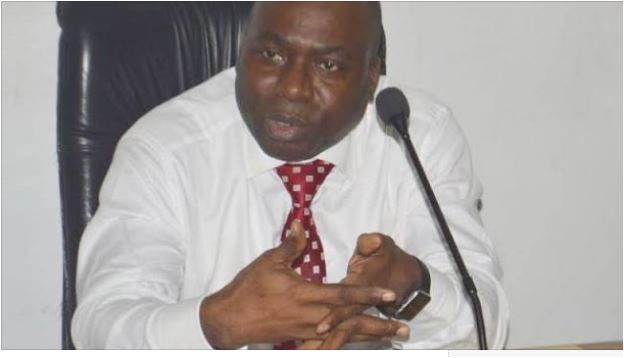 Bolaji Owasanoye, chairman of Independent Corrupt Practices and Other Related Offences Commission (ICPC), says Nigeria is awaiting the return of $400 million Abacha loot stashed away in the US.

The ”Abacha loot” are monies stolen and concealed in foreign accounts in 12 countries by the late Sani Abacha.

In 2017, Nigeria received $322 million of the loot repatriated from Switzerland after years of deal brokering.

A bulk of the funds was funneled into the Buhari administration’s social investment programmes.

Speaking at the 42nd annual conference of the Nigerian Society of International Law (NSIL) in Lagos, on Wednesday, Owasanoye said it is difficult securing the return of the funds owing to legal bottlenecks.

“Nigeria is presently awaiting the return of about $400 million from in the US, which is part of Abacha loot,” he said.

“We have $322 million returned from Switzerland two years ago as part of the Abacha loot, which is been used for the conditional cash transfer.

“We also recovered $73 million from the UK, which was abandoned in England as part of proceeds from Malabu oil transaction.”

He said some countries are not willing to return the assets, and that even some of those willing to do so would rather want to keep a part pf them for themselves.

He said the $73 million the UK returned was short of $12 million, which the country said was for ”administrative costs”.

The ICPC chief also said Nigeria was seeking compensation in the Malabu case.

“Nigeria is an interested party in that case and is asking for compensation for the corruption that was inflicted on the country by the illegal award of that licence,” he said.

The Malabu scandal, which involved the alleged fraudulent acquisition of an oil block, OPL 245, by Eni and Shell, has been described as one of the biggest corruption cases in the oil and gas industry.