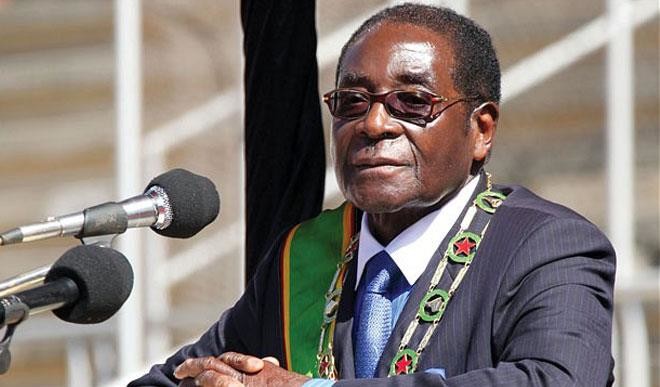 The situation in Zimbabwe remained fluid overnight with President Robert Mugabe placed under house arrest by the country’s military.

Mugabe’s wife, Grace, is said to have fled across the border to Namibia and several of his ministers and senior party men are reported to have been arrested.

President Mugabe yesterday told South Africa President Jacob Zuma that he was confined to his home but that he was fine.

The military denied they have staged a coup and by mid afternoon were still referring to Mugabe as President.

“Firstly, we wish to assure the nation that His Excellency, the President, of the Republic of Zimbabwe, head of state and government and commander in chief of the Zimbabwe Defence Forces, Cde R.G Mugabe and his family are safe and sound and their security is guaranteed,” army spokesperson Major General Sibusiso Moyo said in a statement.

“We are only targeting criminals around him who are committing crimes that are causing social and economic suffering in the country in order to bring them to justice. As soon as we have accomplished our mission we expect that the situation will return to normalcy,” he added.

The situation in Zimbabwe had moved dramatically since Mugabe fired his deputy Emmerson Mnangagwa in a power struggle that observers interpreted as a move to put his wife in position to succeed him as president. He was also stripped of his lifetime membership of the party.

Army commander, General Constantino Chiwenga, said to be Mr Mnangagwa ally, on Monday warned that the military may be forced to step in to stop the purges in the ruling party.

Gen Chiwenga had said Zanu-PF’s squabbles over President Mugabe’s succession had paralysed the economy and was fast becoming a security threat. He had given the party an ultimatum to stop the purges and expel the alleged infiltrators.

By yesterday that ominous warning became real when army tanks started rolling into the capital Harare and several loud explosions echoed across the capital.

The soldiers took control of ZBC, a pro-Mugabe broadcast station, and ordered staff to leave.

The response from African and other world leaders were immediate. Nigeria’s President, Muhammadu Buhari called for calm and respect for constituted authority.

Buhari, according to a statement by his spokesman Mr Femi Adesina, urged all political and military stakeholders in Zimbabwe to avoid any action that might plunge the country into unnecessary conflict and impact negatively on the region.

President Buhari said: “Every attempt must be made to resolve all contentious issues by constitutional means in Zimbabwe to save the country from avoidable political instability.”

South Africa’s Zuma urged neighbouring Zimbabwe to resist any “unconstitutional changes.” The African Union said it “seems like a coup” and called on the military to halt their actions and restore constitutional order.

The South African presidency said in a statement that Zuma, in his capacity as chair of the Southern African Development Community, was sending special envoys to Zimbabwe to meet with Mugabe and the Zimbabwean Defence Force.

AU’s head, Alpha Conde, who is also Guinea’s president, said the crisis ‘seems like a coup’ and called on the military to halt their actions and submit to constitutional order.

The EU called for a ‘peaceful resolution’ and described the crisis ‘a matter of concern’ for the bloc. Britain’s Foreign Secretary Boris Johnson appealed for ‘everybody to refrain from violence’.

Meanwhile, Nigeria’s House of Representatives said yesterday that the coup in Zimbabwe is old-fashioned and unacceptable.

House spokesman, Abdulrazak Namdas (APC, Adamawa) told Daily Trust on telephone last night that the House would rather suggest that appropriate channels should be followed in expressing grievances.

“We’ll never support any attempt to set aside the constitution of any African country or any country in the world.

“We are democrats, and what we preach is democracy. Whatever grievances you have, there are appropriate channels of addressing them, and every country has its method.

“Rather than resorting to this old-fashioned way of doing things, they should follow the right channels. If you follow any other means, it’s unacceptable.

“The House of Representatives will never support coup in any part of the world. Democracy has come to stay, and we believe there shouldn’t be any system of government that people should entertain apart from democracy.”