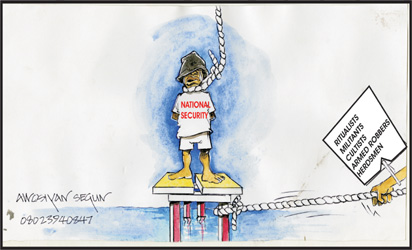 The deceased were among the security personnel drafted to the troubled Guma in the wake of the new year day killing that claimed over 73 lives in Guma and Logo local government areas of the state.

Vanguard gathered from sources that the duo were gunned down while on patrol with members of sister security operatives in the area.

“I think that the herdsmen ambushed and opened fire on the team killing the two victims while other members of the team managed to escape unhurt.” The source said.

Vanguard gathered that the deceased victims who joined the Corps in 2017 were members of the Joint Task Force, JTF, drafted to the troubled communities in Guma.

When contacted, the NSCDC Benue Command Public Relations Officer, PRO, Peter Adakole said the Command had already drafted more of its men to the area to ascertain the veracity of the report.