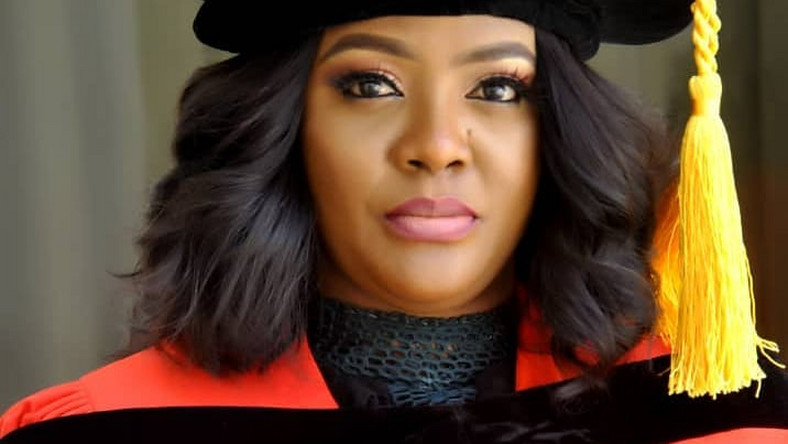 Helen Paul is a Nigerian comedian, singer and actress. She is also a stand-up comedian, known as Tatafo, characterized by a voice range that makes her sound like a child.

She graduated with a doctorate in Theater Arts from the University of Lagos.

Paul has worked and served as a freelance and full-time presenter at several media houses in Nigeria. These include Lagos Television (LTV 8), Continental Broadcasting Service (CBS), and MNet (where she currently co-presents JARA on Africa Magic).

Paul broke out as a naughty comic character on the radio program Wetin Dey on Radio Continental 102.3FM, Lagos. She was known on the programme as “Tatafo”, a witty kid who addresses and lampoons societal issues in a satirical manner. She also presented programmes on TVC and Naija FM 102.7.

In July 2012 Paul released her debut album Welcome Party, which contains Afro-Pop songs such as “Boju Boju”, “Vernacular”, “Gbedu”, “God Forbid”, an Afro RnB song titled “Children of the World”, and “Use Calculator”, an enlightenment song about the menace of the HIV-AIDs epidemic. She subsequently released some singles, including “Take It Back”. In 2018, she released the audio and visuals of her single titled “Never Knew”, an inspiring song about her developmental years and career progress thus far.[7][8]

Paul opened a bridal and fabric boutique in Lagos in 2012 called Massive Fabrics and Bridals. She has since proceeded to open three other outlets of the boutique in different parts of Lagos.

In 2014, she opened a film and theater academy, the Helen Paul Theater and Film Academy. It consists of a dance studio, a makeup studio, a recording studio, a rehearsal studio, a photo studio, a mainly digital library, an editing studio, and a hostel for students.

Paul is married to Femi Bamisile and has two sons

In 2019, She obtained her doctorate in Theater Arts from the University of Lagos, which she dedicated to her mother.