A viral video showing the moment Rico Swavey was left unattended in an undisclosed hospital in Lagos while healthcare attendants allegedly filmed and laughed, has triggered angry reactions online.

In the clip, Rico could be seen sitting on a chair while receiving oxygen as the nurses contemplate on how to move him into the Intensive Care Unit at the hospital.

One hospital staff is heard telling her colleagues to join her in carrying him inside. However, the colleagues were in no hurry to help.

A voice is then heard warning the medics to stop making videos and attend to Rico.

The clip has since sparked outrage on social media, as Netizens called for the immediate dismissal and arrest of the staffs who should have handled the situation with uttermost professionalism. 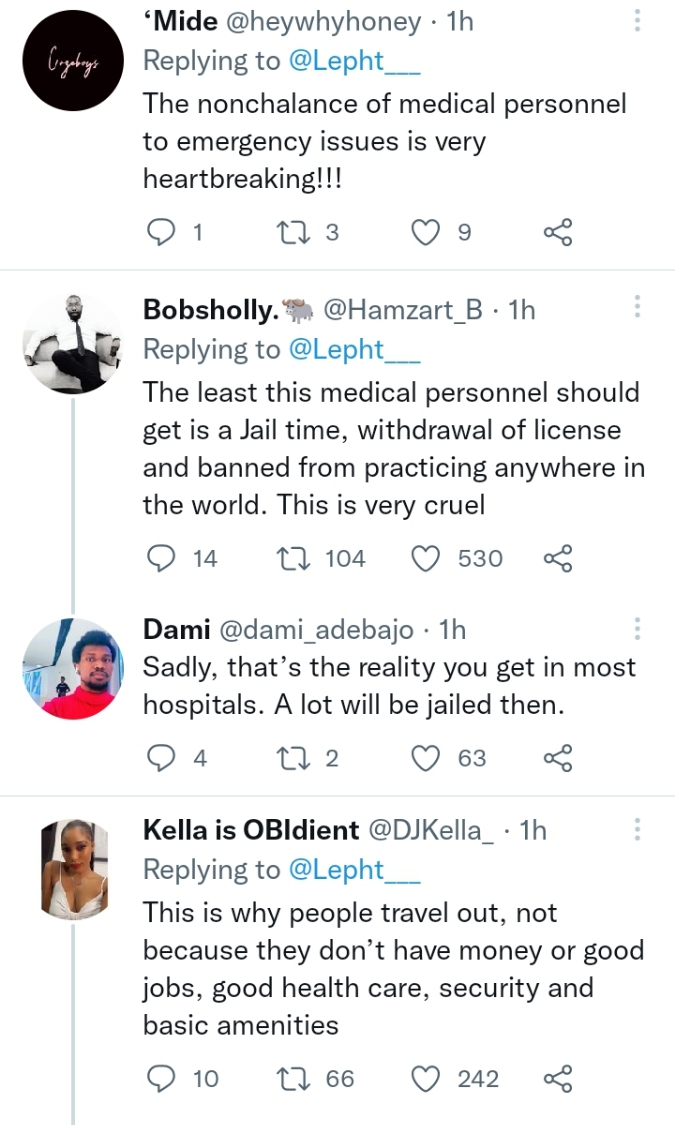 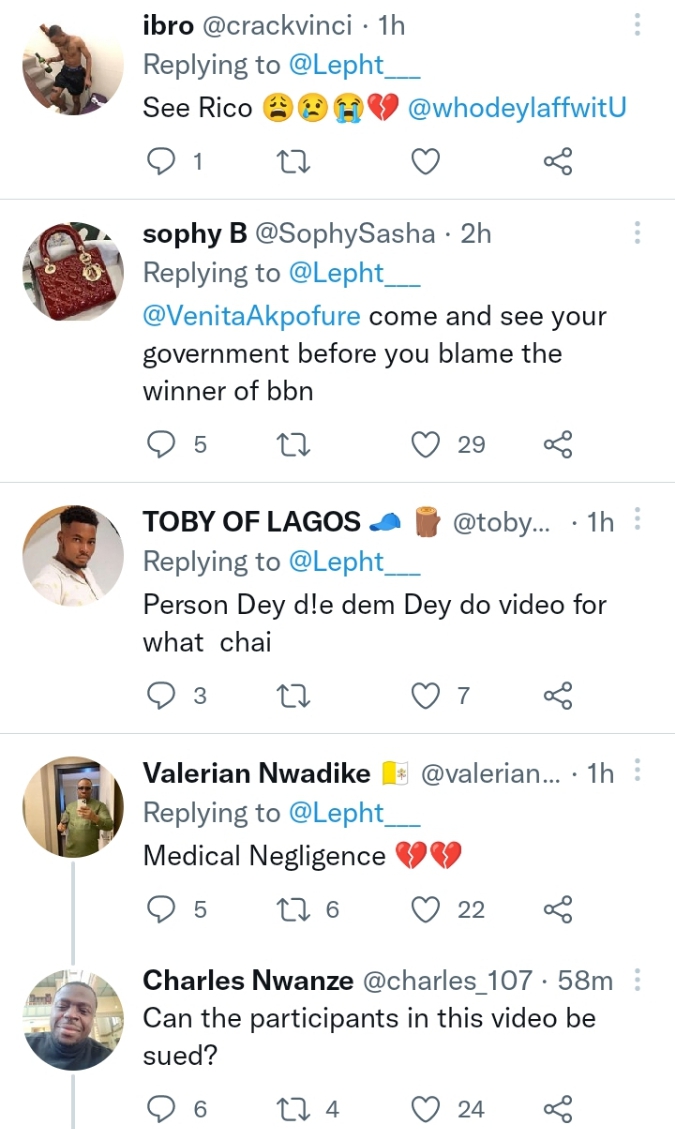 The Former Big Brother Naija star was announced on Thursday morning, October 13, 2022, to be no more two days after he was involved in a ghastly car accident.