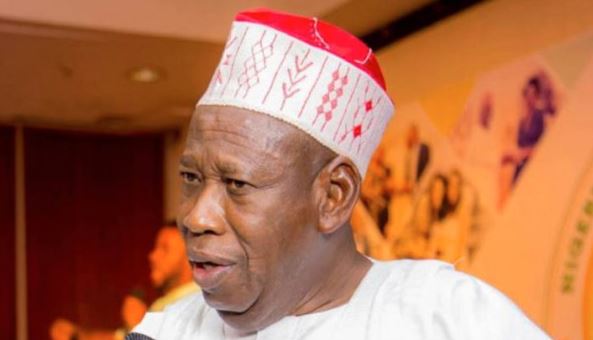 Kano State is set to introduce the death penalty for kidnapping in its penal code as child abductions and trafficking worsen.

Governor Abdullahi Ganduje on Thursday directed the state Ministry of Justice to immediately amend the Penal Code to add capital punishment for kidnappers.

He said child kidnapping was a taboo that must be decisively dealt with.

Ganduje spoke while inaugurating a 16-man Commission of Inquiry on nine children kidnapped in Kano and sold in Onitsha, Anambra State.

The panel is headed by retired Justice Umar Wada Rano. Christian Association of Nigeria (CAN) chairman Rev. Adeolu Samuel Adeyemo, who wept at the inauguration, is a member.

The commission is to submit its report in 30 days.

Ganduje offered graduate scholarship and N1 million each to the victims’ parents.

He condemned the act, describing it as wicked.

The governor said what the kidnappers and human traffickers did was against the tenets of Islam and Christianity.

The committee’s terms of references read: “To conduct an enquiry into cases of missing persons in Kano State from the year 2010 to date and to procure all such evidence, written or oral, and to examine all such persons as witnesses as the commissioners may think it necessary or desirable to procure or examine.

“To summon any person in Nigeria to attend any meeting of the commission to give evidence or produce any documents and to require the evidence (whether written or oral) of any witness to be made on oath or declaration.

“To admit or exclude the public or any member of the public or press from any hearing of the commission, to prepare comprehensive data of missing persons in Kano State within the period and circumstances in which they disappeared.

“To find out both immediate and remote causes of  cases of missing persons and to prepare and submit a written report, including findings and recommendations to the Government of Kano State.”

The Commission is also expected  to hear from the victims or their relatives, collect written or oral evidence and visits sites (as the case may be) where the victims may have been taken to.

It is to come up with recommendations on how to eradicate “such wicked act”.

The Governor urged the Council of Ulamas (“the learned ones”) to facilitate the rescued children’s re-orientation, saying they were robbed of their childhood.

The Solicitor-General Amina Yusuf Yar Gaya administered the oath on the committee’s members.

Rev. Adeyemo, broke down in tears while speaking after their inauguration.

He condemned the act of child kidnapping and disassociated CAN from such dastardly act.

He said: “As I sit here today, I see the gravity of the sin committed by the perpetrators of this crime. I have seen the harm done to the parents because I am a parent.

“I was touched, very touched when we learnt about the rescue of these kidnapped children. It broke my heart and my heart is still broken. This is a crime against humanity which is condemned by God.

“In the Bible, it is not permitted to separate a child from the mother until the age of 13. This is an evil punishable in the sight of God. Those people who committed this crime are not Christians and do not represent the tenets of Christianity.

“Kano is a mini-Nigeria and we want to thank Governor Ganduje for making Kano a home for all. Nobody kidnaps for Christ. CAN condemns this act and Christians all over the world condemn it.”

Igwe Ibekwe said the issue was worrisome and condemnable.

He said: “Whatever is bad is bad. This is not only a taboo; it is a criminal matter that must be tackled. The Igbo community in Kano has not experienced this kind of thing.

“Not only that the children were kidnapped but they changed their religion. We  want to thank Kano people for their understanding.  We condemn it and our leaders in the East condemn it too.”

This as the Police in Anambra State on Wednesday handed over two kids kidnapped in Gombe State but rescued in Anambra to their parents.

The two kids, Mustapha Abdulazeez and Musa Yusuf, both aged two, were on October 20, stolen by a child theft syndicate and brought to the popular Tanzan Junction area of Onitsha.

Speaking to newsmen during the suspected abductors’ parade, one of the parents, Abdulaziz Suleman, was full of thanks to God for enabling them to see their children again after 20 days in the kidnappers’ den.

Suleman, a tailor, said the rescue was facilitated through the aid of social media.

He said: “Our children were playing in their compound when they were kidnapped.

“One of our neighbours alerted us after he saw the pictures of the boys on facebook where they were rescued in Anambra.

“As soon as we confirmed they were our children, we quickly rushed down to the state to reclaim our children. When the children saw us they jumped and ran to us.”

Police spokesperson Haurana Mohammed said the children were kidnapped in Gombe State and rescued in Anambra State through an intelligent network of security operatives in the state.

He said, “It would be recalled that on the 22/10/2019 at about 10:45 am, following intelligence report Police detectives attached to Anambra State Command arrested three female suspects at Nkpor market/Tarzan junction in Idemili North Local Government Area of Anambra State.

“Preliminary investigation revealed that the children were stolen from Gombe by one Blessing Musa ‘f” on the 20/10/2019 and brought to her accomplices in Anambra State. Following the announcement by the Command on the 27/10/2019, parents of the two kids from Gombe State came to Awka and identified their children.

He said the children have since reunited with their parents and suspects handed over to Gombe State Police Command for further investigation and prosecution.

One of the suspects, Blessing John said she was on a bus with a lady whom she claimed told her she needed financial assistance to train her two children.

She said when she got to Onitsha she approached patience Opia to help her find somebody who would assist to train the children in school.