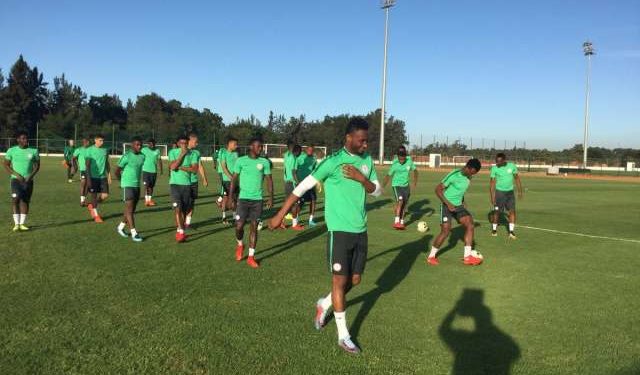 Nigeria has high hopes for the 2018 world cup in Russia. The Nigerian coach, Gernot Rohr had managed three other African nations before taking over the Super Eagles in 2016.

The Nigeria Football Federation (NFF) released Super Eagles 2018 FIFA World Cup programme earlier in the year and Nigeria was drawn in Group B of the World Cup alongside Argentina, Croatia and Iceland.

The NFF unveiled the new Nike jersey in London and it has since gained worldwide acceptance and recognition, boosting the confidence of Nigeria and players.
Having met Poland, Serbia, DR Congo and England, the team has warmed up for the battle ahead.
The Super Eagles of Nigeria now in Yessentuki Russia, will kick off their 2018 FIFA World Cup campaign on Saturday, June 16 against Croatia.

Below is the full list of players, their positions and the clubs they play for:

Nigerian striker, Obafemi Martins, who ruptured his hamstring playing for his Chinese club, Shanghai Shenhua will be out of action for six to seven months. The 23 players in Russia are named below:

Although the Captain of the team, John Obi Mikel has a lot of experience and presence in central midfield as well as Chelsea’s Victor Moses, some Nigerians believe the team has more inexperienced hands. However, the Nigerian team can not be underestimated, we look forward to the best.