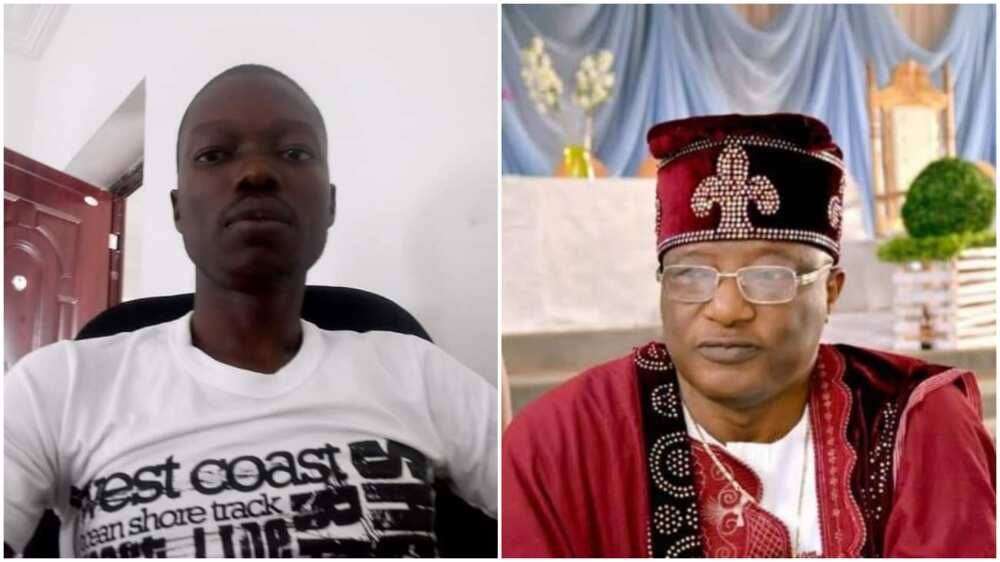 The Osun State Police Command has arrested the owner of Hilton Hotel and Resort, Ile-Ife, who also doubles as founder of Adedoyin Oduduwa University and the polytechnic in Iperumodu, Osun state, Dr Ramon Adedoyin, over the death of Timothy Adegoke, a Masters Degree student of Obafemi Awolowo University.

According to a press release signed by the command spokesperson, Yemisi Opalola, Adedoyin was arrested on Monday and is presently being interrogated with other suspects that were earlier arrested over the matter.

The reports say that Timothy who traveled from Abuja to write his exams in Obafemi Awolowo University (OAU) was declared missing early in the morning. Unfortunately on Monday the news of his death overtook social media.

The reaction of the Osun state Police command went thus: ‘Subsequent upon the earlier press release issued in respect of the circumstances surrounding the death of Mr Timothy Adegoke; a Master’s degree student of OAU who came from Abuja to sit for his examination at the OAU Distance Learning Centre, Moro, Osun State, the Commissioner of Police, CP Olawale Olokode, psc wishes to update the general public that, in addition to the six (6) suspects earlier arrested, the Chairman of Hilton Hotel and Resort, Ile-Ife, Dr Ramon Adegoke Atobatele Adedoyin was also arrested on 15th November, 2021.’

The police report confirmed that the founder of the Adedoyin Oduduwa University is still presently in police detention and undergoing interrogation concerning the case while the autopsy report from the hospital is being awaited. He thanked the members of the public particularly the family of the deceased student and management of OAU for the patience in allowing the police to go through a thorough investigation in the matter. While awaiting the outcome, it said the police command was to ensure that Justice is done no matter the personality involved in the case, or how highly placed the person is in society. They also assured to make updates on the case public as soon as they unfold.

Interestingly, a leaked audio tape of the incident was reportedly obtained by Sahara reporters on Tuesday night disclosing that Timothy was found dead in the room where he  lodged in the hotel and that the management of the hotel decided to bury him to cover up.

Sahara reporters released the contents of the audio tape as follows: ‘I just called the Commissioner of Police now. He was just giving me a cock-and-bull story. He said that Timothy lodged in that hotel on Friday. He came in on Friday. And that he didn’t come out Saturday, he didn’t come out Sunday. It was on Sunday afternoon when they didn’t see him; they went to knock on his door’.

‘When no one answered, they used a spare key to open the door and saw his lifeless body. They now said the only mistake the hotel they made was that instead of reporting to the nearby police because these things happen in hotels all over the nation’.

They took law into their hands and buried him close to the hotel so that they could cover up the part that he had actually lodged there. So, the story did not add up, so asked him, ‘sir what was his phone doing in Ejigbo and all that?’” the audiotape reportedly revealed.

Arrested founder of Adedoyin Oduduwa University, however reacted thus:  ‘That I own the hotel does not mean I run the hotel. I am presently the only Nigerian that has five universities and polytechnics. Put yourself in my position, can you be a ritualist? Let us be fair to God. I do not know about Timothy’s death. If I do, let all that I have perish including myself. Why have you targeted my university so much?”