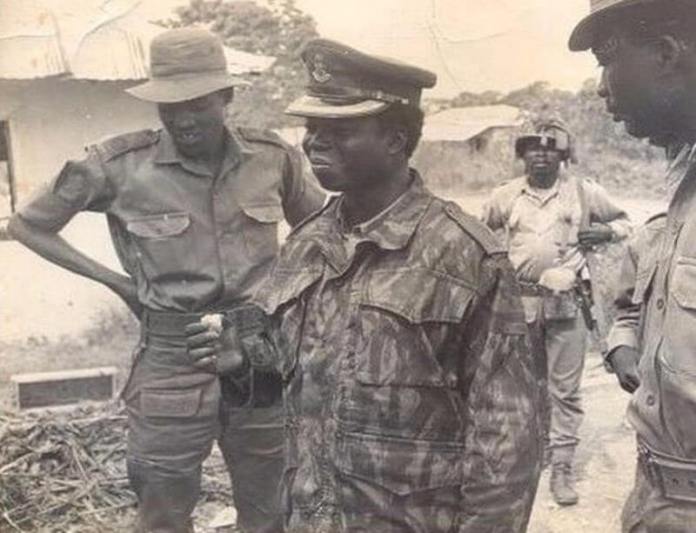 Forty-seven years after the Nigerian Civil War ended under ‘no victor, no vanquished’ terms, the federal government Monday agreed to pay victims of the war N88 billion as compensation.

A breakdown of the compensation adopted by the ECOWAS Court of Justice as consent judgment for government and the victims showed that N50 billion would go directly to the victims of the war in 11 affected states in the South-east, South-south and parts of the North-central region, while the remaining N38 billion would be used for the evacuation of abandoned bombs and other lethal weapons, as well as the construction of schools, courts, churches and mosques, among other social amenities in the affected areas.

In the consent judgment read by Justice Friday Chijioke Nwoke, the federal government is expected to pay the N50 billion into a United Bank for Africa (UBA) Plc account number 1018230076 belonging to Chief Noel Agwuocha Chukwukadibia, the nominated counsel of the war victims.

The balance of N38 billion is to be paid into another UBA account number 1016296801 belonging to Deminers Concept Nigeria Limited for RSB Holdings Nigeria Limited and Deminers Concept Nigeria Limited that are expected to evacuate all the abandoned bombs and other dangerous weapons in the farmlands, schools, churches and mosques of the war victims and also carry out construction works.
The federal government will by the consent judgment also establish a National Mine Action Centre in Owerri, Imo State, for victims in the South-east region.

In order to ensure transparency and accountability, the federal government will also set up a Special Purpose Vehicle that will comprise all necessary stakeholders in the terms of settlement.
The consent judgment further indicated that medical experts employed on behalf of the federal government to screen and identify true victims of the war, acknowledged that 685 persons were selected and classified as survivors, while 493 of them, including those who sued the federal government, were confirmed as victims of either landmines or other dangerous military ordinance, including locally fabricated weapons, and were confirmed as entitled to compensation.

The consent judgment further acknowledged that 17,000 bombs were recovered in the war ravaged communities and destroyed by RSB Holdings Limited and Deminers Concept Nigeria Limited, while 1,317 bombs are still in the stockpile located at the Mine Action Centre, Owerri, in addition to large quantities of live bombs that still liter communities of the war victims.
It further ordered the federal government to remove and destroy without further delay all the stockpiles of bombs at the Nigerian Mine Action Centre located at plot 108, Ndubisi Kanu Street, New Owerri, Imo State.

The parties, according to the consent judgment, agreed that the war victims, apart from their direct physical injuries, their families and community at large, had been deprived of the use of their farmlands since the civil war hostilities ended in 1970, hence the agreement to clear the war affected areas of the post-war ordinances.
It was also agreed that RSB Holdings Nigeria Limited and Deminers Concept Nigeria Limited, having satisfactorily performed the first phase of clearing and destroying the post-war bombs, should be mobilised back to site to complete the final phase of the ongoing demining process.

The representatives of the victims of the Nigerian Civil War, including the 493 victims enumerated by the Ministry of Defence, had through their agents, Vincent Agu and 19 others, dragged the federal government before the ECOWAS Court demanding N100 billion as compensation and another order of the court compelling the government to clear and destroy all post-civil war bombs and other dangerous weapons of war abandoned in their various communities and farmlands since 1970.
The plaintiffs had claimed that apart from physical injuries, the abandonment of the war weapons had deprived them of the use of their farmlands, schools and churches, hence their demands for compensation.

Though the suit was filed at the regional court in 2012, the federal government opted for an out-of-court settlement with the war victims, prompting the court to adopt the terms of settlement by government and the consent judgment that was delivered Monday.
Key signatories to the terms of settlement are Hon. Chukwukadibia and Alex Williams for the applicants; Chief Femi Falana (SAN), Sola Egbeyinka, Charles Uhegbu and Solomon Chukwuocha for government and its agencies, while Dr. Charles Onuoha and Chief Alams Chukwuemeka signed for the stakeholders.