Nollywood Veteran Stella Damasus has triggered numerous reactions online after she talked about her failed marriage in the recent episode of her ‘Ask Stella’ podcast.

In a new video sighted on her Instagram page, Stella pointed out that she was also a victim of failed relationship, while advising ladies against rushing into marriage.

According to her, she thought her partner was her soulmate but he ended up breaking up with her.

“I’ve heard experiences with dreams and visions that I choose how I want to interpret it to suit what I want, to give me the answers that I want. It has happened to me.

I thought this person was my soulmate. He does the same thing that I do. We were both intelligent. Everything is falling into place, we are so similar we have the same kind of vision. We talk the same we do the same. Last last e don cast, everybody will still chop breakfast.”

However, Netizens took to social media to drag her over her assertions, accused her of snatching fellow actress Doris Simeon’s husband. 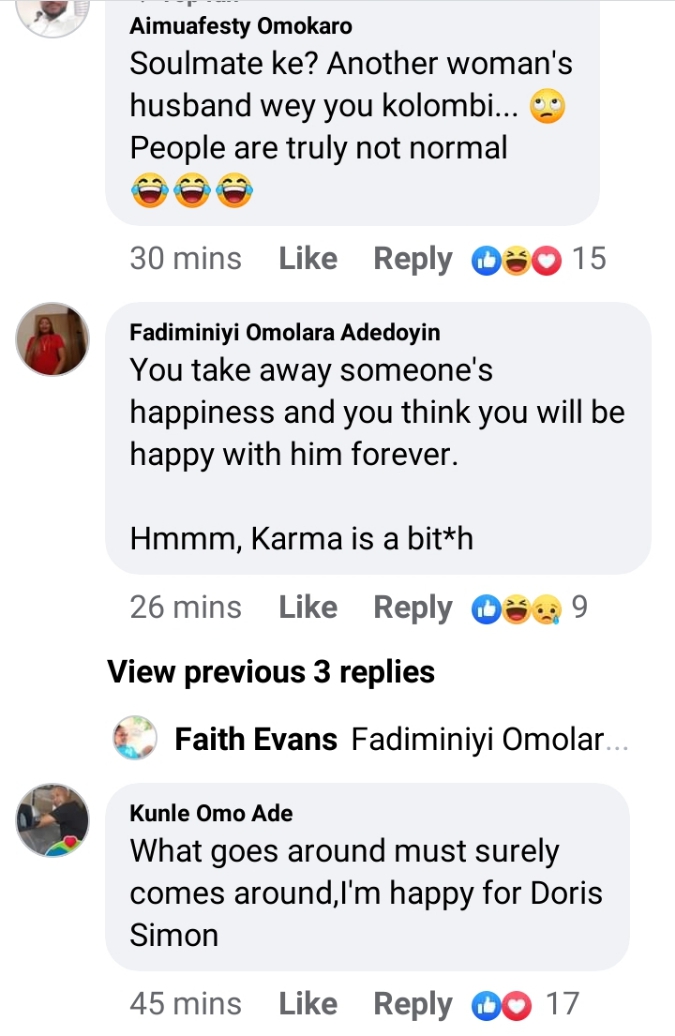 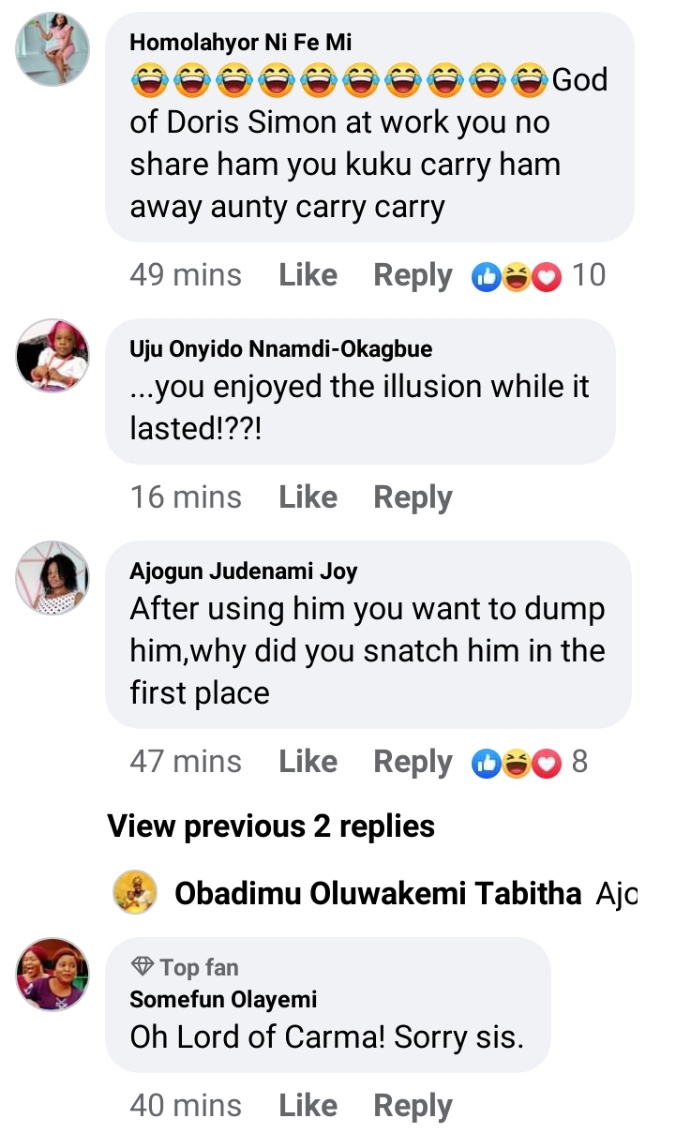 Stella married her first husband Jaiyejeje Aboderin at the age of 21 in 1999.

They have two daughters, Isobel and Angelica.

Aboderin died on December 3, 2004 shortly after a basketball game.

Three years later, she got remarried to Emeka Nzeribe but the marriage lasted only seven months before a mutual agreement to divorce.

Stella, 44, began an affair with fellow actress Doris Simeon’s former husband Daniel Ademinokan in 2011 to widespread condemnation in Nollywood and beyond.

Their relationship sparked negative reactions because both parties never publicly admitted to be dating, engaged or even married until 2014.