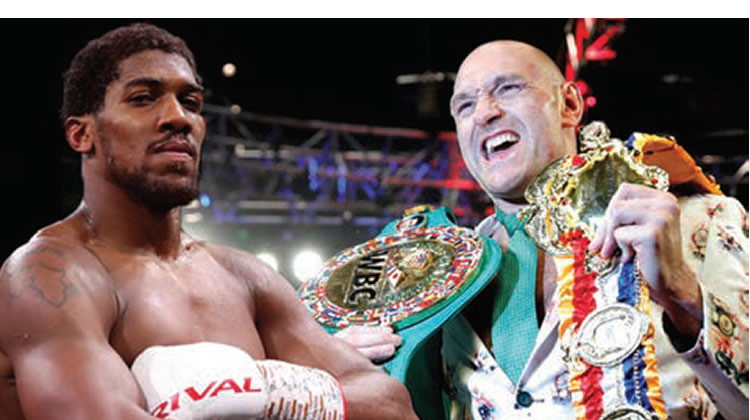 Fans fear that Tyson Fury has gone way too quiet, putting doubts over whether the heavyweight showdown with Anthony Joshua will be confirmed.

Joshua has accepted Fury’s terms for a pre-Christmas showdown that the public has wanted for so long, but which seemed in danger of never happening.

A 60-40 purse split in favour of Fury as the WBC world heavyweight champion had already been agreed and now Joshua has compromised on a December 3 date for one of the biggest battles in UK boxing history.

The deadly duo are set to meet at last under the retractable roof of Cardiff’s Principality Stadium.

Fury had suspended negotiations out of respect for global mourning following the death of the Queen, but Joshua has promoted further discussion by instructing his own management company, 258, to close the deal.

“258 and Matchroom Boxing can confirm, on behalf of Anthony Joshua, that we accepted all terms presented to us by Fury’s team for a fight December 3,” 258 tweeted on Tuesday. Due to the Queen’s passing, it was agreed to halt all communication. We are awaiting a response.”

Joshua’s team quickly received one on Twitter from Fury’s promoter Frank Warren on Twitter, as he replied, “Contract will be with you very soon.”

Since Joshua accepted the fight, it has however, been radio silence from The Gypsy King on social media, which is very unlike him.

Fans are seemingly concerned about the bout actually going ahead with Fury not posting since the latest news from Joshua.

One fan said, “Fury will weasel his way out the fight. Let’s not forget he pretended he was onboard with the AJ fight and lied about not knowing of the Wilder arbitration.

“Between he’s been quiet for days since AJ called his bluff, surely he isn’t gonna bottle it is he?”

A third posted, “That motor mouth Tyson Fury has gone quiet hasn’t he! Wasn’t expecting this was he – had a bin man lined up for December and would blame AJ for not stepping up. Had his pants pulled down here!

While another added, “Non stop videos from Fury and now reports that Joshua has accepted he’s gone quiet.”

More fans had concern over the potential fight while a few believe an announce is perhaps imminent, hence the silence.

One said, “Over to you Tyson Fury?! Don’t go quiet his accepted everything asked of him ? Or is there another stipulation?!

Another said, “In no way a AJ fan but Fury is awfully quiet today considering the news.

While one argued Fury’s case, by saying, “I’m not one for conspiracy theories, but the fact it’s all gone quiet on the AJ v Fury front to me means an announcement is imminent and nobody wants to let slip until there’s a joint announcement.”