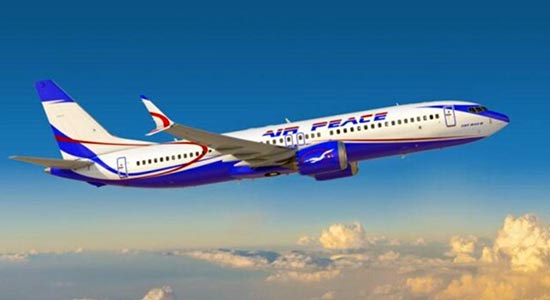 The usually volatile ancient city of Kano may erupt in protest any moment from now, except urgent actions are taken by the appropriate authorities to stem the tide. And when as it now threatens to do, Nigerians will be able to understand the dynamics behind such past occurrences that happened in the city. Kano may erupt because the god in control of Nigeria is wounded and unless it is appeased will bare its fangs and the street urchins of Kano may take to the streets once again in protests. Of course, such protests usually turn violent.

The recently coronated Emir of Kano, Alhaji Aminu Ado Bayero who recently gave his daughter in marriage to the son of President Muhammadu Buhari, Yusuf Buhari, is embroiled in a face-off with the management of Air Peace and its chairman, Allen Onyeama. Many will recall that the lavish royal wedding was celebrated by moneybags who flew at least 100 jets to the city and where gift items such as laptops and iPhone 12 were given out freely to privileged Nigerians who attended the wedding.

Alhaji Ado Bayero a few days ago was coming from Banjul, the Gambia when his flight was delayed for one hour. Promptly, through his cousin and protocol officer, Isa Bayero, who described himself as a pilot, put an early morning call to Allen Onyeama who was still in bed at 5:52 am. Onyeama did not pick up the call. But a second call came in at 5:59 am which woke Onyeama up. Seeing that the call was from Isa Bayero, Onyeama received it wondering why Isa was calling that early morning. Isa told his story: ‘revered’ Emir of Kano, Alhaji Aminu Ado Bayero, will be landing at the Murtala Airport that morning and therefore Onyeama should delay the Air Peace flight to Kano for 6 am so that it could take the emir and his entourage of 10 to Kano.

Onyeama asked to be allowed to check happenings at the airport concerning the flight. Onyeama got the airline’s Chief Operating Officer, Toyin Olajide who advised Onyeama that it was impossible because the plane was loaded and already taxiing. Delaying the flight for another one hour, only to open its doors for Emir Aminu Ado Bayero and his entourage of 10 will attract media outrage which will not augur well for the image of both the emir and the airline.

The airline offered the emir and his entourage another flight at 7 am, just one hour later. To Onyeama, that was a fair deal to save the image of the emir and the airline. To Isa Bayero, that was a great disrespect to the emir. Isa dragged the people of Kano into the dispute by saying that the action of Onyeama and his airline had desecrated the traditional institution of the people of Kano.

For Onyeama, with his business mind, it was businesslike not to favour just one passenger over more than one hundred others who may also have business appointments in Kano where the flight is headed. But Onyeama operates in an environment where one animal might be better than 1 million others. The Emir of Kano must be preferred above any other Nigerian because he is special. Whatever the constitution says about equality of all Nigerians must stop where the shoe of the emir begins. Whatever consequences such decision as delay of a flight for the pleasure of an emir does not matter, the pleasure of the emir, especially that of Emir of Kano must be served.
Enraged and disappointed, Isa Bayero threatened to get the Nigerian Civil Aviation Authority (NCAA), to punish Onyeama and his airline. It was not an empty threat especially if the personalities that head both the NCAA and the Ministry of Aviation are factored in. At the NCAA is Musa Shuaib Nuhu as the Director-General while at the Ministry of Aviation is Hadi Sirika, both of them from the North.

Hadi Sirika, an experienced aviation technocrat had exhibited great patriotism when he took side with Onyeama and his Air Peace in their face-off with UAE until he compelled a fair and legal deal from UAE. Hadi Sirika took his stern approach during a Muslim festival where Nigerian rich Muslims virtually empty out into UAE. He took to social media to explain his stern action and asked the Muslims to bear with the nation. It was a rare display of patriotism that got the applause of all Nigerians.

Despite this, we may not doubt the fact that Isa Bayero was emboldened in his threat to get the NCAA to punish Onyeama and Air Peace because these two bodies are headed by kith and kin, “subjects” of the emir, perhaps. It is not unusual in Nigeria. That is why the heavyweights ensure that major ministries are in the hands of “our people”. Most are known to be recommended into offices by traditional rulers not for competence but for connection and possible use in the future. The Oluwo of Iwo, Abdul Rasheed Akanbi, recently reportedly requested the sum of 20 million naira from the Osun State government to wed a daughter of the Emir of Kano to consolidate a religious and traditional alliance.

With royal fiat, Isa Bayero also gave Allen Onyeama and Air Peace three days to apologize to the emir and go to Kano physically to tender the apology. One news outlet, PM news put it bluntly as “to prostrate” an apology to the emir. Only Yoruba people will know the full meaning of that. Prostration is given by the low to the high, from a slave to his master, from a child to his parents. We don’t know exactly what Isa Bayero will do if Onyeama calls his bluff. But Isa said he and the emir will go to any length to correct the “disrespect”.

But many Nigerians are wondering why a simple business dispute should mean going to any length to extract a pound of flesh. Many can’t understand why the emir and his cousin, Isa Bayero didn’t just go to court. But going to court is not in the Nigerian character, drafting the common people to the street to attack enemies do the job better. It is not the first time. So if there is street brawling in Kano whether now or in the near future and especially if it is against the Igbo, the tribe from which businessman Onyeama hail, it must be clear to discerning Nigerians that the need to maintain and enforce the status of the emir is the cause.

Nigeria Airways, the nation’s former carrier failed because of attitudes such as this when some high-class Nigerians used it in a less than businesslike manner; when traditional rulers and the political class commandeered its flights for purely private business, and often ended up not paying the airline. During the last yuletide season, the Nigerian Railways got the approval of the president to carry people free all over the country; in a service built with loans from China which must be paid back. We must expect that when it is time for a Muslim holiday, the same gesture will be offered to make a balance between the two major religions, Islam and Christianity. It will be nothing but another preparation for failure.

If Nigeria must succeed, if it must get up from its slumber, if it must catch up with other nations that started with it at the same time but that have left it behind, Nigeria must be run like a business concern. The likes of Isa Bayero and his threats must be roundly condemned. Onyeama and other businessmen and women must run their businesses according to sound business principles. If they fail they fail but it must not be because the whim of an Emir or an Oba or an Obi or Igwe is imposed on their business.

Most importantly, Nigeria must run on the basis of true equality, justice, and competence. No Nigerian must be bigger or superior to any other. Time has come to remove all our traditional institutions because they have outlived their usefulness. They have become irrelevant to our quest to modernize. You can be sure that all the ten in the entourage of the emir including Isa Bayero are maintained by the government of Kano. You can be sure that eight of that entourage are ‘dongaris’ or palace guards, fellow Nigerians who are made to serve the emir.

We can no longer run the nation with principles developed in the 13th century. The Emir of Kano must be told in very clear terms that he is no bigger or better than any other citizen of Kano and Nigeria. All who seek to rule over other Nigerians must submit themselves to elections and seek the votes of Nigerians. It is then we know they have the consent of Nigerians. A system based on gerontocracy, aristocracy, and not a meritocracy, according to Professor Akinwunmi Adesina, the high-performing president of African Development Bank (AfDB) will tend toward mediocrity. That is the reason Nigeria is not working.

Guest Writer: Tunde Akande is both a journalist and pastor. He earned a Master’s degree in Mass Communication from the University of Lagos.