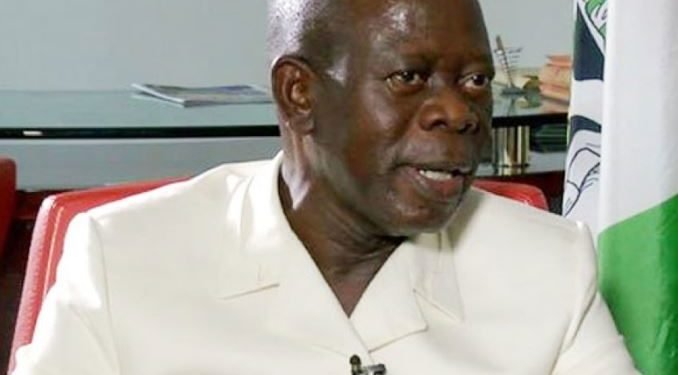 Less than 24 hours after the National Working Committee (NWC) of the All Progressives Congress (APC) set up a high powered fact-finding mission on the crisis, the Edo state APC caucus in the National Assembly on Thursday passed a vote of confidence on the National Chairman of the party, Comrade Adams Oshiomhole.

The caucus said the APC Chairman has been doing exceedingly well for the party and just won two tough elections for the party.

Speaking at a news conference, Deputy Leader of the House, Hon. Peterson Akpatson asked the state governor, Governor Obaseki and his management to appreciate the damage they are doing to the state and party with their undemocratic and unorthodox political actions and to retrace their steps with immediate effect.

The caucus also asked the governor to issue another Proclamation as stipulated in the Constitution and have all the 24 elected members properly inaugurated so they can duly represent their constituents and make contributions to the growth and development of the State,

They also said that all forms of intimidation and harassment of elected officials, appointees and perceived enemies must stop immediately while peace must be allowed to reign in Edo State, while all concerned must work to enhance democratic practices by opening up political spaces.