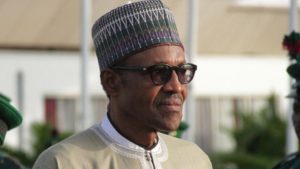 The Peoples Democratic Party, PDP, on Wednesday, said the latest report released by the National Bureau of Statistics, NBS, has exposed the incompetence of the President Muhammadu Buhari-led administration.

NBS had yesterday released its quarterly report which confirmed that Nigeria is in recession.

The report had indicated an alarming increase in the Gross Domestic Product, GDP, Inflation and Unemployment figures since Buhari assumed the mantle of leadership.

Reacting to the statistics, the opposition party’s Director on New Media, Deji Adeyanju, demanded the resignation of the President.

According to Adeyanju, nothing better showcased the incompetence of the Buhari’s administration than the Gross Domestic Product, GDP, Inflation and Unemployment figures released by NBS.

“These figures reveal what we have repeatedly said over the last 15 months, the Nigerian President is destroying the Nigeria economy.

“The result of these indices is that Nigeria is in its worst economic state for 29 years dating back to 1987 when the nation had to take harsh steps to recover from President Buhari’s policies of 1984-85. As with 1984-85, companies are fleeing our shores in droves.

“Manufacturers Association of Nigeria (MAN) recently stated that 272 companies have shut down in the past 1 year. Furthermore, like we suffered in 1984-85, we are suffering a brain drain where our best & brightest talents are leaving the country in search of a better life elsewhere.

“It is disheartening that the Buhari administration is destroying the Nigerian economy & our collective future by the implementation of his archaic & incoherent economic policies which failed in 1984-85 & are failing spectacularly now.

“Our dismay is worsened by the fact that every sphere of the Nigerian socio-political space (ranging from the conduct of elections, human rights, respect for the rule of law, security, technology, health etc) is negatively affected by the Buhari administration.

“We join all well meaning Nigerians to call on Buhari to resign if he is unable to reverse the disastrous economic decline he has brought on Nigerians.”