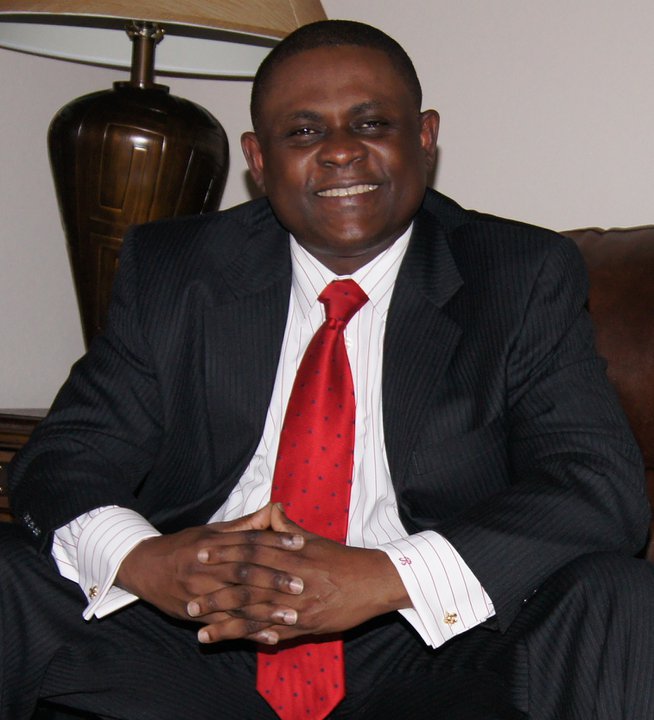 Bennet Ifeakandu Omalu (born September 1968) is a Nigerian American physician, forensic pathologist, and neuropathologist who was the first to discover and publish findings of chronic traumatic encephalopathy (CTE) in American football players while working at the Allegheny County Coroner’s Office in Pittsburgh. He later became the chief medical examiner for San Joaquin County, California, and is a professor at the University of California, Davis, Department of Medical Pathology and Laboratory Medicine.

Omalu was born in Nnokwa, Idemili South, Anambra in southeastern Nigeria, on September 30, 1968, the sixth of seven siblings. He was born during the Nigerian Civil War, which caused his family to flee from their home in the predominantly Igbo village of Enugu-Ukwu in southeastern Nigeria. They returned two years after Omalu’s birth. Omalu’s mother was a seamstress and his father a civil mining engineer and community leader in Enugu-Ukwu. The family name, Omalu, is a shortened form of the surname, Onyemalukwube, which translates to “he who knows, speak.”

Omalu began primary school at age three, and earned entrance into the Federal Government College Enugu for secondary school. He attended medical school starting at age 16 at the University of Nigeria, Nsukka. After graduating with a Bachelor of Medicine and Bachelor of Surgery (MBBS) in June 1990, he completed a clinical internship, followed by three years of service work doctoring in the mountainous city of Jos. He became disillusioned with Nigeria after presidential candidate Moshood Abiola failed to win the Nigerian presidency during an inconclusive election in 1993 and began to search for scholarship opportunities in the United States. Omalu first came to Seattle, Washington in 1994 to complete an epidemiology fellowship at the University of Washington. In 1995, he left Seattle for New York City, where he joined Columbia University’s Harlem Hospital Center for a residency training program in anatomic and clinical pathology. 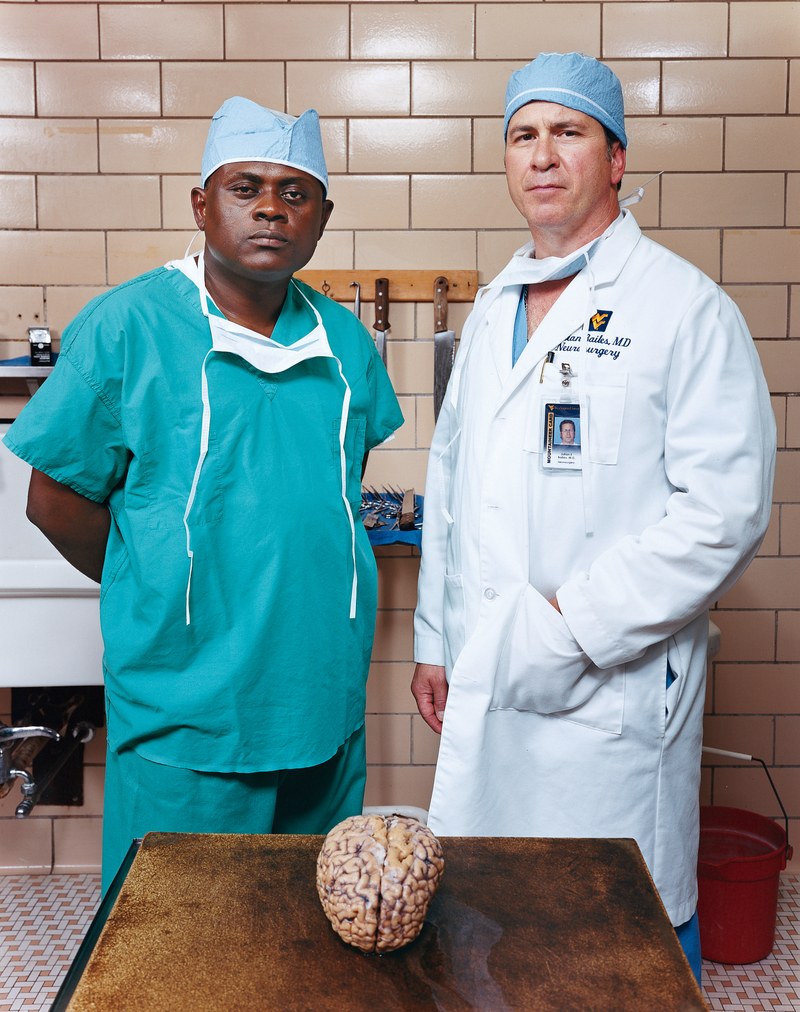 After residency, he trained as a forensic pathologist under noted forensic consultant Cyril Wecht at the Allegheny County Coroner’s Office in Pittsburgh. Omalu became particularly interested in neuropathology.

Omalu holds eight advanced degrees and board certifications, later receiving fellowships in pathology and neuropathology through the University of Pittsburgh in 2000 and 2002 respectively, a Master of Public Health (MPH) in epidemiology in 2004 from University of Pittsburgh Graduate School of Public Health, and a Master of Business Administration (MBA) from Tepper School of Business at Carnegie Mellon University in 2008.

Omalu is currently chief medical examiner of San Joaquin County, California and is a professor in the UC Davis Department of Medical Pathology and Laboratory Medicine.

Criticism has surrounded CTE as there is a lack of consensus among medical professionals as to the validity of this condition. The annual meeting of the American Academy of Clinical Neuropsychology (AACN) in 2013 included a debate between two sports concussion experts regarding the validity (or existence) of CTE. However, in March 2016, the NFL’s senior vice president for health and safety policy, Jeff Miller, testified before congress that the NFL now believed that there was a link between football and CTE.

Together with colleagues in the Department of Pathology at the University of Pittsburgh, Omalu published his findings in the journal Neurosurgery in 2005 in a paper titled “Chronic Traumatic Encephalopathy in a National Football League Player.” In it, Omalu called for further study of the disease: “We herein report the first documented case of long-term neurodegenerative changes in a retired professional NFL player consistent with chronic traumatic encephalopathy (CTE). This case draws attention to a disease that remains inadequately studied in the cohort of professional football players, with unknown true prevalence rates.” Omalu believed the National Football League (NFL) doctors would be “pleased” to read it and that his research could be used to “fix the problem.”The paper received little attention initially, but members of the NFL’s Mild Traumatic Brain Injury (MTBI) Committee later called for its retraction in May 2006. Their letter requesting the retraction characterized Omalu’s description of CTE as “completely wrong” and called the paper “a failure.”

Omalu later partnered with Julian Bailes, a neurosurgeon, concussion researcher, and then chairman of the Department of Neurosurgery at West Virginia University School of Medicine, and West Virginia attorney Robert P. Fitzsimmons, to found the Brain Injury Research Institute, establishing a brain and tissue bank.

In November 2006, Omalu published a second Neurosurgery paper based on his findings in the brain of former NFL player Terry Long, who suffered from depression and committed suicide in 2005. Though Long died at 45, Omalu found tau protein concentrations more consistent with “a 90-year-old brain with advanced Alzheimer’s.” As with Mike Webster, Omalu asserted that Long’s football career had caused later brain damage and depression. Omalu also found evidence of CTE in the brains of retired NFL players Justin Strzelczyk (d. 2004 at 36 years old), Andre Waters (d. 2006 at 44), and Tom McHale (d. 2008 at 45).

In summer 2007, Bailes presented his and Omalu’s findings to NFL Commissioner Roger Goodell at a league-wide concussion summit. Bailes later said the research was “dismissed.” The NFL’s MTBI committee chair, Ira Casson, told the press: “In my opinion, the only scientifically valid evidence of a chronic encephalopathy in athletes is in boxers and in some Steeplechase jockeys.”

The NFL did not publicly acknowledge the link between concussions sustained in football and CTE until December 2009, seven years after Omalu’s discovery.

Omalu has also discovered CTE in the brains of military veterans, publishing the first documented case in a November 2011 article. Omalu found evidence of CTE in a 27-year-old Iraq War veteran who suffered from post-traumatic stress disorder (PTSD) and later committed suicide. Omalu’s paper links PTSD to the CTE spectrum of diseases and calls for further study. 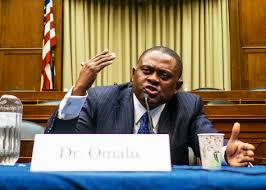 Omalu’s efforts to study and publicize CTE in the face of NFL opposition were reported in a GQ magazine article in 2009 by journalist Jeanne Marie Laskas. The article was later expanded by Laskas into a book, Concussion (Penguin Random House, 2015), and adapted into a film of the same name where Omalu is the central character portrayed by Will Smith. The film has been criticized for not being truthful to the actual events. Nevertheless, the movie’s production led to the creation of a foundation named after Omalu to advance CTE and concussion research.

In September 2016, Omalu attracted media attention when he suggested on Twitter that Hillary Clinton was possibly poisoned and advised members of her presidential campaign to “perform toxicologic analysis of Ms. Clinton’s blood.” He further tweeted, “I do not trust Mr. Putin and Mr. Trump. With those two all things are possible.”

Omalu’s book Truth Doesn’t Have a Side: My Alarming Discovery about the Danger of Contact Sports was published in August 2017 by HarperCollins.

Omalu is married to Prema Mutiso, originally from Kenya. They live in Lodi, California and have two children, Ashly and Mark. He is a practicing Catholic, and became a naturalized U.S. citizen in February 2015.