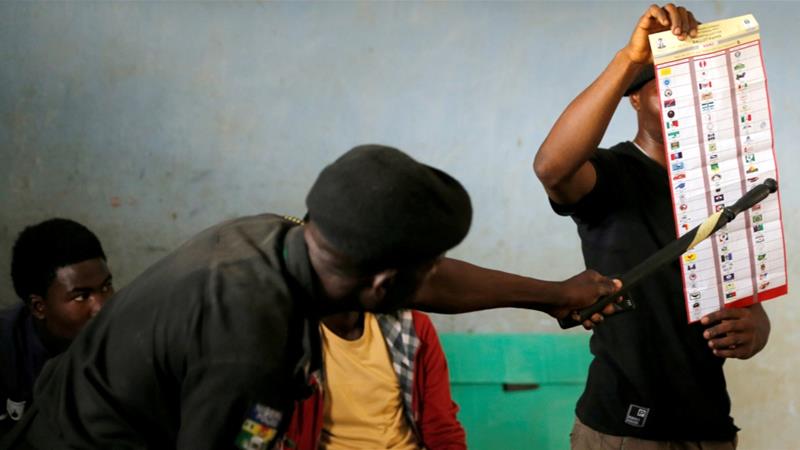 The violence during Nigeria’s delayed presidential and legislative polls has claimed at least 27 lives and injured several others, an NGO closely following the election said.

On Sunday, the Election Network group said the outbreak of violence was “worrying” and the authorities had been warned about the risk as another civil society group said the death toll could be as high as 35.

“Prior to the polls, we tracked 251 election-related deaths and circulated it to the relevant stakeholders, so the warning signals are there but nothing was done about it,” Election Network lead strategist Adewunmi Emoruwa said.

“[The] government must now show strong will to prosecute [the] agents responsible for the violence, otherwise we might witness a resort to self-help by citizens, which could potentially escalate the situation and lead to more deaths post elections,” he added.

Violence affected areas in the country’s restive northeast prior to polling on Saturday.

There were explosions on the polling day in Maiduguri, the capital of Borno state, which has come under repeated attacks by the Boko Haram.

Residents of Geidam in neighbouring Yobe state were forced to flee their homes into the bush before polls opened.

Some ballot collection centres in southern Nigeria were attacked overnight as results trickled in.

Buba Galadima, spokesman for the main opposition People’s Democratic Party’s presidential candidate Atiku Abubakar, was taken away by unidentified men on Sunday afternoon and his whereabouts are unknown, according to Michael Olayanju, Galadima’s personal assistant.

“We don’t know where he is and we don’t know the mission of those that have taken him away. There is no word until now,” Olayanju told Al Jazeera.

Vote delays
Late delivery of voting materials affected polling as Nigerians turned out en masse to vote in what is expected to be the closest presidential election in the country’s political history.

The elections were marred by delays in delivery of voting materials and attacks.

The Independent National Electoral Commission (INEC) is investigating allegations of violence and theft of electoral materials during the voting for closely-fought presidential and legislative elections.

Is democracy the answer to Nigeria’s woes?
The civil society situation room group is calling on the electoral commission to resolve some of the logistical lapses.

“In Lagos State, for instance, there are reports of disruption of voting by suspected political thugs who have shot in the air in some places and set ballot boxes and paper on fire in others,” Clement Nwankwo said.

Initial results from some states indicated a close race, but both sides say they were confident of victory.

Young and unemployed in Nigeria
“I will congratulate myself; I am going to be the winner,” Buhari said on Saturday after voting in his Daura home.

Abubakar is optimistic about his party’s chances of victory after the polls.

“We look forward to sharing some exciting news in other parts of the country very soon, which will confound all the armchair pundits,” he said.

“The people of Nigeria can take solace that very soon the living nightmare of the last four years will come to an end so that together we will get Nigeria working again,” Abubakar added.