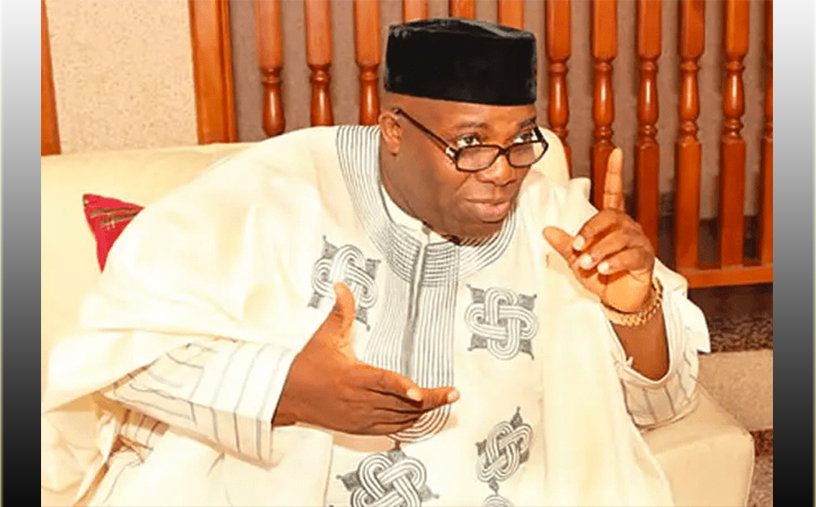 The former Director-General of the Labour Party Presidential Campaign Council, Dr Doyin Okupe, who was arrested yesterday at the Murtala Muhammed International Airport,  by officers of the Department of State Services (DSS), has been released on the prompting of the Economic and Financial Crimes Commission (EFCC), while stating that his arrest was a mistake that shouldn’t have happened.

According to the former Special Assistant on Media and Publicity to former President Olusegun Obasanjo and Senior Special Assistant on Public Affairs to President Goodluck Jonathan, his passport been seized long ago by the Abuja Federal High Court even long before he was even found guilty of violating the Money Laundering Act which earned him a two and a half year imprisonment.

He added that the EFCC officers in Lagos and Abuja had since apologize for the mistake they made by arresting him. He explained on his Twitter handle that he was arrested and detained at the international wing of the Murtala Mohammed Airport, Lagos on his way to the United Kingdom for his medicals, years after his passport was seized by the Federal High Court, Abuja.

His words: ‘I was arrested and detained at the Murtala Muhammed International Airport, Lagos this morning, January 12, on my way to the UK for medicals, years after my passport was withheld by the FHC, Abuja. I just left the EFCC office where the senior and younger officers in Lagos and Abuja apologised to me for the error.’

Meanwhile, DSS spokesman, Dr. Peter Afunanya, who confirmed the arrest, had said Okupe’s interception was at the instance of the EFCC and he was handed over to the agency. He had earlier stated that Doyin Okupe’s arrest turned out to be done, based on a watch-list issued by the EFCC over six years ago. The anti-graft agency, however confirmed that they released him almost immediately after because the watch-list had expired.

On his part, the Head, Media and Publicity of the EFCC, Wilson Uwujaren also confirmed that the watchlist was issued by the commission on July 18, 2016, which was about 6 years before the recent conviction of the embattled Doyin Okupe on money laundering charges by the Abuja Federal High Court.

In a statement released by Uwujaren and titled ‘Interception of Doyin Okupe’, he explained: ‘The DSS, today, January 12, informed the commission of the interception of Dr. Doyin Okupe, former presidential adviser, at the Murtala Muhammed International Airport in Lagos. The service acted on a watch-list request issued on July 18, 2016, over six years before his recent conviction on money laundering charges by the Federal High Court, Abuja.’

‘The commission was in the process of formally lifting the watch-list before his interception and will expedite action in this regard.’

Counsel to Doyin Okupe, Tolu Babaleye, posted on Facebook that a DSS operative demanded that he should produce proof of court processes of the fine paid by Okupe on his Money Laundering case and wondered when all the harassment on his client would stop.

His words: ‘When will this harassment stop? Who is after Dr. Okupe? As of today, the man has no case to answer, I hereby demand that the DSS should release my client immediately as this is a violation of his freedom of movement, right to liberty and dignity of human person. This is unfair as the man’s health is fast failing,’ he decried.