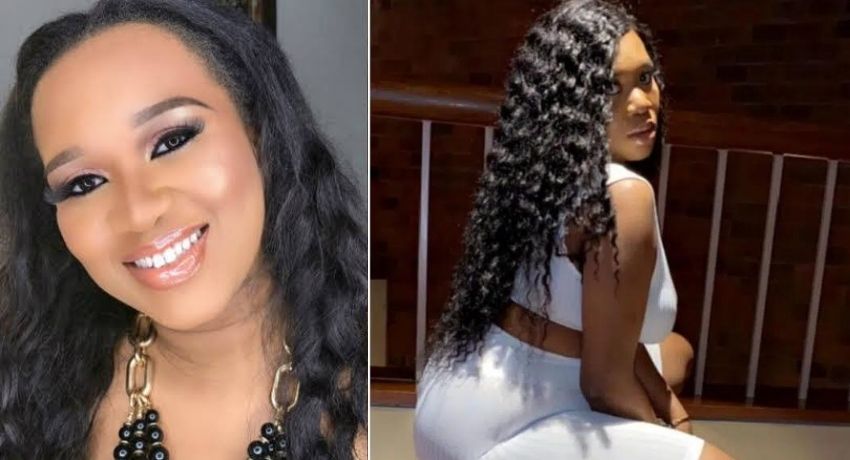 It looks like popular Nigerian businesswoman Sandra Iheuwa is not done with Lekki wives as she has again called them out, telling men to go for DNA test to avoid catering for another man’s child.

This is coming after Sandra who has three children outside wedlock spoke about the shocking rate married women cheat on their spouse.

Judging from her post, she received a lot of backlash from netizens who accused her of being guilty of the same act she condemned.

WITHIN NIGERIA recalls that, Sandra Iheuwa spoke about the alarming rate married women cheat on their husbands, especially the ones living in the Lekki part of Lagos State.

She expressed disappointment and dissatisfaction on the level of cheating that has become rampant in Lekki.

In a fresh post the mother-of-four has beckoned on men especially those residing in lekki to have a DNA test as soon as possible.

Explaining herself, she said men need DNA test because a lot of women have kids for different men outside marriage and will bring them home to their husbands.

She also called out men and women who remain in abusive marriages because they care about what people would say.

She then used her life as an example, confirming that she has children for different men but never cheated while married. She wrote: 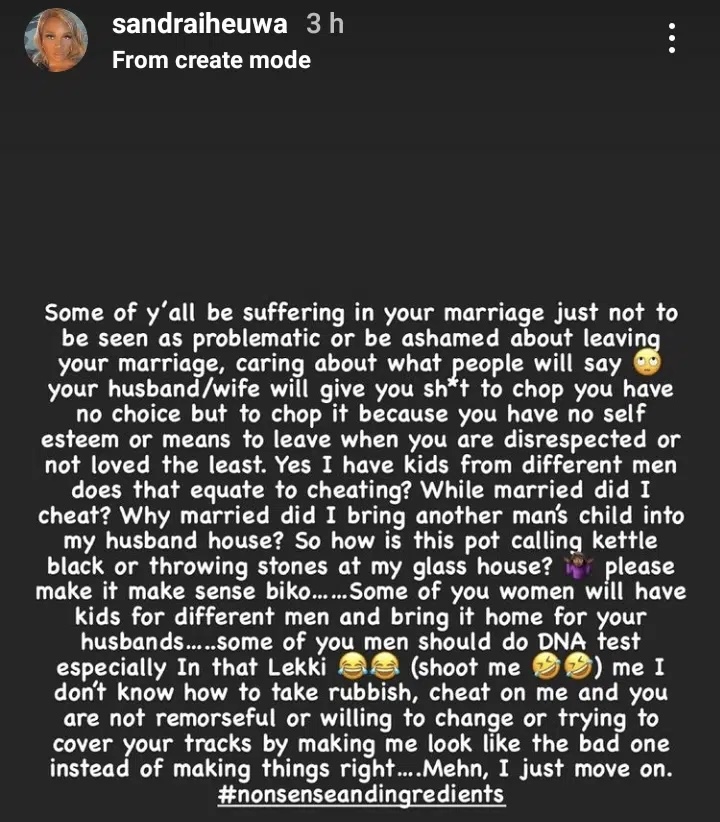