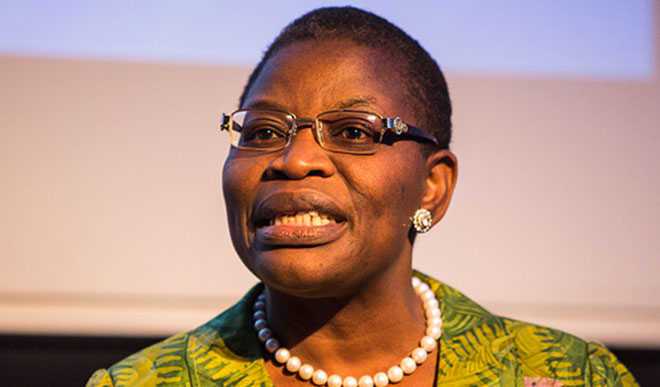 While Junaid Mohammed alleged that there was infighting between the nation’s security and anti-graft agencies in the present government, Ezekwesili faulted the President’s approach to management of the economy, which, according to her, led the naira to a free fall and the economy in recession.

But Keyamo said the President had done well in the last three years, considering the circumstances under which he assumed office.

The trio spoke, yesterday, on a Channel Television programme, designed to x-ray the performance of Buhari’s government since it assumed office three years ago.

Speaking further, Mohammed said the Economic and Financial Crimes Commission, EFCC, was “at war” with the Department of State Services, DSS, and that there is “terrible confusion” at the National Intelligence Agency, NIA.

Mohammed, who noted that the “infighting” had marred the current administration’s fight against corruption, said: “Today, the DG of DSS is not on speaking terms with the person he is supposed to coordinate some of these things with.

“The EFCC is at war with the DSS. The NIA is in terrible confusion that the DG does not even go to his office, he has a new office in the presidency.”

Reacting to Mohammed’s claim, Keyamo described it as lies and unfounded, adding that “t is not true. These are gentlemen I know, they talk; these are things we push into the public space that we are not sure of. What facts do you have to back it up?”

Keyamo said the perceived bickering between the security agencies was only a difference in perspective, stressing that the disagreement between the agencies was a “credit” to the government.

“The president allows the agencies to do their work. The DSS is not looking at the body language of the president that he has appointed this person, so I will cover whatever he has done because the president wants him to be in office,” he said.

Also speaking on the programme, former Minister of Education, and now leader of the Bring Back Our Girls, BBOG, group, Oby Ezekwesili, accused President Muhammadu Buhari of murdering the naira.

Ezekwesili also accused the President of delayed decision making, particularly in matters regarding the nation’s economy.

The former minister said: “Timing is everything in economic management. A decision making that is timely determines what all the other participants in the economy will do. If you lost time, you cannot in anyway, say it didn’t matter.”