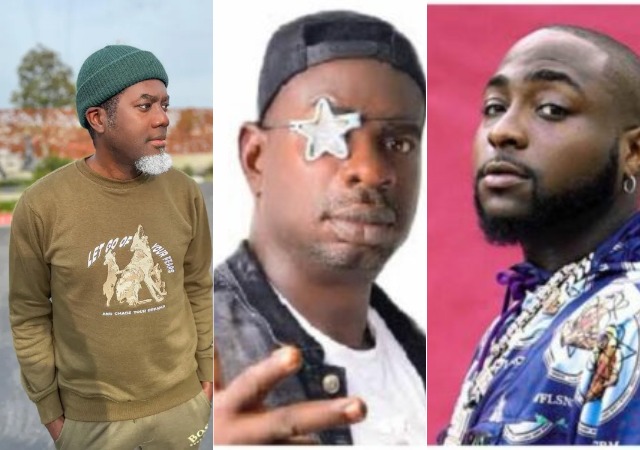 When award-winning singer, David Adeleke, popularly known as Davido, posted a video on his Instagram page soliciting for N1m donation each from his friends to be used in clearing his new Rolls-Royce ahead of his 29th birthday, Nigerians never knew he had other plans until news of Davido’s N250m donation to orphanages shook the airwaves, attracting reactions from Nigerians the world over.

The actual amount donated by his friends was N201m, but Davido made an announcements through his Twitter handle that he would add 50 million to the amount received to those orphanages including a non-governmental organization, known as Paroche Foundation.

In reaction to Davido’s N250m donation, human rights activist, Reno Omokri opined that the popular  musician has more wisdom than those who donated money to him.

Omokri stated in his Facebook page that Davido understands the spiritual realm and the ways of God and has secured a soft spot in the heart of the Creator by virtue of James 1:27. He described Davido as a man with a heart of gold and somebody to be watched for the future. He however said that those who donated money to him should read Proverbs 22:16, referring to their gift of money to the musician as an entirely different ball game.

Omokri explained that human nature is very vain as only a few people will donate N1million to orphanages that really need the money but will fall over themselves to donate N1m to Davido who doesn’t need the money, adding that Davido understood that, which was why he did what he did.

Hear him: ‘If he had asked them to donate to orphanages, you wouldn’t see the deluge of Naira rain you saw’.

‘Davido showed a deep understanding of human nature. I personally believe that this was his intention all along. And I love how he added ₦50 million of his own money’.

‘That will show those who said that he was doing this because he is broke that they are the ones who are broke, both morally and financially. Bravo David Adeleke. Bravo!’, he concluded.

Shortly after Davido’s N250m donation to orphanages was announced, veteran Nigerian musician, Friday Igwe, popularly known as Baba Fryo, expressed his disappointment in the Osun state born Davido for neglecting him during his trying times, only to gift N250m to unknown orphans.

He went on to his Instagram account to post that he found it funny seeing Davido’s N250m donation to orphans he did not know, whereas during his depression, he reached out to many of his musical colleagues including Davido and Tuface, only for them to ignore his cry for help, saying that it was people who had never met him that responded to his call.

Hear him: ‘White people do not do all these things. All what we are doing will look so funny to them. I am not saying that giving money to orphanages is a bad thing because I am an ambassador to an NGO that I do not collect a dime from. But funnily enough, when I was depressed and had problems, the NGO did not respond. You see how we are? Now, I am seeing N200m and they are posting it everywhere; Davido gives money to orphanages and inaugurates a five-man committee to distribute that money. Everything sounds funny to me’.

‘If I see someone doing good, I appreciate them. I am not saying it is a bad thing. I just want to ask people why someone like me that people know, who cried out; why did they not help the person that they know? It is the people that they do not know or can see their faces that they are helping out with N250m. Let’s all think: will we call that wickedness or ignorance’?

‘I tagged the Delta, Rivers and Lagos State governments, none of them came to my aid. Is that wickedness or ignorance? But today, I am seeing that N250m is going to be distributed to orphanages all over Nigeria. I will advise Nigerians to open their eyes’, he concluded.

Meanwhile, Davido, who has shown utmost appreciation to all donors, clearly stated that the people whom he appreciated most were those that contributed little amounts of money to him because he believed it might be all they had. He has also promised that the  donations to those orphanages will henceforth be done yearly.

For transparency, he formed a five-man disbursement committee to see to the distribution of funds to all beneficiaries.